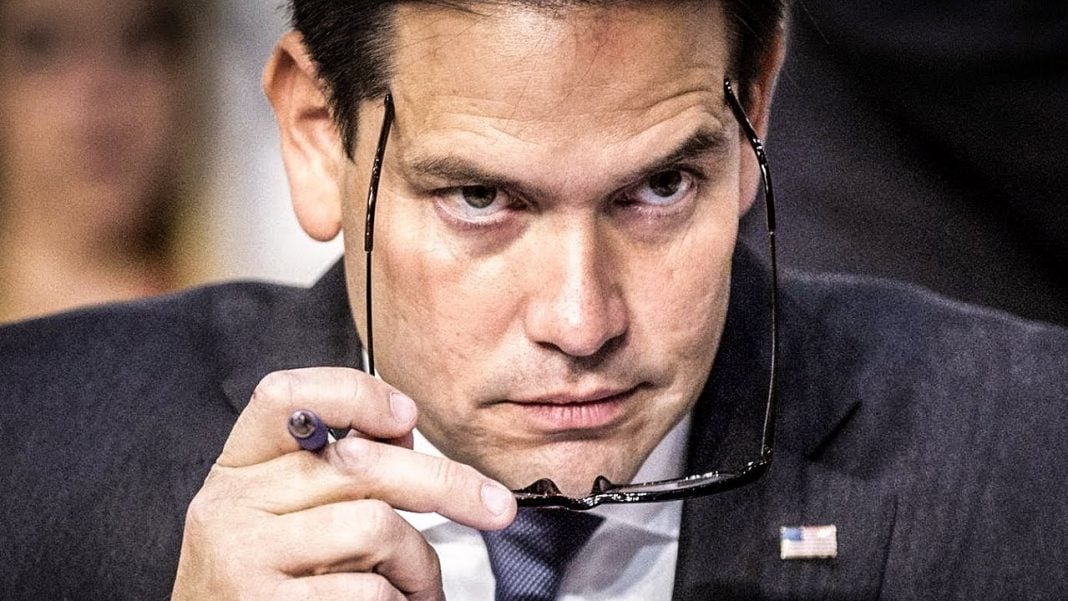 In an interview with Politico this past week, Republican Senator Marco Rubio made it painfully clear that his Party intends to cut Social Security and Medicare funding in the months to come, after they end up passing their corporate tax cuts, of course. The goal of the Republican Party is perfectly clear: They want to give everything they can to corporations while taking everything away from the rest of us. Ring of Fire’s Farron Cousins discusses this.

Republican Florida Senator Marco Rubio gave an interview with Politico this week, where he explained, without mincing words whatsoever, that once the Republicans are finished with their disgusting tax cut package for millionaires and billionaires, they’re going to help offset those costs by cutting Social Security and Medicare in the United States.

Now, if you’re unfamiliar with those programs, Social Security is the program that you pay into throughout your entire life, so that you can get a little bit of money back when you retire. Maybe it’s enough so you don’t have to work. In most cases, it’s enough to where a part-time job and your Social Security money will be able to get you through during your golden years. You’ll never be able to fully retire, but at least you’ll have a little bit coming to you.

Medicare is the program for senior citizens that provides partial health insurance for some things, doesn’t cover everything. Most of them have to go buy a supplemental plan, but at least it helps them out to an extent. And Marco Rubio says that, because these Republican tax cuts are going to, you know, add trillions to the deficit, those nasty little Social Security and Medicare payments are going to be drastically reduced, because we’ve gotta get more money to the rich in the United States.

Marco Rubio wants to send your grandparents, or possibly even yourself, he wants to ship you down the river, because he wants to give more money to his wealthy donors. Grandma and Grandpa, in this instance, are going to be screwed. They’re never going to be able to retire. They’re going to keep working until the day they die, just because they won’t be able to afford health insurance. And they won’t be able to retire, because Social Security will be cut down to nothing.

And more importantly, Rubio’s absolutely lying. During this Politico interview, Rubio told us that the main drivers of the debt and the deficit are Social Security and Medicare, because the way those programs are structured is just screwing everything up. There are no facts in this country that support Rubio’s claim, there. None.

I am absolutely sick and tired of seeing these disgusting, worthless wastes of oxygen, people like Marco Rubio, going forward, lying to the public, lying with a straight face, lying with impunity, screwing over everyone so that they can give their wealthy donors more money. That is what this is about. That is what Republicans want to do, and that is the only thing they know how to do.

So Grandma, Grandpa, Mom, Dad, brothers and sisters, you’re gonna get screwed under the Republican rule that currently takes hold in Washington, D.C. But the wealthy elite, if you’re already a millionaire, already a billionaire and have nothing to worry about, they want to actually just hand you more cash each year, because they’re hopeful some of that cash is going to find its way back into their campaigns. These people are absolutely disgusting.