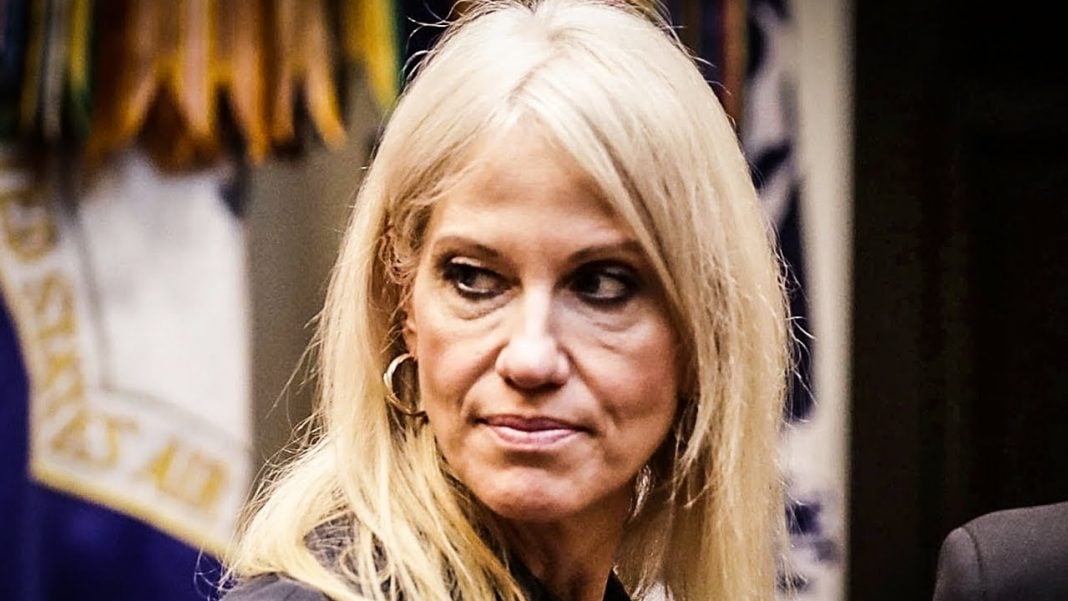 Attorney Jeff Sessions announced this week that Kellyanne Conway is going to be in charge of the Administration’s response to the opioid epidemic. Conway has no experience with drug policy, pharmaceutical regulation, or even speaking in factual sentences, and we’re somehow supposed to believe that she can help solve one of the greatest public health crises of modern times? Ring of Fire’s Farron Cousins discusses this.

Not that long ago the Trump administration finally decided to take action on the opioid epidemic here in the United States that’s killing an estimated 91 American citizens a day, 33,000 American citizens every year. They were going to finally take it seriously, declare it a national emergency and do something to combat the problem, and Wednesday of this week Attorney General Jeff Sessions held a press conference where he told us exactly how they’re going to solve that problem. Jeff Sessions approached the podium and he told us, “Ladies and gentlemen, we know who’s going to lead this effort to combat the opioid epidemic in the United States. And that person is White House counselor Kellyanne Conway. Jeff Sessions, Attorney General of the United States, told the American public with a straight face that a woman who has no experience in drug policy, no experience with pharmaceuticals, no experience with telling a factual sentence, is now going to be spearheading the administration’s efforts to combat one of the largest public health crises in modern times in the United States.

I think she’s going to blame it all on the victims here, the people who were prescribed opioids didn’t know quite what they were, took them, became addicted and either died or had their lives ruined as a result of this. This is an epidemic that was pushed from day one by big pharma and opioid distributors in the United States. The documents in the lawsuits that have been filed show that. This opioid … the pills … the Oxycontin, Tramadol, things like that, they went from making a few hundred thousand dollars per year when they were first introduced, to a few years ago pulling in $4 billion dollars a year per pharmaceutical company. They’re multi-billion dollar pills. They’re not just going to give it up because Kellyanne Conway walks up to them and says, “Hi, I’m Kellyanne. Can we stop this epidemic?”

This isn’t going to work, and putting Kellyanne Conway in there in the first place proves that this administration is not taking the problem seriously. There are very real steps that could be taken to rein in the behavior of the pharmaceutical companies and the distributors, but that involves holding them accountable, throwing people in jail, releasing the documents to the public so that we understand exactly what they did and why they did it. Kellyanne Conway is not the person to do that. Jeff Sessions isn’t the person to do that. Nobody within the Trump administration is the person to do that, because they are joined at the hip with industries all over this country. And if we think that they’re going to take the opioid epidemic seriously, then we actually deserve somebody like Kellyanne Conway.