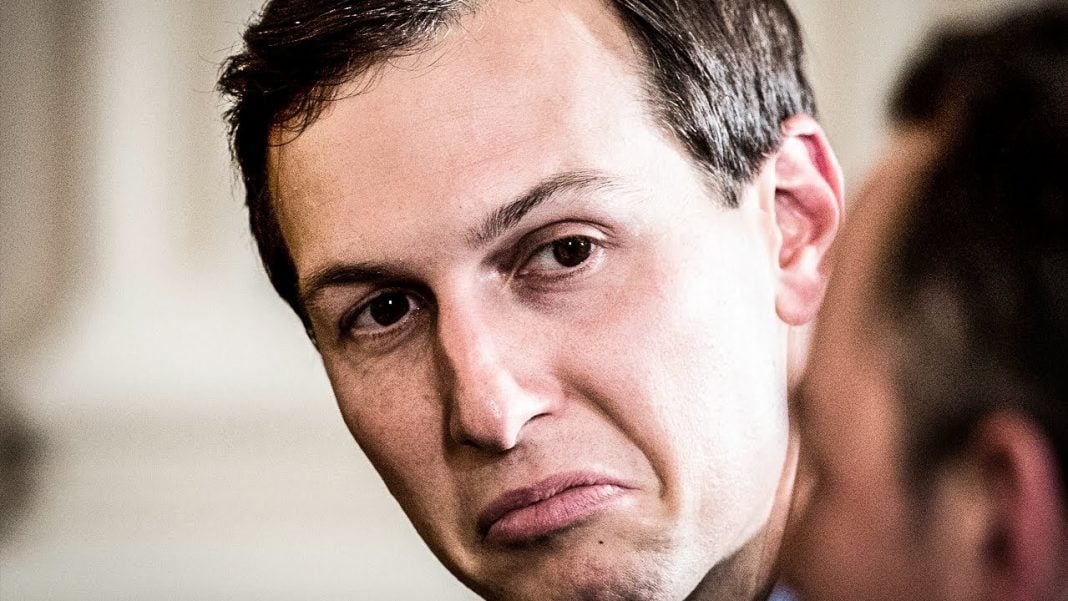 Donald Trump’s son-in-law Jared Kushner has so far been unable to fully pass a background security investigation in order to obtain a full security clearance to access top secret documents and other intelligence. However, he still has a temporary clearance that allows him access. This man is clearly a threat to national security, but Trump won’t do a thing about it, as Ring of Fire’s Farron Cousins explains.

Jared Kushner, a senior advisor to Donald Trump, who also happens to also serve as Donald Trump’s son-in-law, has still been unable to pass his security clearance background check investigation. Yet for some reason, still holds a temporary security clearance, giving him access to top secret intelligence that the United States of America does not want the average person in this country to know.

Jared Kushner has access to information of some of the biggest secrets that the United States has ever kept, and yet he’s so inept and corrupt that he still can’t even pass the actual investigation to get a security clearance.

As it stands right now, the security clearance that Jared Kushner possesses is a temporary one. It is meant to just kind of give him access to all the shit he shouldn’t have access to while he’s under investigation and that clears, and he gets his full blown permit, whatever.

The problem is, according to officials, he’ll never pass that background check. He’s lied too many times on his disclosure forms. He poses too much of a threat to national security as a result of his dishonesty. He will never be able to pass that background check. If that is the conclusion of intelligence officials, then he will lose his temporary security clearance, won’t have access to that stuff anymore.

That doesn’t matter, because all throughout this time, he has access to it. This idiot, this kid, this charlatan huckster, has access to information that most of us could only dream of, not because we want to take down the United States or something stupid like that, but this guy knows secrets. This guy knows what’s actually happening.

Hell, this guy might actually know if the United States actually covered up evidence of aliens landing here back in Roswell all those decades ago. Isn’t that ridiculous? Shouldn’t Jared Kushner, this little dimwit, not have access to things like that?

At some point, we have to look at the Trump administration and be honest with ourselves, and say that this a wholly corrupt, completely inept, criminal enterprise. That’s what it’s become.

To be honest, in the Jared Kushner case here, I don’t think him not passing his security background check is going to be much of a big deal. After all, we do know that the special prosecutor’s office seems to be homing in right on Jared Kushner. By the time they get around to finishing that investigation, this kid could already be indicted, and therefore denied outright any kind of security clearance, not just now, but for the rest of his life.