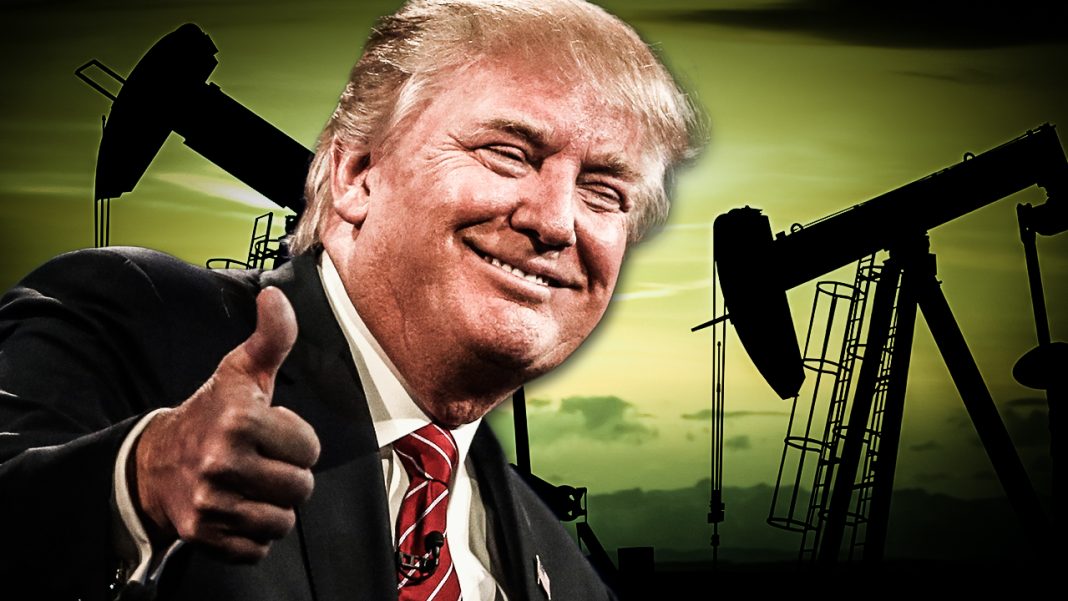 Donald Trump has not accomplished very much during his first year in office, but one of the few things that he has been able to do is to hand over the keys to the kingdom to wealthy corporations. The level of corporate pollution in the US is about to massively spike, a move that will disproportionately affect the poor and people of color in the United States. As Ring of Fire’s Farron Cousins explains, this is racial and economic warfare against American citizens and no one is talking about this growing threat to our lives.

Donald Trump has no legislative accomplishments to his name during his first year in office, but that doesn’t mean it’s been a complete failure for him. He has managed to repeal many regulations put in place by the Obama administration that help save American lives. The repeal of those regulations is about the only thing he has going for him, but to be honest, that’s about the only thing that corporations in the United States wanted from him to begin with other than tax breaks, but those could very soon be coming for them. Here’s what’s happening in the United States today. There is a racial war taking place, there is an economic war taking place here in the United States, and it’s being waged by Republicans like Trump, and Paul Ryan, and Mitch McConnell, and wealthy corporations.

Here’s how it works. When Donald Trump comes in and repeals regulations, for example, the Clean Power Rule that regulates the amount of emissions that can come out of coal power plants, when they repeal rules on the amount of industrial toxins that can be dumped into rivers, and streams, and smaller bodies of water, which they’ve done, when they look to cut other regulations that will allow corporations to spill more, to dump more in our backyards, believe it or not, that is a form of racial and economic warfare here in the United States. According to a recent article that I read on Mother Jones, I believe it was posted from The Guardian, people of color in the United States, black people, Latinos, they are more disproportionately affected by corporate pollution than other races here in this country. Any time these corporations go out there and they start dumping these poisons in somebody’s backyard, odds are that that person happens to be a black person or a Latino. Those are the ones who are being poisoned at a higher rate than other people in this country. Yes, that is a form of racial warfare being waged by corporations.

Furthermore, of all the people, all races, who are most affected by corporate pollution, it’s the underclass, poor people here in the United States. After all, they’re not going and dumping these toxins into the gated communities. They’re not going into the wealthy neighborhoods and poisoning their water. They’re going after the people who don’t have the means to fight back. They’re going after the people who do not have the option of buying these fancy expensive whole home water filtration systems. They have to drink it out of the tap. If that water is flammable because of the fracking fluids in it, that’s what you get for being poor.

This is economic warfare, and all of this is happening with the green light from the Republican Party. The repeal of these regulations in Washington DC from the EPA is allowing this war to continue. We have to stop this. This, of all things, should be at the top of the list of why people should avoid voting for Republicans. We can’t undo this kind of environmental damage. We cannot bring the people who die from the cancers caused by these toxins back to life with the next administration. We can’t go through and just filter out all of this water and get the toxins out in the next year or two. Those things take decades. We can’t undo this damage in our lifetime, but Republicans are going to keep it coming. To be honest, the longer Donald Trump stays in office, the longer Republicans have control of the House, and Senate, and the EPA, and the White House, and the Supreme Court, the worse this problem is going to get.

This is a racial issue, this is an economic issue, and this is in general an American issue. This does affect every single one of us, but the numbers are very clear. It disproportionately affects people of color far more than it does any other race here in the United States. That is racial warfare, and it’s being waged by corporations via pollution.