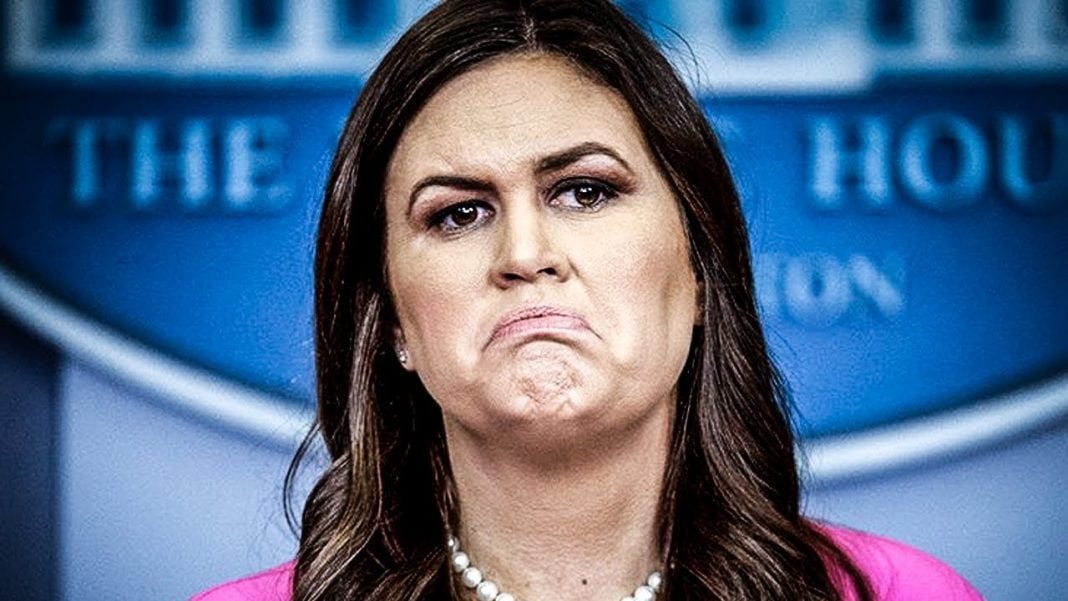 According to Republican strategist Rick Wilson, White House Press Secretary Sarah Huckabee Sanders knows that she is lying to the American public on a daily basis, she just doesn’t care. This is about the only plausible explanation as to why Sanders, and so many others in the Trump administration, continue to lie to the public on behalf of the President. Ring of Fire’s Farron Cousins discusses this.

During a recent appearance on CNN, Republican strategists Rick Wilson said that White House Press Secretary Sarah Huckabee Sanders is absolutely aware that she is lying to the American public on a daily basis. The problem is, she simply doesn’t care. According to Rick Wilson, Sarah Huckabee Sanders knows that she’s lying. She just does it anyway. She is making a conscious choice as White House press secretary to go out there every day and lie to the American public on behalf of Donald Trump.

And to be honest it’s not just Sarah Huckabee Sanders. It was Sean Spicer before her. It was Kellyanne Conway. It’s White House Chief of Staff John Kelly. It was Bannon. It was Gorka. It was Steve … or Scaramucci. It was Mike Flynn during his very short time in office. It’s every single one of them but Sarah Huckabee Sanders catches the most flack for it because she does it most frequently. After all, as press secretary she is essentially the public face of the Donald Trump White House and she has a very real problem with accepting reality. Instead she is resorted to the same kind of tactics that Donald Trump himself uses on Twitter, attacking people as fake news. Saying things aren’t real. Deflecting from real topics in order to get people to talk about diversions.

She’s horrible. And that’s the bottom line here. Everyone in this administration is beyond horrible for this country. None of them are honest people. None of them ever go out there and tell us the truth. And yet we still have people in this country who think that that’s okay. They’re going to sit there and lie to our faces when we can easily verify that they are lying. Call them out on the lie and they’ll just double down on it.

They like that. Even if they know it’s not true, they like to hear it because in their minds that’s just a couple of good old American citizens telling it like it is. Well here’s like it is. Sarah Huckabee Sanders is an absolute liar. A pathological liar. She lies so frequently that it makes you wonder whether or not she has some kind of mental condition that prevents her from actually being able to tell the truth. And to be honest, I wouldn’t be surprised if that were the case.