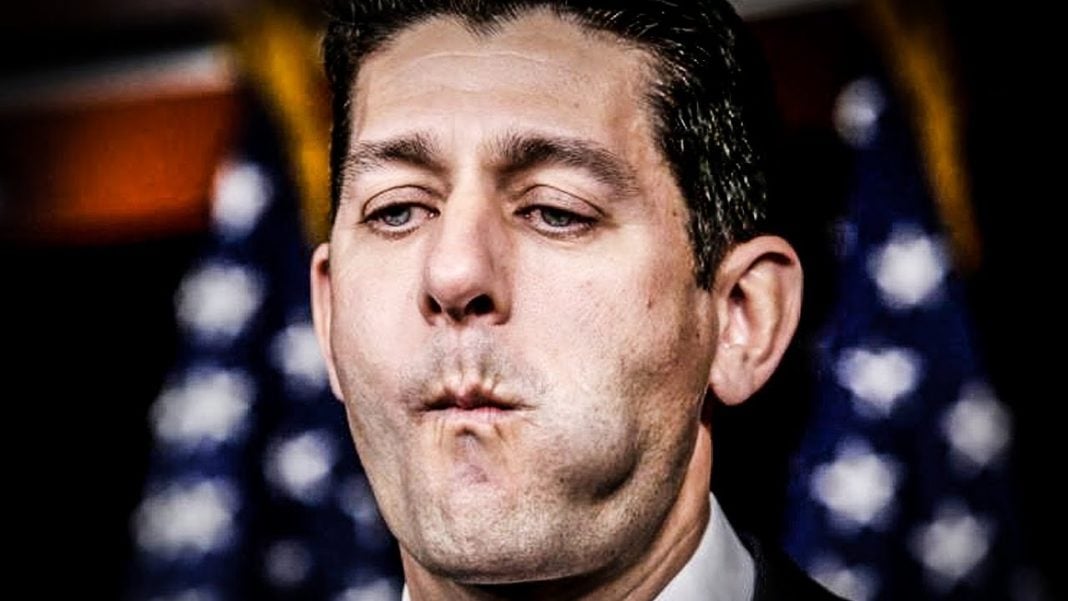 According to a recent scoring by the Congressional Budget Office, millions of American citizens will lose their ability to afford health insurance if the Republican tax plan gets signed into law. It takes a lot of skill to screw up healthcare with a tax plan, but Republicans will always find a way to ruin everything they touch. Ring of Fire’s Farron Cousins discusses this.

This past week and actually for the last few weeks, Republicans in DC have been working on a tax reform package that they say is going to revolutionize taxes here in the United States. Ted Cruz and Paul Ryan keep telling us our taxes are going to be so simple, you’ll be able to fill them out on a postcard, as if anybody in this country has ever even asked for that to happen. But, as we all know, this tax reform plan is really just to give away to the wealthy elite.

Well, this week, we got a congressional budget office score of this legislation that already passed the house, is sitting in the senate waiting one way or another, and as it turns out, this tax reform plan is actually going to cost 4 million people in this country their health insurance.

Now, before we get into how that works, let’s take a moment to realize that the Republican party in the United States, those in power, are so incompetent, and corrupt, and inept, that they somehow turned a tax cut package into an anti-healthcare thing. They created a tax package that strips people of health insurance. That is a level of corruption and just pure evil that I don’t think a lot of people in this country are even capable of wrapping their heads around.

But, anyway, here’s the specifics. Here’s how this works. The majority of people who will lose their health insurance under the Republican tax plan will lose it because they want to repeal the subsidies that go along with the Affordable Care Act in order to give that money instead to the wealthy elite. They’re literally going to take money away from people who cannot afford to survive in this country and give it to people who fly around on private jets as some sort of subsidy or tax write-off for doing greedy, selfish things that most Americans could only dream of. They’re doing it at the expense of 4 million Americans’ lives.

That is the current state of the United States of America, folks. That is what the Republican party wants to do. Even if this particular version of the tax reform package doesn’t pass, they’re not going to give up. Tax reform is the new repeal and replace. If they fail here, they’re going to rewrite it, tweak it slightly, and try it again. If that fails, they’re going to do the same thing. We have seen this too many times to know what these idiots want to do. All they want to do is give more money to wealthy people and make sure that those who actually need help, the downtrodden, the underclass, the working class, they want to make sure that those people stay in their place for the rest of their lives and don’t even attempt to make their way up to the top 1%.