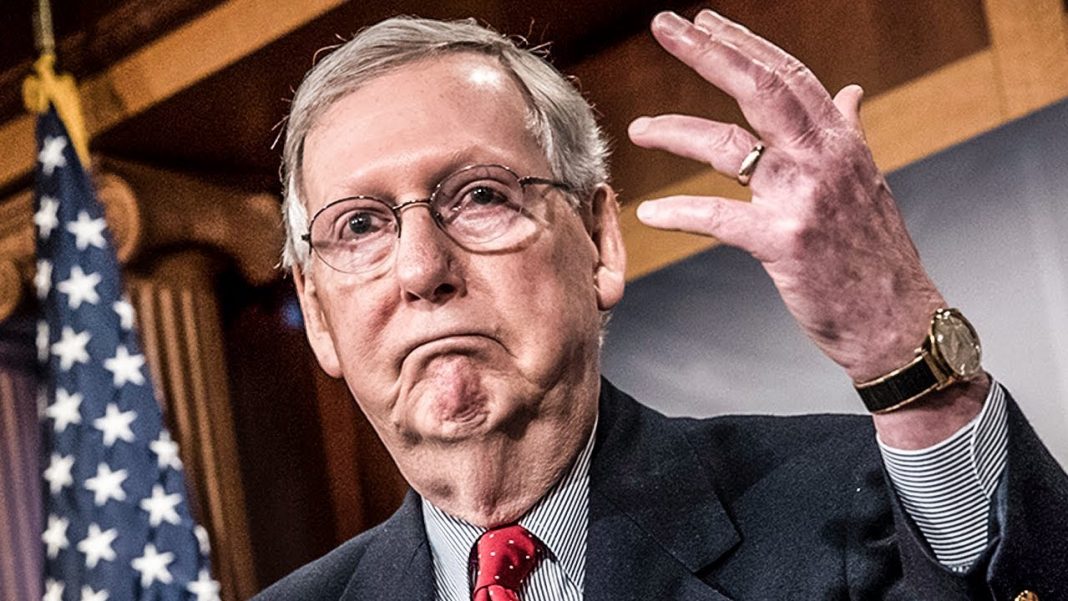 In an attempt to force the Republican Party’s hand on the tax bill, Senate Democrats proposed adding a new provision to their corporate giveaway legislation that would have forced companies to spend their tax cuts on workers and wages, something that Republicans say will happen if we give corporations more money. Every single Republican in the Senate voted against that measure, and Ring of Fire’s Farron Cousins offers up some explanations as to why that happened.

Thursday was a roller coaster in the United States Senate as Republicans fought valiantly to give their wealthy donors a massive tax break, while Democrats decided to fight and protect the interests of average American citizens. Part of the Democrats’ plan yesterday was to introduce a provision to the piece of legislation to cut taxes that would have required corporations receiving these massive tax breaks to spend that money hiring new workers or giving their workers an actual raise. I mean, after all, Republicans have told us from the beginning that this tax cut package is going to put $4000, $5000, maybe even $9000 back into the pockets each year of American workers, but, in order to do that, the corporations have to be the ones to give them that extra money.

Democrats decided to just say, “Hey, if that’s what you want them to do with this legislation, let’s go ahead and put it in the bill and force them to do that.” Every single Republican in the United States Senate voted against that provision, which proves, without a doubt, this piece of legislation is not about giving American workers a raise. It’s not about helping the middle class or really anyone in the bottom 99%. This piece of legislation is 100% about giving a massive tax cut to corporations and wealthy Republican donors, and it’s going to screw the economy so badly that, on Thursday, Republicans in the Senate decided they were going to postpone the vote a little bit and rework pieces of the legislation, because, as it turns out, their math was off, about how much money this was going to add to the deficit, by one trillion dollars.

They’re so bad at legislation and so bad at math that they somehow didn’t count one trillion extra dollars that their horrid piece of legislation is going to add to the federal deficit, that our children and grandchildren will get to pay off at some point, just so that we can give millionaires and billionaires a tax break in this country. This is the same party that tells us that universal health care or debt free colleges is too damn expensive. We can’t afford that, because it’s going to add to the deficit, but a few trillion dollars added to the deficit, to give our donors a tax break, well, that’s just something we have to do. Democrats attempted to force Republicans’ hands yesterday, and they did. They showed the world the true colors of the Republican Party of the United States, and it’s not something that anyone within that Republican Party should be proud of.