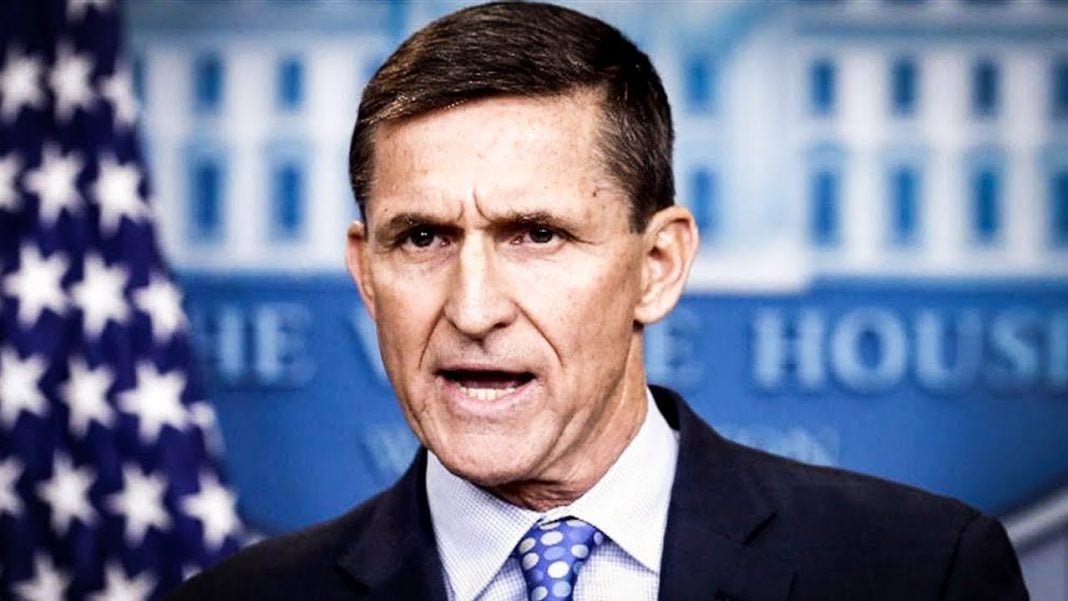 Former National Security Advisor Michael Flynn will plead guilty to lying to the FBI in the ongoing probe into the Trump Administration’s potential collusion with Russia. This news means that a plea deal was likely reached by Flynn and the special prosecutor’s office, as Ring of Fire’s Farron Cousins explains.

Early Friday morning it was announced that former National Security Advisor Michael Flynn would be pleading guilty to charges of lying to the FBI as part of the ongoing probe into Russian collusion between the Trump campaign and Russian officials. Here’s what this likely means. We’ve known, for the past week or so, that Flynn’s legal team has been meeting with members of the Special Prosecutors Office prompting speculation that a plea deal was in the works. Flynn’s decision to not fight these charges, and instead please guilty, is indicative of a plea deal having been worked out between Michael Flynn and the Special Prosecutors Office.

Now, of course, at this point, we do not know for certain, if Michael Flynn did, in fact, engage in a plea deal. However, in cases like this when you see someone charged with pretty significant crimes and they plead guilty, after meeting with the office several times, nine times out of ten, 99 times out of 100, that’s going to mean that a plea deal was worked out. If that is the case, here’s what’s going to happen now.

Michael Flynn, obviously, will plead guilty to the charges of lying to the FBI about the meetings that he had with Russian officials and what they talked about. Those are the charges specifically mentioned in the actual complaint against Flynn. And, therefore, because he is pleading guilty, because he is likely working with the Special Prosecutors Office now to give them information on other people, he will get some kind of leniency, perhaps a reduced sentence, perhaps he’s only pleading guilty to some of the lesser charges and they’ll drop some of the bigger ones if they arise.

But, what we can conclude from this, is that Michael Flynn is probably going to be the guy that’s going to flip on the rest of the Trump administration. Donald Trump Jr, Jared Kushner, Donald Trump himself. Who knows how much Flynn knows and how far up this is going to go at this point. But the decision to plead guilty to these charges is not one that should be taken lightly, it’s not one that Michael Flynn made lightly. It’s one that’s going to carry some kind of prison sentence. So, in order to get him to agree to plea to that, there has to be some kind of information exchange between Flynn and the Special Prosecutors Office. And that is probably the most likely scenario that Flynn has agreed to some kind of plea deal in order to get a reduced sentence by turning in other members of the Trump Administration.