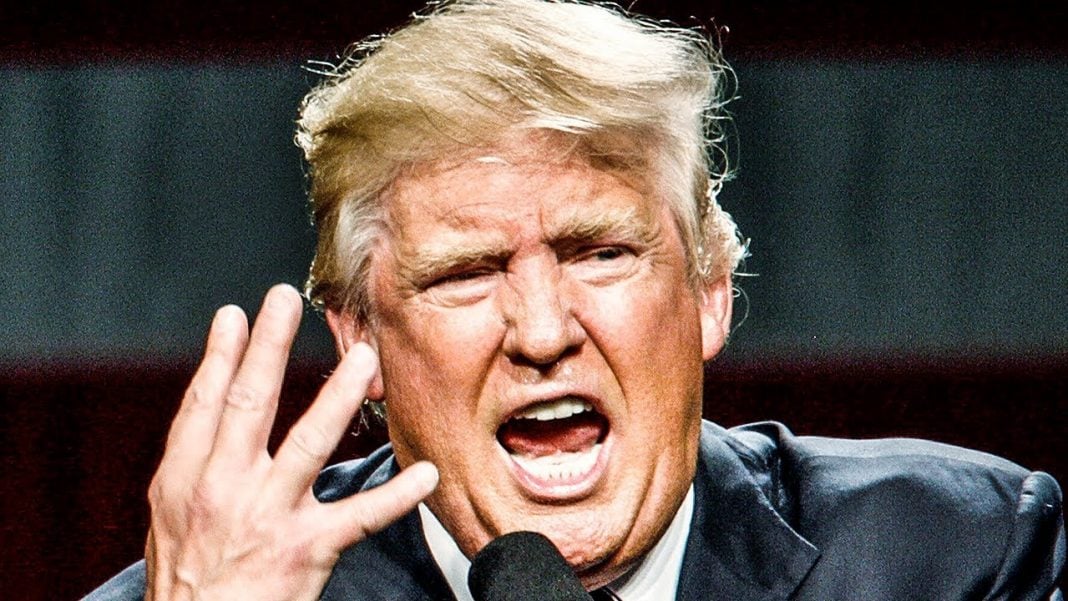 Donald Trump has gotten away with everything since becoming President, at least to a certain extent, and that’s why officials in the White House are saying that it is likely he’s going to ramp up his crazy behavior. This is getting out of control, and we have to demand more from the highest office in the land, as Ring of Fire’s Farron Cousins explains.

These officials are saying that because Trump feels right now that he has this sense of accomplishment and, more importantly, a sense of essentially being bulletproof from all of the negative things that he does, he is going to escalate this kind of behavior because he understands that he can always get away with it.

What they’re talking about is the fact that one, he re-tweeted several videos from a neo fascist organization in Britain the other day and really didn’t seem to get held accountable for any of that. All of the sexual assault charges against Donald Trump have seemed to kind of roll off his back. And now he’s even questioning the validity of the Access Hollywood tape where he said one of the most disgusting things we’ve ever heard a President say on tape. None of this has really affected Donald Trump in any way and, even though the man has no legislative accomplishments to speak of, he somehow feels like he has accomplished so much in the last 10 months that he is going to escalate his insane behavior because he can always get away with it.

You know, a year ago, right after the election, we talked about the fact that Donald Trump clearly suffers from affluenza. He’s the kind of guy who, because he was raised in a privileged life, never felt the consequences for any of his actions no matter how heinous they were. Anytime any of his businesses went bankrupt, oh well, he passed the buck onto the shareholders or the other people invested in these businesses, and moved on to the next thing. They lost it all, he gained money, and moved on to his next horrible venture.

He has never experienced consequences in his life and, since he’s become President, that hasn’t changed. The media is attempting at least in some parts to hold him accountable, to expose his heinous behavior for the American public. A lot of them believe it, they understand it, they see it themselves, they know that it is real.

Unfortunately, about a third of the country right now doesn’t see any problem with it whatsoever. Donald Trump goes on Twitter, says these insane things, and he sees his hardcore followers supporting it, and that is why these officials within the White House say that, as bad as things have been in the last 10 months, they’re about to get so much worse with regard to Donald Trump’s public behavior.