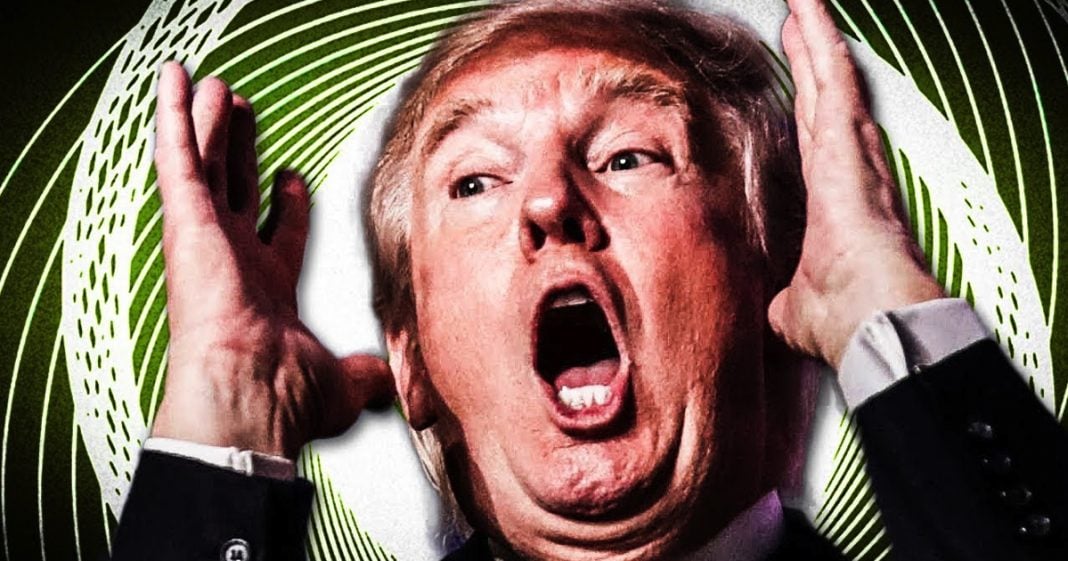 New reporting suggests that Donald Trump might not be the serial liar that the public perceives him to be. Instead, he might truly be delusional. If that is the case, he is clearly unfit for office and should be removed immediately, as Ring of Fire’s Farron Cousins explains.

Recently, a flurry of reports have come out that are suggesting that Donald Trump is, in fact, not the liar that most of us believe to be. In fact, he’s really not lying at all, because he actually believes the absurdity that comes out of his mouth every single day. These reports are suggesting that Donald Trump is not a liar, but instead, he is completely delusional and living in his own reality.

Most of us who’ve been covering Donald Trump since day one have been saying things like this from the very beginning. However, now that more mainstream outlets are starting to pick up on this concept, this theory is actually starting to gain a little traction. According to some of the reports, they’ve done interviews with people inside the White House who admit that Donald Trump does actually believe some of the crazier things that he’s said to the public. For example, Donald Trump, according to people inside the White House, is still questioning the authenticity of Barack Obama’s birth certificate and he questions where he was actually born. He continuously tells people that the Bob Mueller investigation is going to be concluded before Christmas, and he honestly believes that there were enough illegal voters in the United States to cost him the popular vote in 2016.

Now, this doesn’t mean that Donald Trump is not lying to those people inside the White House as well, but he has no reason to lie to those people. That’s something that we’ve pointed out on several different occasions. A lot of Donald Trump’s lies have to do with making himself look better. Some of them make absolutely no sense whatsoever. Some of them are lies just for the sake of lying. It didn’t make much sense unless you do come to the conclusion that he truly is delusional.

If that is the case, and to be honest, even if that is not the case, even if he is just a pathological liar, either path there puts you in a position where you have to conclude that Donald Trump is mentally unfit to serve as the president of the United States. I’m sorry, but there’s no other rational way to digest this information. That’s what you have to think. If Donald Trump is truly delusional enough to believe the lies that he’s selling to the American public, well over 1,000 this year alone, if he honestly believes those things, then, yeah, there is something mentally wrong with him and he’s not fit to be the president of the United States. Congress needs to take action, invoke the 25th Amendment, and remove him from office before he does something truly dangerous, like we’ve already seen him hint at this week, when he promised North Korea that we’re going to handle it after they fired their missile.

Things are bad. Okay? There’s really no other way to say that. Things are pretty bad, especially within the White House right now. If all of these reports continue to come out, saying that Donald Trump isn’t a liar, he’s just delusional, that is the kind of information that Congress has to act on in order to protect this country.