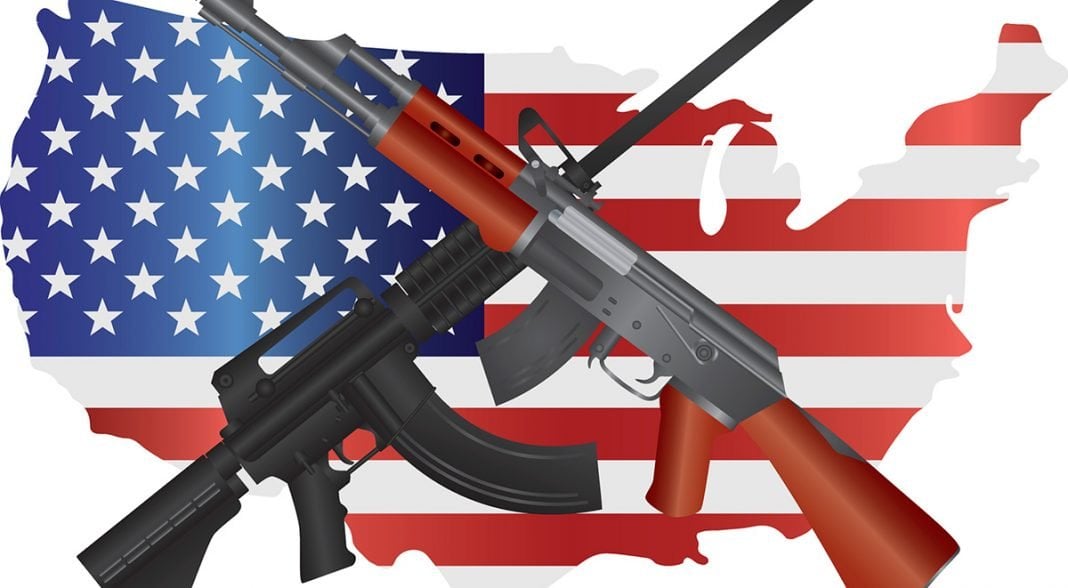 This week, the Supreme Court rejected appeals of two cases in which purveyors of firearms and gun enthusiasts were hoping to allow just about anybody to have an assault weapon and carry it out in the open. One of those cases, Kolbe v. Hogan, involves a Maryland law that was passed in the wake of the Sandy Hook Elementary shooting that took place in Newton, Connecticut in 2012. The other was Norman v. Florida, which was a challenge to the Sunshine State’s open carry law.

Among other restrictions, Maryland’s Firearm Safety Act of 2013 (FSA) prohibits anyone “from transporting an assault weapon into the State or possessing, selling, offering to sell, transferring, purchasing, or receiving an assault weapon” as defined under state statute. Under the statute, assault weapons are defined as anything capable of holding ten rounds of ammunition or more – and in effect, bans approximately five dozen different types of guns, including “copies.” An exception to the law is made for retired law enforcement officers who retain their service weapons after retirement.

A number of gun dealers and firearms associations filed a lawsuit challenging the law, arguing that such a ban violated the Second Amendment. Plaintiffs also claimed that the term “copies” was too vague. The exception for retired law enforcement officers raised questions about equal protection, since average citizens were being treated differently under the statute. A district court upheld Maryland’s FSA, after which the case was appealed to the Fourth Circuit. That appeal failed; furthermore, the appellate court clarified the exception for retired law enforcement on grounds that they are different from ordinary citizens – i.e., they have a “special degree of trust” and are more likely to use said weapons to protect the public.

Significantly, one member of the three-judge panel wrote:

“There is sound reason to conclude that the Second Amendment affords no protection whatsoever to the assault rifles and shotguns, copycat weapons, and large-capacity detachable magazines that are banned by the State of Maryland” [emphasis added].

The Florida case started in 2012 when Dale Norman was spotted carrying a gun on the street and was reported to the police by a passerby. Norman, who had a concealed carry permit, was ultimately charged with a second-degree misdemeanor and fined $300. In his subsequent lawsuit, Norman argued that the 1987 Florida statute banning open carry was a mistake because it requires a person to first obtain a concealed carry permit if they wanted to be able to protect themselves while in public. The Florida Supreme court denied Norman’s appeal, siding with the state on grounds that “deranged persons and criminals would be less likely to gain control of firearms in public because concealed firearms…could not be viewed by ordinary sight.”

Here is the problem: the gun lobby would have the public – who is overwhelmingly in favor of at least some regulation over firearms – believe that any attempt to restrict gun access and ownership is a violation of the Constitution. In the 2008 case District of Columbia v. Heller, the Supreme Court ruled that the Second Amendment right to bear arms is not without limits. People have the right to possess a firearm in order to defend themselves and their homes – but they have no right to carry any weapon anywhere for just any reason.

Another problem is that the SCOTUS has thus far failed to provide specifics; on one hand, the Court has affirmed the personal right to bear arms, and on the other hand, has said that states and communities have the right to regulate firearms. However, they have not defined the parameters of those rights and freedoms. This leaves a gaping loophole that allows the NRA and the gun industry to continue in its relentless campaign to convince the American public that tyrannical “big government” is coming to take their guns away, and that the Second Amendment is there to “ensure their freedom.” (There is an irony here: writing in Rolling Stone shortly after recent mass shooting in Las Vegas, journalist Matt Taibbi asked, “Where were all these heroic tyrannophobe gun owners during the unprecedented expansion of police and surveillance powers that took place after 9/11?” His answer: “Nowhere.”)

The Second Amendment explicitly states that “A well regulated Militia, being necessary to the security of a free State, the right of the people to keep and bear Arms, shall not be infringed” [emphasis added].

Those who drafted the amendment lived in a much different world; during a time of single-shot, muzzle-loaded muskets. They could not have foreseen the development of semiautomatic weapons, nor the kind of psychoses that are endemic in today’s dysfunctional, post-industrial society. This has left interpretation of the Second Amendment up in the air. The meaning of the Second Amendment has been a bone of contention since 1875, when the SCOTUS dismissed a case against an armed white militia who had slaughtered as many as 280 African-American freedmen – ironically, in order to prevent these freed blacks from exercising their right to bear arms. Since then, the Court has gone back and forth – but has never established firm parameters clearly defining the rights, responsibilities and limits of gun ownership.

This week, the SCOTUS passed on yet another opportunity to clarify those questions. At the same time, Congress, largely beholden to the gun lobby, continues to sit on its hands. States may attempt to step in where the federal government has failed to take action, but those laws will continue to be challenged in court and the legal wrangling will continue. Meanwhile, mass shootings will continue to be the order of the day in America.