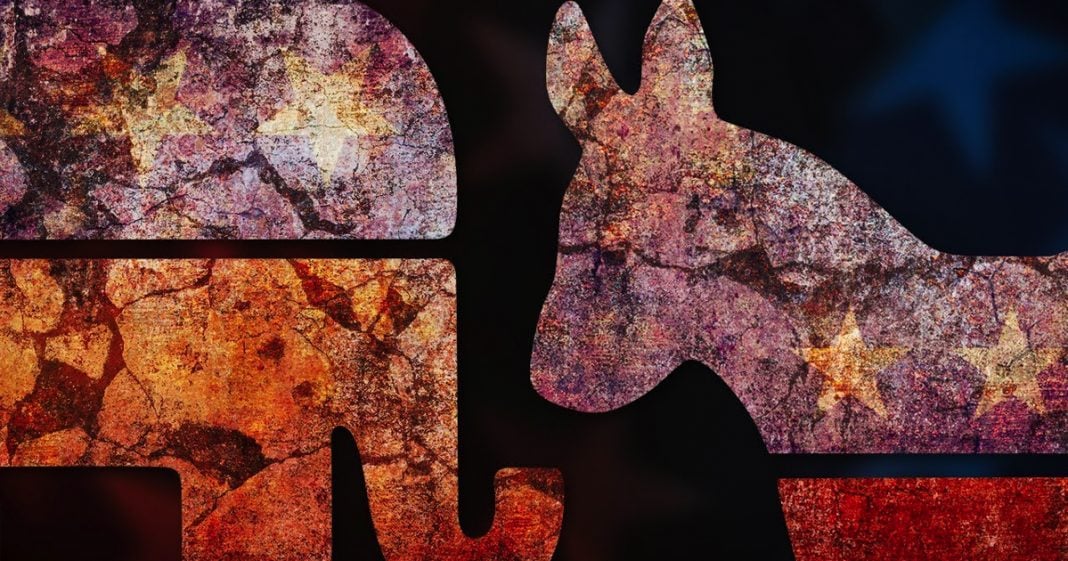 According to a new round of polling, 71% of Millennials want third party options in elections, and only 26% believe that our current two-party system does a good enough job representing the country. This is a positive step forward for the country, and hopefully we’re only a few years out from having multiple political parties that represent a broader swath of the American public. Ring of Fire’s Farron Cousins discusses this.

According to a new poll by NBC News, 71% of millennials in this country, people between basically the ages of 18 and 35 years old, 71% believe that we need a strong third party in the United States to present an actual, real challenge to the two parties that we have, the Democrats and the Republicans. Only 26% of people in this poll said that they think the two parties do a good enough job of representing people in this country. 71% want another option.

And to be honest, they’re absolutely correct. For too long we have had this two-party dominance here in the United States where, if you don’t check off all the boxes that they want, they count you out. They don’t care about you. You get labeled a Democrat in name only or a Republican in name only. If you are not a purist, they don’t want you onboard, and guess what, folks?

The age group these millennials, the next generation that’s going to become the leaders of this country in a few short years, they’re not accurately represented by either political party today. They might have some more conservative beliefs when it comes to economics. They have far more liberal beliefs when it comes to social issues, even on the right hand side of the aisle. The younger generation of Republicans are far more accepting of transgendered individuals or homosexuals or, you know, letting homosexuals fight in the military or get married or whatever it is.

They actually are okay with it. It’s the old hold-overs in the Republican Party who want to make it a part of their platform to disenfranchise gay people and to demonize them at every opportunity. The Democrats on the other hand don’t want to give into issues like universal health care or debt-free college, something that millennials again, both sides of the spectrum with millennials, actually support at an overwhelming rate.

That is why a third party is necessary. Not just to challenge the two-party system we have, but to actually create different parties that might better represent the growing and changing United States of America. You know, George Washington warned us. You know, for all the talk about Founding Fathers and how great they are and how smart they are and how we should always listen to them, we sure missed a big one there, because again George Washington warned us against political parties. And now not only did we ignore his advice, we’ve the system almost impenetrable by third parties, by putting all our stock in Democrats and Republicans and look where that has gotten us today.