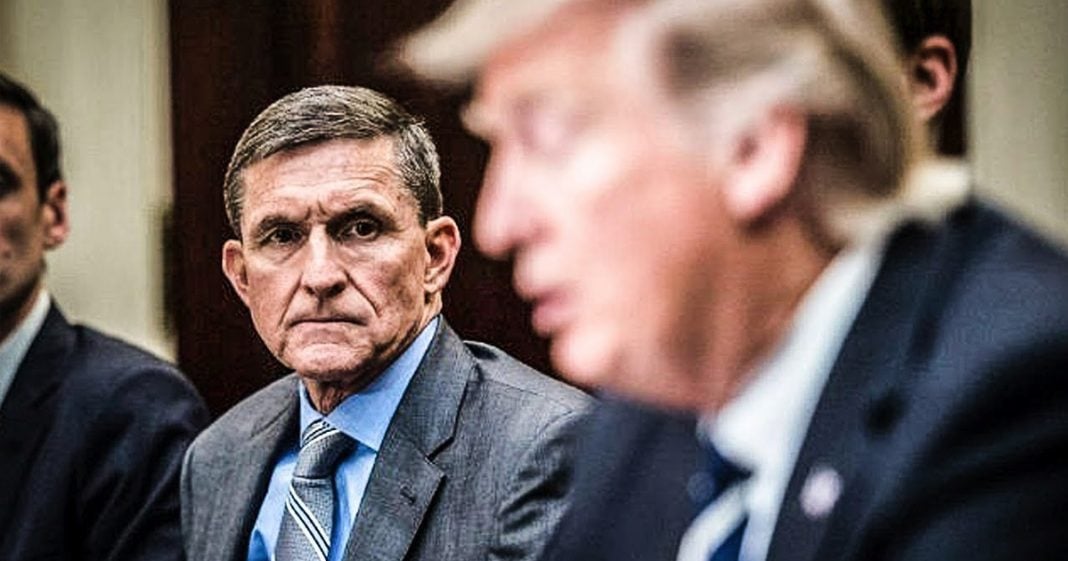 Reports are saying that lawyers for Michael Flynn have been meeting with the team from the special prosecutor’s office recently, indicating that the two sides might be reaching a plea agreement. This could mean that Flynn is ready to spill the beans on Donald Trump and his campaign’s attempts to collude with foreign powers, as Ring of Fire’s Farron Cousins explains.

The reason this speculation began is because on Monday morning, lawyers for Michael Flynn were seen going into the offices of the special counsel, and last week, it was reported that Michael Flynn’s lawyers stopped sharing information with the Trump administration with regards to the ongoing investigation.

Legal experts are now saying that all of this points to a possible plea bargain on behalf of Michael Flynn in exchange for information about Donald Trump and his campaign’s involvement with any foreign superpowers.

Admirable, but at the same time, let’s not forget what these guys did, which is potentially collude with foreign powers in order to win an election. Donald Trump right now is absolutely terrified about what is happening with this investigation. And if you don’t think he is, go look at his Twitter feed.

He’s still attacking the NFL. He’s attacking CNN. He went as far on Monday as to say we should have a contest to see who’s the fakest news and give them a fake news trophy. He’s doing everything he can to convince the American public that there are other, bigger distractions that they need to be focusing on.

Meanwhile, those of us in the real world are waiting patiently … eh, a little impatiently, at this point, for this investigation to come to a head so that we see more indictments handed down to members of the Trump administration.

And if Michael Flynn is indeed working with the special prosecutor’s office, if they’re trying to come up with some kind of plea deal, it is going to end very badly for Donald Trump, his campaign, and his family.