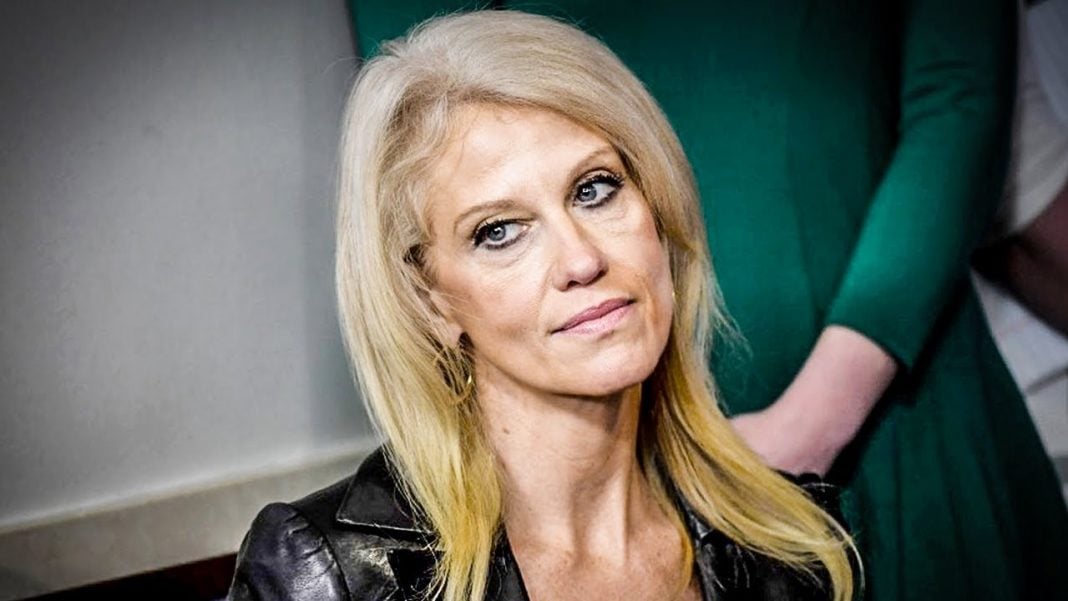 During an appearance on Fox News last week, Kellyanne Conway began attacking Democratic Senate candidate Doug Jones while she was discussing tax cuts. This might seem harmless, but this is actually a very clear violation of The Hatch Act, meaning Kellyanne Conway could very easily be prosecuted – but will she? Ring of Fire’s Farron Cousins discusses this.

Last week during an appearance on Fox & Friends on Fox News, White House Counselor, Kellyanne Conway, clearly violated the law. Specifically, the law that she broke was the Hatch Act that forbids members of the White House, members of the current administration, from going out in their official capacity, and engaging in political activity, specifically endorsing or attacking certain candidates. Here’s what happened with Kellyanne Conway.

She goes on Fox & Friends last week to talk about the tax reform package being proposed by Republicans. During her response about tax cuts, she decides to go off the rails and starts attacking Doug Jones, the Democratic Senate candidate in the State of Alabama. She did this while being identified as a White House counselor, she did it while being interviewed in front of the White House, so in all regards, she was acting as an official representative of the Donald Trump administration, and therefore, engaging in those kinds of political attacks against Doug Jones in favor of Roy Moore, she had violated the Hatch Act, which is a prosecutorial offense.

Now, will she be prosecuted, is the question? The Office of Special Counsel within the White House is certainly, probably not going to prosecute her, but this just goes to show you how many laws people within this administration seem to break on a near constant basis, that nobody pays attention to.

During the Bush administration, Karl Rove, clearly violated the Hatch Act using White House computers to send out campaign emails, again, clear violation. He was never prosecuted, nothing ever happened with that, so we have no reason to think that anything different will happen to Kellyanne Conway. But we also know that Donald Trump is out there endorsing specific products, like Fox News over CNN. His family is out there plugging their goods on national TV, while acting as representatives of the White House, which also is against the law. Kellyanne Conway is also guilty of doing that, from the time when she came on Fox & Friends and said, “Go buy Ivanka’s stuff.” That’s illegal.

You know, I think if a lot of people paid a little bit more attention to some of the things going in this White House, you would begin to see how many times these morons sitting in the Oval Office continuously break the law. Why? Because they don’t know it. That’s what happens when you put in a complete numbskull in the White House, who has no political experience, no legal experience, and no knowledge of the US government whatsoever.

Not saying that gives him a free pass, but I’m saying, Yeah, we can expect these kinds of things when you put an idiot in the White House, and that’s exactly what we’re seeing today. That does not give them a free pass, that does not mean that these things should not be investigated and potentially prosecuted. I for one think that every minor infraction that takes place should be investigated, and if it turns out that Kellyanne Conway is guilty of violating the Hatch Act, which all of the evidence says yes, she is, she needs to be removed from office and put in front of a criminal trial.

We have laws in place in this country for a reason, and if those at the top aren’t going to follow them, how in the hell do they expect those of us on the bottom to follow them as well? You gotta lead by example, and that’s something that this White House, this administration, and Kellyanne Conway herself, simply don’t understand.