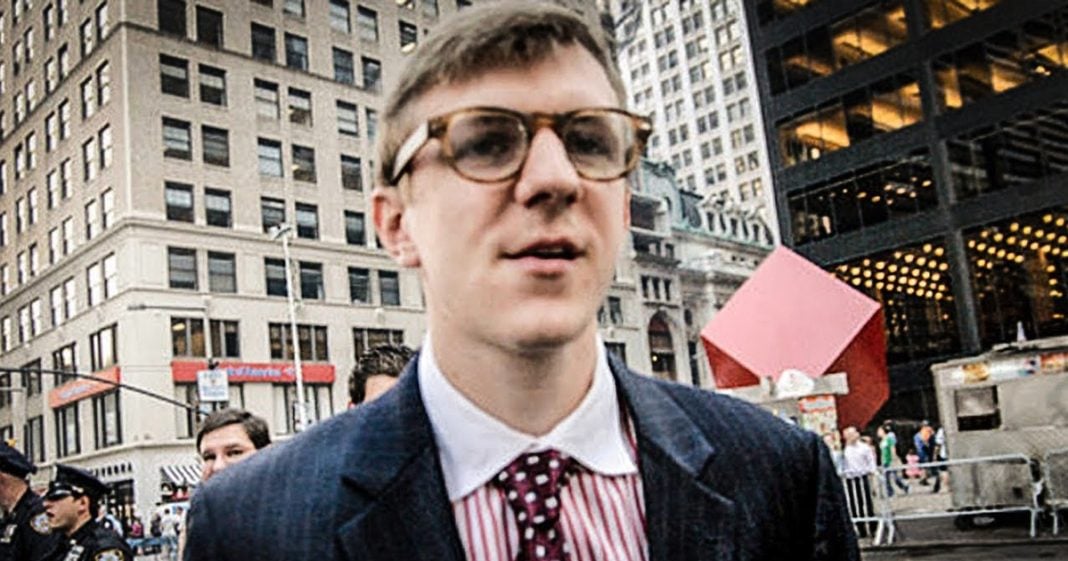 James O’Keefe, the founder of the right wing smear group Project Veritas, has been busted by the Washington Post for trying to set up a sting operation to catch them lying about Roy Moore. It backfired spectacularly when the Post actually did their job and found out that the woman who claimed she was raped by Roy Moore left an online trail leading straight back to O’Keefe’s group. Ring of Fire’s Farron Cousins discusses this.

On Monday evening, a bombshell report came out in the Washington Post where they actually uncovered a sting operation set up by James O’Keefe and his Project Veritas that was meant to undermine all of the people who have accused Alabama Senate candidate, Roy Moore, of sexual assault. Here’s what happened.

The Washington Post received an email from a woman who said that when she was a teenager she had sex with Roy Moore. They had a secret forbidden love and then she got pregnant. Roy Moore told her to have an abortion, took her to Mississippi himself to have that abortion, and then he just kind of left her by the wayside, moved on with his life. This was shortly after he won his first judgeship.

But, unfortunately, this woman was not who she claimed to be. She was not a former teenage lover of Roy Moore. She was in fact somebody working with Project Veritas, James O’Keefe’s organization, that has been known to doctor footage of interviews and conversations in order to make the left look bad, and that is exactly what they were trying to do.

The woman who claimed that she had sex with Roy Moore set up an interview with a Washington Post reporter in a restaurant on multiple occasions. They’re pretty sure it was being filmed. In fact, Veritas has actually released film of it, so they know they were being filmed, but the Washington Post decided to film it as well because they just didn’t think something felt right about this.

You know why the Washington Post had a bad feeling about it? Because they actually did their job. They looked this woman up online and they found a trail that led directly back to Project Veritas including a GoFundMe account set up by this woman who said she wanted to relocate to New York to go work with the conservative media to take down the lying left. But that’s all just a small part of this story.

What’s important here, the big take-away, is that James O’Keefe, this little sack of crap running around thinking he’s some kind of journalist or documentarian when really he’s just a waste of human skin, he set up the Washington Post or attempted to … They busted him on it, wanted to set them up with a phony person just so that they can get the Washington Post on tape admitting that they were trying to take down Roy Moore, and, more importantly, to undermine every single woman that has come forth and said that Roy Moore sexually assaulted or sexually harassed them when they were teenagers.

That’s what this is about, undermining the victims of sexual crimes here. That is okay with James O’Keefe. He has no problem with that. That’s okay with the Republican Party because the tape that Project Veritas has even released of this is making the rounds in conservative media, and those idiots actually believe it.

We have to do better than this. A guy like James O’Keefe should be behind bars. I’m not just saying that because of this incident. I’m saying it because of all the crimes he’s committed over the years, doctoring footage, creating the entire Planned Parenthood phony controversy based on nothing. Same thing with Acorn.

This man is a danger to the United States and does not belong in the United States. We need to find another country to ship him to, so he can go live out the rest of his years perhaps living in a country that doesn’t have the kinds of freedoms and benefits that the United States have because that’s what this man deserves.

He is a cancer on this country, and this Washington Post sting that he set up proves that beyond a reasonable doubt. He would rather stick up for a pedophile than admit that there is at least one bad Republican in this country. That is a kind of tribalism that has to be stamped out in the United States.