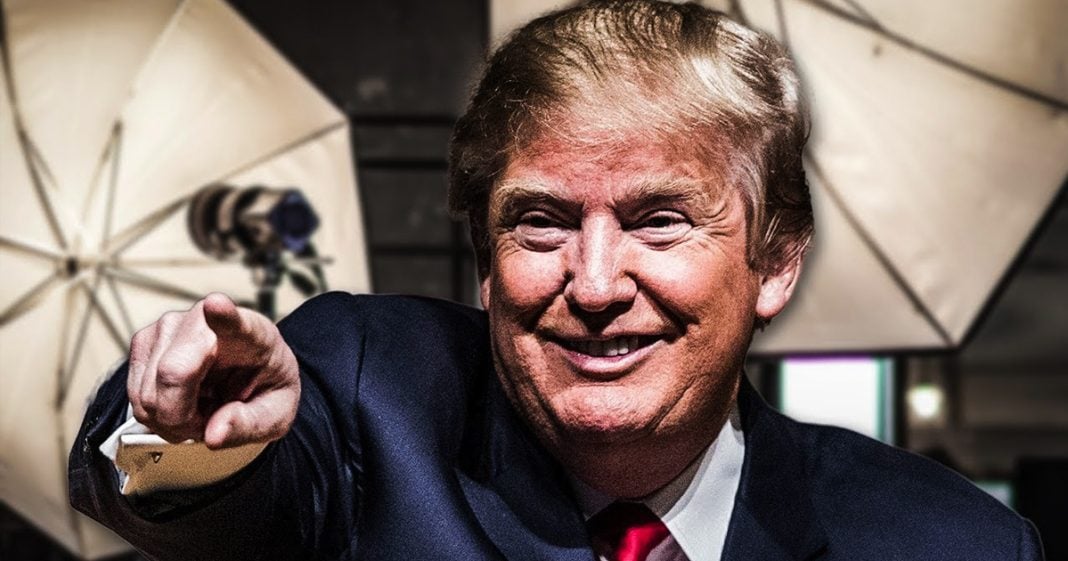 Over the Thanksgiving Weekend, Donald Trump tweeted that he had received a call from Time Magazine saying he’d been chosen as Person of the Year, but he declined it because he didn’t have time for the photoshoot. Time was quick to respond to the tweet, letting the public know that this never happened. Trump’s lies are spiraling out of control, and Ring of Fire’s Farron Cousins discusses what that means for his presidency.

One of the more ridiculous things that happened over the Thanksgiving holiday weekend was the fact that Donald Trump tweeted out that he had been contacted by people from Time magazine letting him know that he was probably going to be selected as Time’s Person of the Year, but he would have to go a photo shoot, to which Donald Trump said, “Hey, I’m a busy guy. I can’t do that. Thanks, but no thanks.”

Later, in fact, short after Donald Trump tweeted all this out, Time magazine was forced to come out and say, “Yeah, that didn’t actually happen. Donald Trump has a gross misunderstanding of how we choose Person of the Year, and we don’t talk to anyone about it until, I guess, the first week or so of December.” So, Time magazine, in a very eloquent and not at all confrontational way, told the entire world that Donald Trump lied to everyone about being chosen probably as Person of the Year.

Now, Time magazine very easily could have just come out and said, “Yeah, you’re an absolute liar. Nobody wants you to be Person of the Year,” but they didn’t. Again, they did it a little more diplomatically than they probably should have. But, once again, this just goes to show you just how deranged and delusional Donald Trump has become as President of the United States. Now, we already know that Donald Trump has a history with Time magazine. We’ve had stories that have come out showing that he has covers of Time magazine hanging in some of his golf club that are actually fraudulent. They didn’t actually happen. They didn’t feature Donald Trump. They didn’t feature Donald Trump with the text that was on there. But, yet, he has them hanging up because they were allegedly praising him, even though they didn’t actually exist.

But Donald Trump’s lie here tells us more about him as a human being than probably any of us really wanted to know. At this point, his lies are growing so out of control that he might not even physically be able to differentiate fantasy from reality. This is a dangerous human being. Somebody who lies with such impunity, you know, just lets them flow without any kind of filter whatsoever, that is dangerous. And it’s even more dangerous when the person doing it happens to be one of the most powerful people because of their position on the planet. Donald Trump is unfit to serve as President of the United States. If you only take one thing away from this whole fiasco, that should be it.

Could you imagine what would have happened had Barack Obama tweeted something out like that and then Time magazine had to say, “No, we didn’t actually choose you”? Or if George W. Bush had done that, had Twitter been around throughout his entire presidency? Fox News, the other media would have jumped on this and used it every single day to prove what an unhinged psychopath that person truly was. Yet, here we are having Donald Trump do this pretty much on a regular basis and the media just treats it as another, oh, that silly Trump. It’s not silly, it’s not funny, it’s dangerous. That is what Donald Trump is. He is a dangerous sociopathic, possibly psychopathic liar who happens to also be the President of the United States.