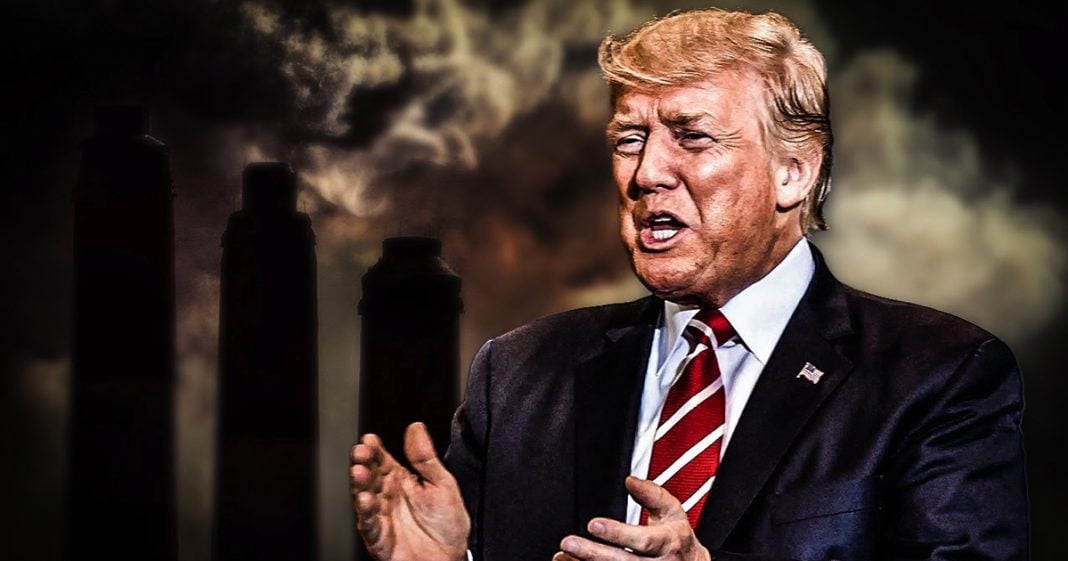 The EPA has removed more scientists from its top advisory panel in order to make room for industry insiders to take over. This is a direct assault both on science and on the American public, with consequences that will be felt for decades. Ring of Fire’s Farron Cousins discusses this.

Earlier this month, the Environmental Protection Agency, once again, kicked out a few more scientists from its top advisory panel and decided to replace them with industry insiders. These aren’t just regular people from the chemical and fossil fuel and other industries out there that stand to benefit from no environmental regulation, these are some of the worst of the worst. These are people who once lobbied on behalf of the tobacco industry to let us know that, hey, there’s nothing dangerous about smoking cigarettes. Specifically, they told us there was no absolutely no harm in second-hand smoke.

Some of the people from the industry that are now serving on the EPA’s advisory panel have told us in the past that air pollution isn’t bad. Some of them have even gone as far as to say, you know what? A little air pollution is actually good for your body. That is the kind of idiocy that we are currently dealing with here in the United States. Scientists, people who have spent their whole lives studying this catastrophe, people who understand cause and effect, people who understand basic science, have literally been kicked out of the EPA and replaced with people who’ve made money basically killing other people by telling us that second-hand smoke doesn’t kill, by lobbying on behalf of the tobacco industry to prevent things like warning labels from appearing on packs of cigarettes. That’s what we’re up against.

This is not just an outright assault on science. This is an assault on the American public. Every single person in this country, rich, poor, black, white, Hispanic, Christian, Muslim, we will all suffer as a result of Donald Trump’s denial of climate change and his EPA director Scott Pruitt’s decision to purge his agency of people who believe in science, of people who understand science.

This is a national security issue. As long as we continue to ignore the problem of climate change, things are going to get worse. Climate refugees from all over the planet are going to try to find a new place to live. We know that Donald Trump wants to close off our borders. What happens when you’ve got a million people standing on the border, demanding to be let it because their homes are underwater? What’s going to happen when you have millions of American citizens whose homes go underwater because you did nothing? What happens when we run out of clean drinking water because you let your advisory panel allow corporations to dump all their toxins into it?

This story doesn’t end well for anyone. There’s going to come a time when it’s not going to matter how much money you have or how much money you don’t have. We’re all going to be fighting against one another to get the few remaining resources that we have left in this country, because Donald Trump and the Republican Party decided to put industry heads above science in the United States.