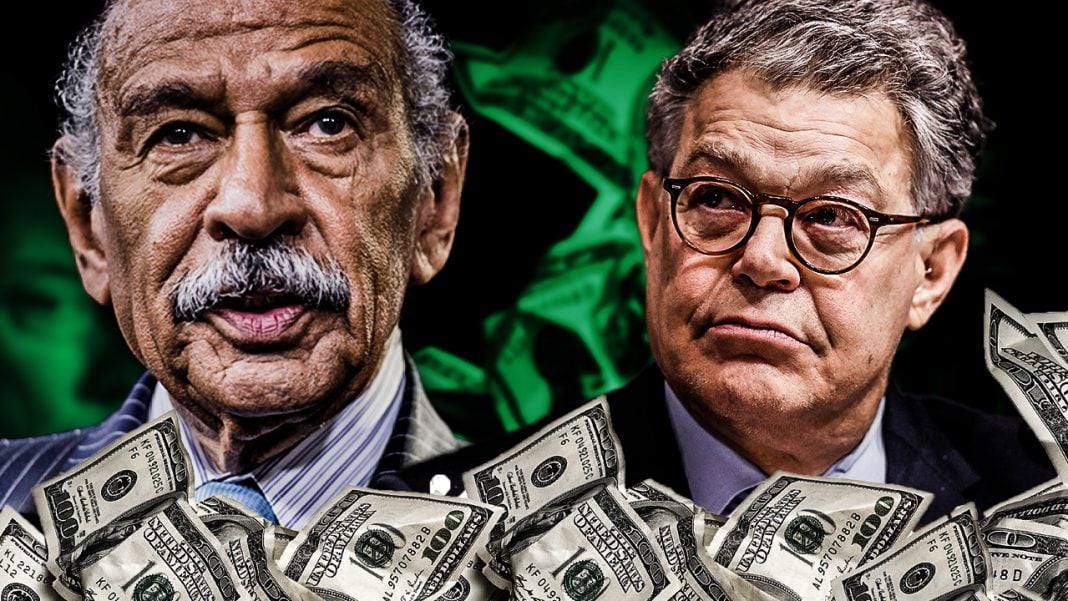 With the recent revelation that $17 million has been paid out in the last 10 years to settle sexual harassment claims against members of Congress, one of the immediate questions that arose was who is paying this bill. Well, it turns out that YOU are paying for it with your tax dollars. We are being forced to subsidize the sexual harassment of members of Congress, as Ring of Fire’s Farron Cousins explains.

Recently it became painfully obvious through news reporting that we have a very real problem with sexual harassment in the halls of Congress. Not only have we seen two women so far come forward and accuse Al Franken. John Conyers has been accused by people. But we also learned that over the last 10 years, throughout all the members of Congress more then $17 million has been paid out to settle sexual harassment claims filed against members of the House, and the Senate. $17 million. That’s a lot of money. So where does that money come from? I mean, that’s a big question most people have. Are these congressmen paying it out themselves? Are they Senators forking over the cash to keep these women quiet? No. That $17 million according to a new report by CNN, came from tax dollars. 100% of that money to pay off sexual harassment victims so that they don’t come forward and expose the disguising behavior of men in the halls of Congress came from taxpayers.

So the people who perpetrated this sexual harassment, the people who can’t control themselves around women, they didn’t learn a thing because there was no punishment for them. They got to dip their dirty little fingers into the tax pool, and pay off the victims with our money. We as American taxpayers at this point are subsidizing this sexual harassment being carried about by men, elected representatives in the halls of Congress. And if that doesn’t piss you off, then I don’t know what would. Because we have a very real problem in this country, it’s not just in the halls of congress. It’s in every hall in this country. It’s on every street, it’s in every industry, and that is a problem with men treating women like objects and believing that they will get away with it.

And in this particular instance with Congress, the fact that these men don’t have to pay this money themselves to settle these claims, that they don’t feel any repercussions for harassing women, they will not learn. They will not change. They will not adjust their behavior in any way in the slightest. Punishments are there for a reason. Now, some punishments for some of the things in the United States don’t necessarily fit the crime. But in this particular instance when you have serial sexual harassers going around and not having to pay a dime for what they’ve done for their behavior, taking money from taxpayers, making me and you, and everyone else in this country pay for their sexual harassment, that is one of the more disgusting stories that we’ve seen come out of Washington D.C. this year. And we’ve seen some pretty gross stuff so far.