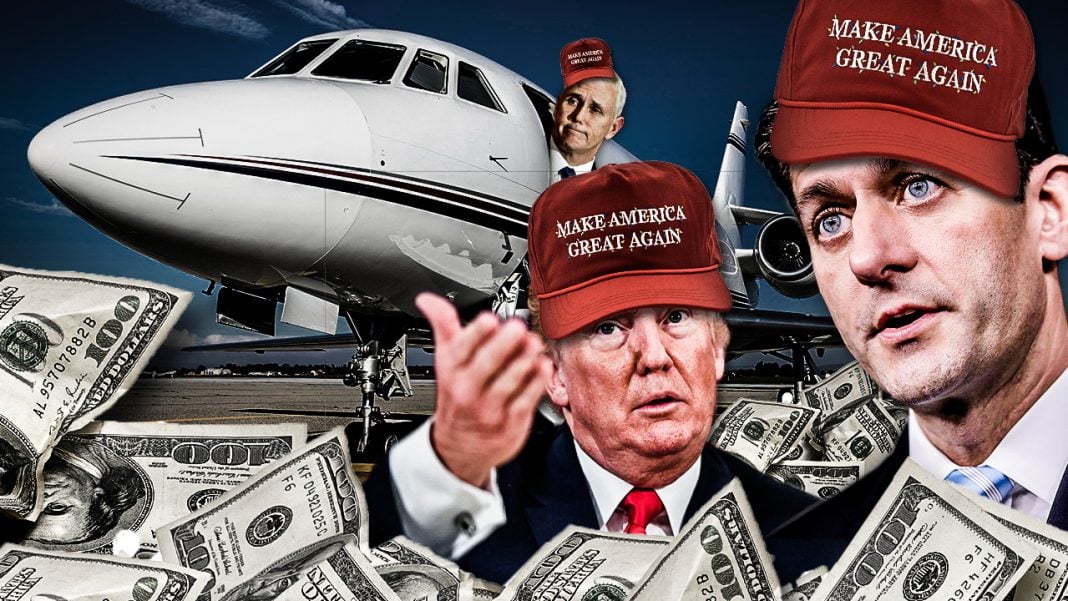 If you own a private jet in the United States, you get to write off part of those expenses on your taxes under the new Republican plan. But if you are a teacher who has to pay for your own supplies then you’re out of luck. This example shows perfectly just how backwards the Republican tax plan really is, and it should infuriate every single person in this country (except the ones zipping around on private jets.) Ring of Fire’s Farron Cousins discusses this.

As most people are aware, the House of Representatives last week passed their tax reform package. That actually raises taxes in many cases on the middle class and the under class, while giving the wealthy and corporations massive tax breaks. What some people don’t quite understand is exactly how petty this Republican tax plan truly is. Here is the best example.

According to this new tax plan, what’s going to happen is that teachers in the United States will no longer be able to write off on their taxes school supplies that they buy for their classroom with their own money. However, if you own or fly on a private jet, you’re going to be able to write off most of those expenses on your taxes so you pay less. We’re punishing people who are already in a fairly low paying profession that is being attacked by the Trump administration and by Republicans in general all over this country, and instead of giving them a tax break, we’re giving that to people who fly around on private jets who clearly, if you own a private jet, you have enough money to pay taxes for flying on a private jet.

You may not think that this is a big deal, but let me explain something. I’m explaining this as the husband of a special education teacher here in the United States. My wife and many of the other people that she works with, my sister who’s also a professional teacher, I have many friends who are teachers, every single one of them, every single month when they get their meager paycheck, has to go out and take some of that money away from family expenditures, away from being able to buy medicine, to buy the necessities for their classroom in order to properly educate your children. They’re taking money away from their own families so that they can provide a proper education to everyone else’s children. That is dedication. That is something that few people in this country can fully comprehend, but as somebody who personally experiences it every month, I can tell you that it does make things tougher for families.

The one bright spot is that they get to write off these expenses on taxes, so it helps. The average teacher in the United States is paying $500 per year out of their own pocket to buy equipment for their classrooms because school budgets across the country are so screwed up and cut back to nothing that they don’t have what they need to properly educate our children. Furthermore, all of these expenses for all of the teachers in the country combined come out to a little over $1 billion per year. That is $1 billion per year that low income American citizens are no longer going to be able to write off on their taxes, but if you have a private jet, if you don’t have to worry about public education because you send your kids to private school, you get to write that stuff off. Meanwhile, the people who need those write offs the most, the people who are giving away their own money to educate your children, they’re getting screwed in this deal.

That is the best possible example that I can give of how unfair and one-sided, disgustingly deplorable that this Republican tax plan truly is. Anyone who supports it is personally attacking public education and teachers all across this country.