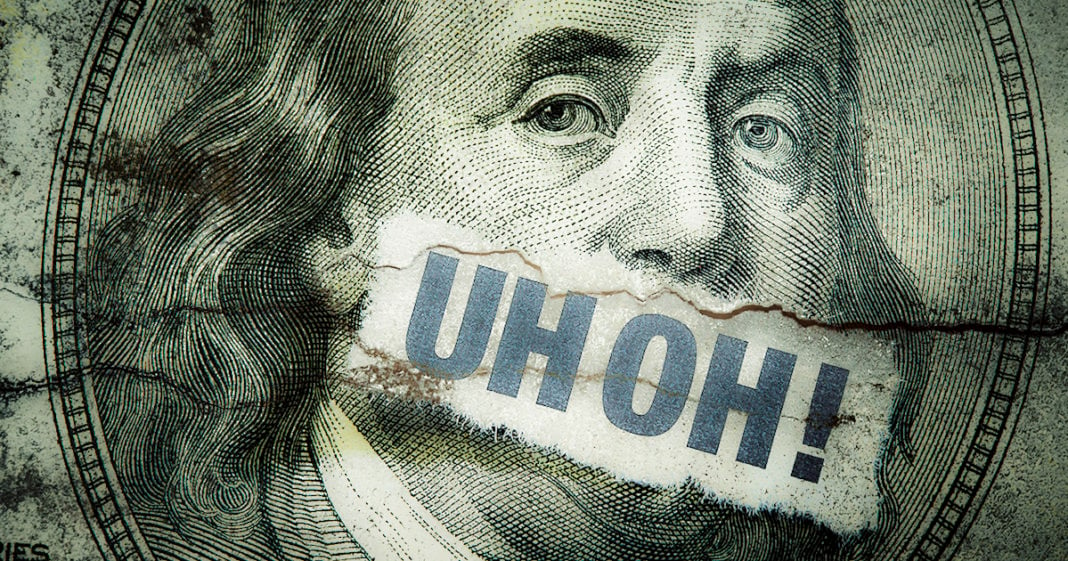 A group of millionaires and billionaires have banded together to let Congress know that they REALLY do not need a tax cut. While their pleas will undoubtedly fall on deaf ears, it is nice to occasionally see a group of well-to-do Americans who have enough courage and sense to stand up to the unbridled greed that seems to have gripped this country. Ring of Fire’s Farron Cousins discusses this.

Now, let’s be honest here. These 400 millionaires and billionaires are not going to have any sway whatsoever with the Republicans because Republicans have admitted several of them on many different occasions on the last week or two have said that they’re doing this because if they don’t, their donors are going to stop giving them money. You can bet that the Koch brothers, Sheldon Adelson, the Mercers, they weren’t part of that group begging Republicans to not give them a tax cut and so that’s all these Republicans care about. They want to make sure that that next campaign check is on its way and the only way to do that according to them is to give these idiots more money back in federal tax breaks while screwing over the middle class and the under class here in the United States.

I do applaud these millionaires and billionaires for having the courage and enough sense and basically a lack of the general greed that seems to capture that class of American citizens and asking Republicans to not cut their taxes but unfortunately I do think for the most part it’s a publicity stunt. It’s not something that’s actually going to have any effect whatsoever on what the Republicans in Washington, D.C. do. It’s a way for them to say, “Look at me, I’m not super greedy like some of these other jerks.”

Well, you know what, if that’s the case, how about you open up those checkbooks and you start supporting some progressive candidates in this country who want to raise your taxes? How about you start giving more back? How about you open up charities that rehabilitate and house the homeless? How about you start spending money to rebuild infrastructure? Do something other than write a letter. Again, real, real happy that you did it but at the same time, you’re in a position to make real change in this country and if you think sending a letter or making a phone call to Paul Ryan is going to change anything, then you’ve got another thing coming. You’ve got to get out there and enact this change yourself. Don’t rely on those Republicans because they’re relying on money from people who want more tax breaks.

If you want something to happen, go out there, start writing checks to the candidates that actually want to change the system, that actually want to give tax cuts to the bottom 1%, to the middle class and raise taxes on the wealthy to pay for it. That’s what you would be doing if you truly didn’t want to get your own taxes cut in order to help the rest of this country.