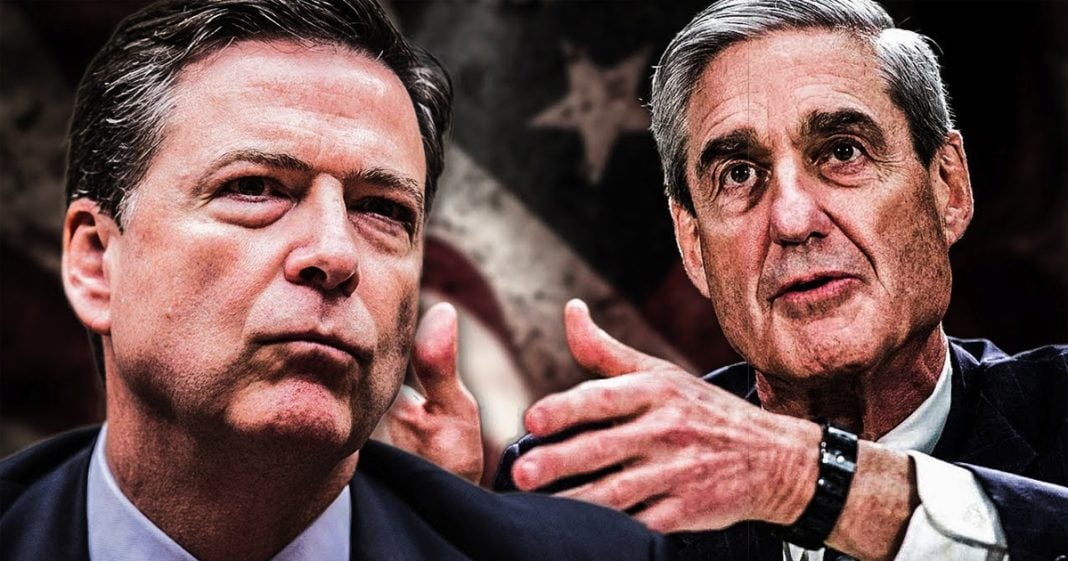 Donald Trump has said that he believes the probe into his campaign and administration is winding down, but all reports seem to suggest the opposite. Special prosecutor Robert Mueller this week requested documents from the DOJ about the firing of former FBI director James Comey, an indication that Trump himself is smack in the middle of the ongoing investigation. Ring of Fire’s Farron Cousins discusses this.

Donald Trump has been telling people within the White House for the last few days that the Bob Mueller special prosecutor investigation into Trump and Russia is coming to an end. Donald Trump honestly believes, or at least he’s giving the impression that he believes, that this investigation is winding down, and soon it’s all going to be over. Well, apparently somebody didn’t get that memo that it was winding down. And that person happens to be Bob Mueller, the special prosecutor himself, because earlier this week, Mueller asked the Department of Justice to turn over all documents related to the firing of former FBI director James Comey. What this means is that Bob Mueller is specifically beginning to target Donald Trump himself. After all, the decision to fire James Comey did come from Donald Trump himself. And we know that he’s already spoken to other people in the Trump administration about the firing.

So the fact that he wants documents on it, more statements, and more investigations from people involved shows that yes, Bob Mueller is closing in on Donald Trump no matter what Donald Trump tells us. And the specific charge that we’re likely looking at in this instance would be obstruction of justice. Donald Trump, according to reports, called James Comey in there, asked for his loyalty, said he wanted the Trump Russia investigation to go away. Comey didn’t oblige. Comey got fired. That is obstruction of justice, and that is exactly what Robert Mueller is looking into right now. So Donald Trump can go out and tweet about this thing winding down or coming to a close. He can tell his staffers not to worry because things are going to be okay. But at the end of the day, I think the American public understands, and I think Donald Trump to at least a small extent also understands that this investigation is not going away and if anything, day by day, it is getting so much worse for Donald Trump himself.