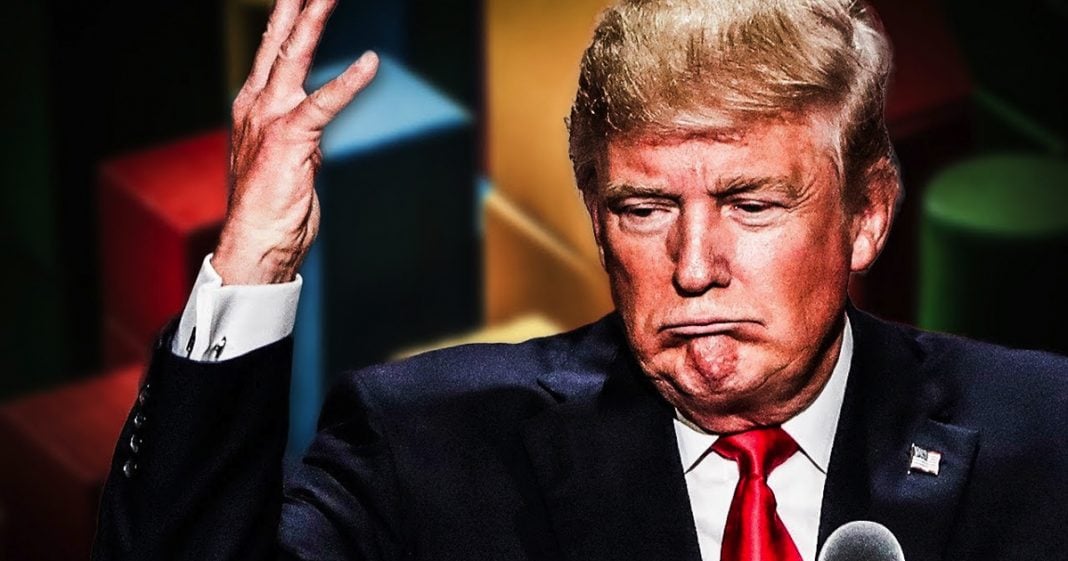 HR McMaster, Donald Trump’s National Security Adviser, told a tech CEO recently that Donald Trump was an “idiot,” a “dope,” and that he has the “smarts of a kindergartner.” These are strong words coming from someone that the President trusts, and even more compelling considering McMaster isn’t the first to say things like this behind closed doors. Ring of Fire’s Farron Cousins discusses this.

According to a new article in Buzzfeed, H.R. McMaster, Donald Trump’s National Security Advisor, believes that Donald Trump is an idiot, a dope, and has the smarts of a kindergartner. At least that’s what H.R. McMaster told the CEO of a tech company during a recent private meeting. So, McMaster, one, called Trump an idiot, similar to what Secretary of State Rex Tillerson called him earlier this year, he called trump a dope, which I’m sure that’s a name most of us agree on, but has the smarts of a kindergartner. Now, that’s the particular line out of the insults that McMaster lobbied against the President that we should probably focus the most on, because after all, McMaster is Donald Trump’s National Security Advisor, you know, the guy who informs the President about threats to the United States, about threats overseas that the United States might or might not need to be involved in. And if he thinks that Donald Trump is as smart as a five or six year old child, yeah, we’ve probably got a pretty pig problem sitting there in the White House.

How many more members of the Trump administration, how many more cabinet officials that Trump himself appointed, have to come forward and tell us that this guy is a complete fricking moron before we decide to do something about it? In this case, the case of the National Security Advisor telling us he’s as smart as a kindergartner, this is a man that gets to make life or death decisions, not just about Americans but about people overseas. Reports have already shown that Donald Trump is killing civilians with his drone warfare against ISIS at an alarming rate, higher than Barack Obama ever could have imagined. And yet we’re just letting him sit there and do it.

We’re not invoking the 25th Amendment, we’re not demanding that Republicans in DC take action and put a stop to this mad man’s antics, no, we just laugh along with the stories that say that Donald Trump’s dumber than a kindergartner, Donald Trump’s an idiot, so says his cabinet. There’s gonna come a time when these stories aren’t gonna mean anything anymore, the public’s gonna become numb to them, and it’s all because people aren’t taking enough of a stand, to demand that our officials in Washington DC do something, invoke the 25th Amendment, to get this psychopath out of office.

Because until that happens we’re just gonna see more reports, more people coming out, more insults lobbied against the President. And yeah it’s fun, it shows what kind of a person he really is, but at the end of the day it’s not actually helping anything, and it’s not fixing the problem. That lies with the American public, and with the Republicans and Democrats in Washington DC. We have to step up and demand that they do their job in order to get Trump out of the office, so that he can’t do that job anymore. There’s a chain of events that has to happen here, and unfortunately it starts with the American public. And while we do have a lot of voices crying for Trump’s removal from office, at this point there simply are not enough. We have to make that chorus louder; that’s on us.