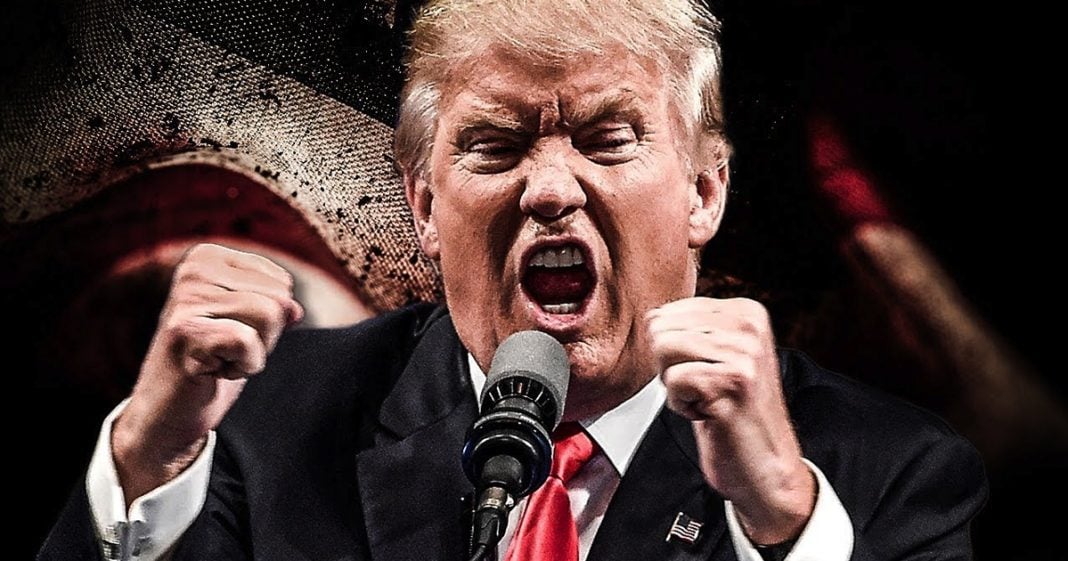 According to new reports, the staff at the White House has been showing Donald Trump faulty poll numbers that show him with a better approval rating than what he actually has. This is incredibly dangerous for the United States, as it gives Trump clearance to say that the other accurate polls are just “fake news.” Ring of Fire’s Farron Cousins discusses this.

Donald Trump still believes that any poll showing that his approval rating is somewhere between 36 and 41% is fake news, so how could someone like Donald Trump, the president of the United States, consistently continue to deny reality? Well, you can actually blame his staff for that. A new report shows that Donald Trump’s staff inside the White House has actually been feeding him phony polls that show his approval rating much higher than 41%, which is currently what the highest credible poll shows it at. These staffers are giving Donald Trump internal polls, polls only conducted among Republican Party faithfuls, Republican donors, or just polls consisting of only Donald Trump supporters, so obviously those numbers are going to have a much higher approval rating and those are the polls that these staffers are feeding to the president, giving him plenty of ammo to say that all of the other real polls are just fake news when in reality he’s the one being given fake news by his staff.

In this particular instance, the staff is at fault. I know that Donald Trump is volatile and they’re just doing this to keep him happy, but at some point you can’t continue to push this man into full-blown dementia because you don’t want to face his wrath, because you’re worried about the kind of reaction he’ll have if you show him a Gallup poll showing that his approval rating is 40%. That doesn’t matter. I get that he’s probably not the best person to work for. I understand his anger issues. There have been plenty of reports on that, but you are doing this country a tremendous disservice by handing this moron a poll showing that his approval rating is much higher than it actually is, and you’re giving him what he believes is credibility to go on Twitter and call these other outlets fake news, something which his brain-dead supporters will then go out there, retweet, and back him up on.

You’re poisoning the public discourse just because you want to keep this idiot man-child president happy. That’s not how reality works. That’s not how the presidency works. That’s not the job of the White House staff. I know at one point there actually was a guy who had a job whose only position was to pull together a thing of positive news stories every day and hand them over to Trump, but he’s gone now, so can we dispense with this? Can we put an end to it? Can we stop feeding the president fake news just to make him feel better? If somebody’s temper is that volatile, if their emotional instability is that great, they probably shouldn’t be serving as the president of the United States to begin with.