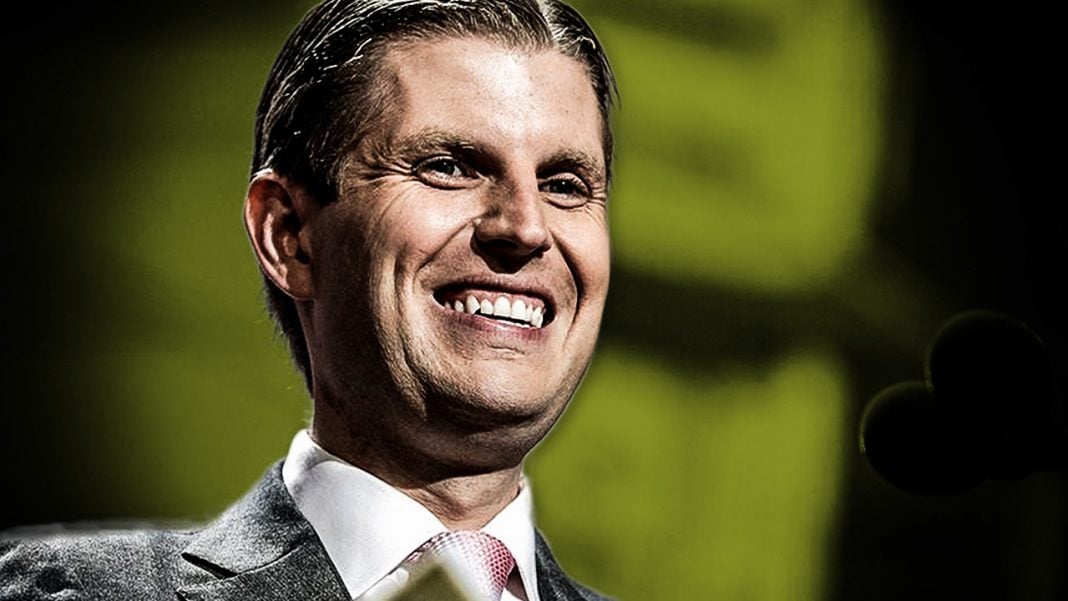 According to a new report in Forbes, Eric Trump did, in fact, take hundreds of thousands of dollars that were appropriated for charity and paid them to his own company. Trump claims that the amount paid to his businesses were simply reimbursement costs, but the figures are well beyond any reasonable expense that the businesses incurred while hosting charity events. Ring of Fire’s Farron Cousins discusses this.

Just when you thought that the Trump administration could not get any more like a cartoon villain, a new report has come out that actually confirms the fact that Eric Trump, Donald Trump’s son, has been taking money away from kids with cancer in order to pay it to his own businesses. This story originally came out several months ago, I believe it was over the summer, that Eric Trump was essentially stealing money from kids with cancer. This new report from Forbes confirms that yes, not only did he take money away from kids with cancer and pay it to his own business, but based on the numbers of the amount of money that he took from them, you could really only qualify this as stealing.

Here’s the story. Eric Trump would hold fundraisers at Trump-owned properties for kids with cancer and other various charities. He would then take the money that was raised during that night, pay some of it to his company for what they called expenses for renting out the property, and food, and so on, and then whatever was left he would turn over to the charities, as far as we know. In 2012, the expenses that he took were only $59,000. That was the cost of renting the Trump-owned property, all the food, the decorations, and all that. The next year, that number for the same event, same kind of venue, same venue, ballooned from $59,000 to $230,000 that Eric Trump again took away from kids with cancer so that he could put it in his own pockets.

I know a lot of Republicans out there are going to say, “They have to pay the expenses for the venue.” Sure, I understand that, but when you own the venue, you don’t have to charge. That’s a personal decision. If you feel the need to do that, you can just simply write off that expense as a tax write-off, as a charitable deduction that you donated the time and the space to that charity without having to take any money away from them. There were several other very legal avenues that Eric Trump could have taken to not only not lose money on that event, but also to not steal money from kids with cancer.

I can’t say that line enough. Eric Trump stole money from kids with cancer. That’s about as low as you can get here in the United States, and again, it’s something that you would see on a bad Saturday morning cartoon or a bad kids’ movie, somebody stealing money from the charity to put it in their own company. This is Lex Luther-type shit we’re talking about here, except it’s the son of the president of the United States.

Unfortunately, it doesn’t look like anything Eric Trump did was necessarily illegal, so he’s not going to be going to jail for this. However, I believe that a full-blown investigation should be conducted to find out whether or not Eric Trump did overcharge the charity, in which case he needs to give every cent of that money and then some back over to these charities, and these charities need to wise up and understand that Eric Trump, Donald Trump, Jr., and Donald Trump himself or not charitable people. So, if you want to hold an event, my suggestion is go anywhere other than a Trump-owned property.