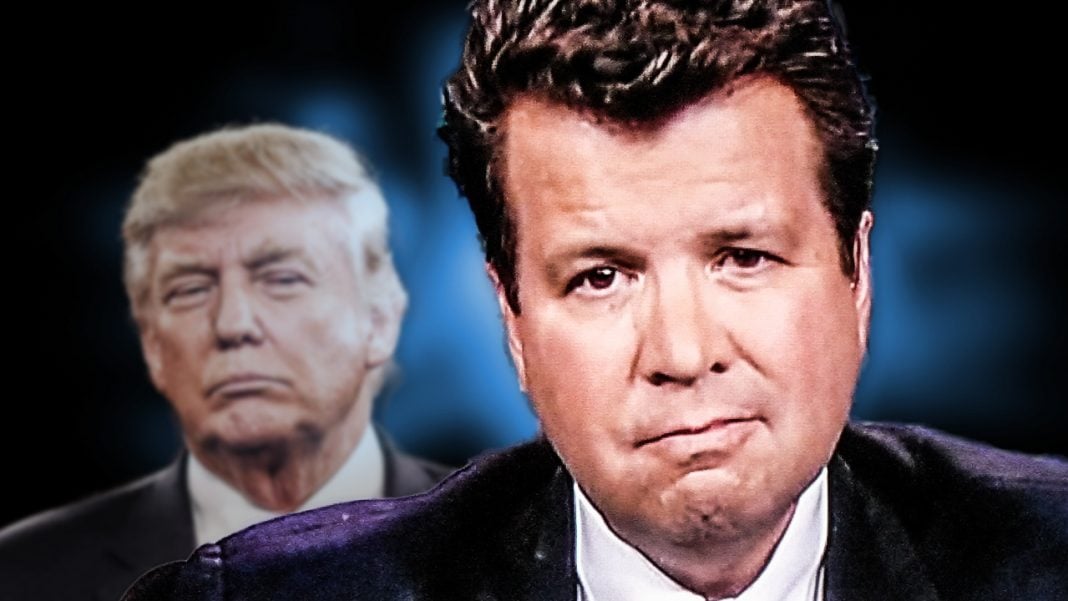 Fox News host Neil Cavuto has had about enough of Donald Trump’s infantile behavior, and he made that very clear on his program on Monday. Cavuto blistered Trump by saying that he needs to start acting like the President of the United States and stay out of the petty Twitter feuds that he loves so much. Ring of Fire’s Farron Cousins discusses this.

It’s not secret that Fox News is Donald Trumps favorite media outlet in the entire world. So it’s probably got to be a little concerning for him given the fact that several Fox News hosts have come out recently and actually attacked the President. Last week it was Shepard Smith debunking the Uranium One scandal that is something that Donald Trump has been pushing, and now this week it was Neil Cavuto talking about the Presidents bizarre Twitter rants against LaVar Ball, that took place earlier this week and over the weekend. Take a look at how Neil Cavuto reacted to Donald Trumps Twitter rants here.

Neil Cavuto: Pick your fights, because neither of these seems worth the fuss. You wanted a thank you, you got it. You wanted a reason to go after a Senator you hate, you pounced on it. But last time I checked, you are the President of the United States. Why don’t you act like it?

“You’re the President, why don’t you act like it?” Those are pretty strong words coming from a host on Fox News directed at Donald Trump. After all Fox News was the network that gave Donald Trump a free pass throughout the entire primary and Presidential election. Allowing all his bizarre unpresidential behavior to just go unchecked. Instead they devoted all their time to attacking Hilary Clinton and ignored the many, many, many problems and scandals of Donald Trump. Now suddenly people like Cavuto are saying, “Why don’t you act more Presidential?” This man has never done a single thing in his life that should be construed as Presidential. He has proven at every given opportunity that not only does he not know what the hell he’s doing, but that he doesn’t have the mentality to be able to properly execute the job of President of the United States.

I know it’s tough for the people at Fox News, they put all their chips in the Donald Trump basket, but still you’re not going to get Presidential behavior from a guy like Donald Trump. Mainly because he doesn’t want to be Presidential, he likes who he is, and on top of that his hard core supporters like the way that he is responded to this LaVar Ball criticism. In saying that he didn’t get a thanks even though he absolutely did, on Twitter. On this Cavuto segment that was Tweeted out by Fox News, the ardent, hard core Fox News Donald Trump supporters were calling for Neil Cavuto to come back on and apologize. How dare you criticize the President? Some people said, some people said that they’re regular Fox News viewers and this kind of behavior is absolutely disgusting.

So Neil Cavuto doesn’t have a lot of people backing him up from his audience, but he has found a few people willing to praise his statement online. I don’t want to praise his statement. Yeah it’s great that he said it, but at the same time he’s done nothing but prop up Donald Trump since the primary. So why should I suddenly care that he’s suddenly realized Donald Trump isn’t Presidential? Neil Cavuto is part of the problem, as is everybody else at Fox News, maybe Shepard Smith occasionally is the voice of reason, isn’t as big of a problem. But Cavuto has done nothing but push the tax cuts for the wealthy, he’s pushed endless war, he talks about the stock market growing as if it’s something that’s going to help the underclass and the middle class, which is absolutely won’t. Cavuto’s part of the problem, and I honestly could not care less about the fact that’s he mad that Donald Trump isn’t acting Presidential enough for him.