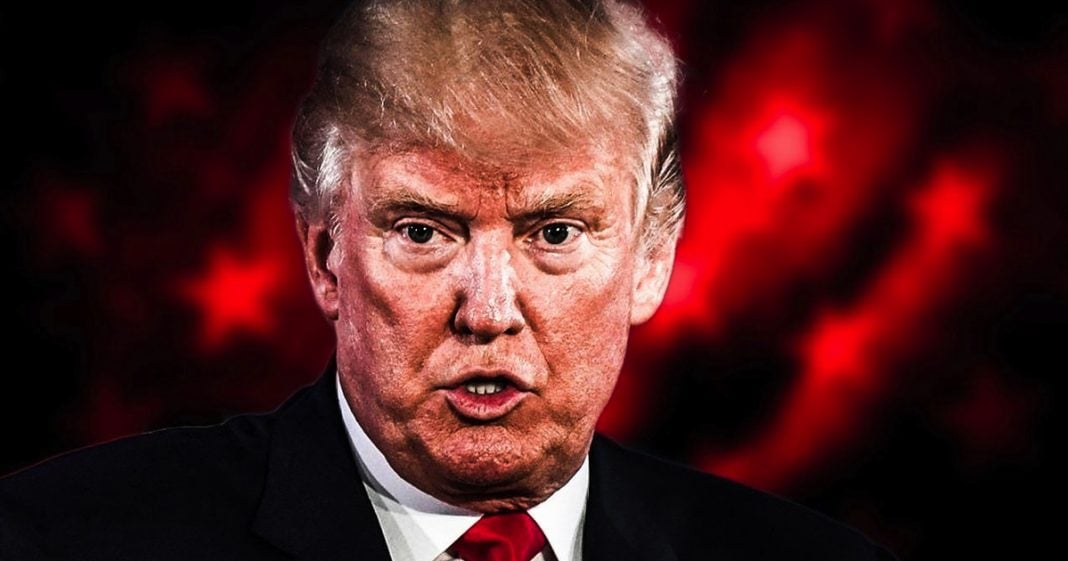 According to a new report from Politico, Donald Trump’s disgusting Twitter feed is finally starting to turn off swing voters in some states. But there is a slight catch to this: If the economy improves, swing voters say they will give Trump a pass for his disgusting and derogatory comments. Ring of Fire’s Farron Cousins discusses this.

According to a new analysis by Politico, Donald Trump’s tweets might be hurting him in the area where he needs the most help, and that is with swing voters in the United States. Now, according to Politico’s report, they did a focus group of voters in Wisconsin and other swing states in the Midwest that Donald Trump won, the states that basically helped push him into the presidency. They did a focus group with them earlier this year and found out exactly why they voted for Trump, even though they had previously voted for Obama, and many of them said it was because they wanted the economy to be better and they felt that Donald Trump was going to be the person to do that. Well, recently they reconvened that same focus group with the same people and asked them the same questions, and right now people are getting severely pissed off about Donald Trump’s Twitter feed, and they say that that could be the determining factor in whether or not they would support him again if he lasts long enough in office to run again in 2020.

Here’s what’s happening right now. The people who actually put Donald Trump in office, the people that voted for him in these swing states, the people that went from Obama to Trump, are unhappy about Donald Trump’s Twitter feed and they believe that his constant focus on starting feuds on Twitter, attacking basketball players and their fathers, insulting other world leaders, they believe that his focus on that is detracting away from the economy, even though right now the economy’s doing pretty good. Honestly, it should be doing pretty well, because we were still up until about mid-September operating off the Barack Obama 2017 budget. Donald Trump’s official budget has yet to take full effect in the United States, so we’re still living with the remnants of the Obama Administration, and that’s why things are going pretty well at the moment.

Once Republicans enact their tax plan that’s going to give everything away to the corporate elite and the wealthy in the United States, things are going to start going downhill pretty quickly, because that’s what’s happened every other time Republicans have tried trickle-down economics, so it’s very likely that these same voters that helped push Trump into office are going to turn their backs on him because the economy’s going to falter, and he’s going to spend most of his time worrying about what people are saying on Twitter and who he can start his next feud with because as these swing state voters point out, that’s the only thing that Donald Trump actually cares about since he’s taken over the White House. He doesn’t care about the economy. He doesn’t care about foreign policy. All he wants to do is get on Twitter and pick fights with people that he believes are beneath him, although his Twitter feed has consistently shown us that Donald Trump is about as low as you can actually go on the humanity totem pole there. The guy is a complete slime ball and finally American voters are starting to understand that.