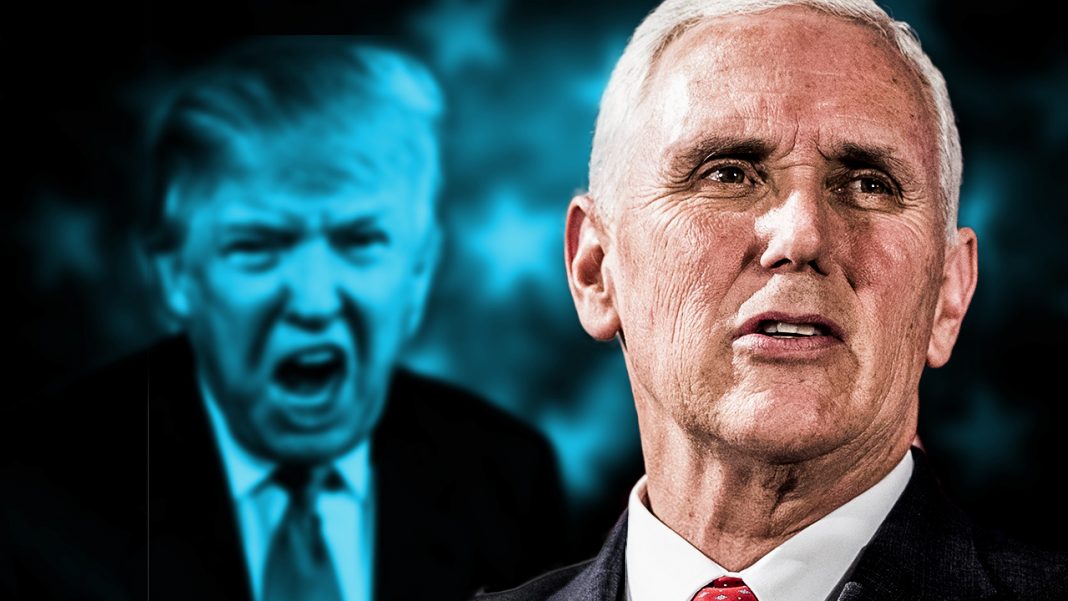 Republican governors across the United States are terrified about what Donald Trump could do to their chances of winning reelection in 2018. So far, two gubernatorial races have swung to Democrats, and many Republican governors are worried that they won’t be able to shake off the stench of Trump in time for reelection. Ring of Fire’s Farron Cousins discusses this.

According to a new report in The New York Times, Republican governors in the United States are absolutely terrified about what Donald Trump will do to their reelection campaigns in 2018. So far this year, in just the last few weeks, we’ve seen two gubernatorial races in the United States, both of which went for the Democrats, one in Virginia, one in New Jersey. The New Jersey governorship had previously been held by Chris Christie, a Republican. That office now flipped to Democrats. So Republicans are rightfully worried about the kind of stench that Donald Trump has put on the entire Republican party. They’re not worried about their own policies. They’re worried the damage that Trump himself has caused to the Republican party, and many of them believe that is why the Republicans that Donald Trump backed in those recent elections lost by huge margins, and to be honest, they’re not too far off in their assessment.

The New York Times also says that some of the governors have actually met with Vice President Mike Pence in order to find out exactly how they can distance themselves from Donald Trump while still maintaining their Republican credentials. In other words, they’re trying to tell Mike Pence, “Hey, listen. We don’t want Donald Trump to come campaign for us. We don’t want him to go out on Twitter and support us, but if you could maybe prevent him from attacking us, we might actually be in good shape.”

Now Mike Pence, as we all know, is pretty much a spineless guy, so it’s very unlikely that he’s going to go to Donald Trump and beg him not to support these Republicans. But what we do know is there are a few Republicans out there, for example, Governor Paul LePage in Maine and the Governor of Mississippi, who believe that tying themselves to Donald Trump is absolutely the perfect way to win an election in 2018. And to those people, I have to say, “Yes. For the love of God, please do that.” Please have Donald Trump come to your state and campaign with you. Please tell your state’s citizens that your policies are identical to Donald Trump’s. Please tell your constituents that you support everything that Donald Trump says on Twitter, because I am dying to know how that turns out for you in terms of electoral victories.

My guess is that it’s not going to go the way that you think because Donald Trump, a guy with a 40% approval rating, isn’t exactly the most well liked politician in the United States. That mantle still resides with Bernie Sanders. But Republicans again, these governors, they understand that Donald Trump is a cancer on the Republican party. But rather than actually doing something about it, rather than talking to their Republican colleagues in Washington DC about possibly invoking the 25th amendment, these spineless little weasels are attempting to go through Mike Pence, telling Pence that please, keep Trump out of my election so that I can have another four years in the Governor’s Mansion in my state.

Well, it’s not going to work. We know how Donald Trump operates. We know he’s going to see stories like this and he’s going to become increasingly more angry at these Republicans, which is either going to result in him personally attacking them on Twitter, or him directing the RNC to not give them any more money, which is something he doesn’t necessarily have power to do, but he’ll probably tell them to do it anyway. Whether or not they follow through is up to them. Donald Trump and his stench have permeated the entire Republican party and Republicans are finally understanding the fact that it’s going to cost them their careers.