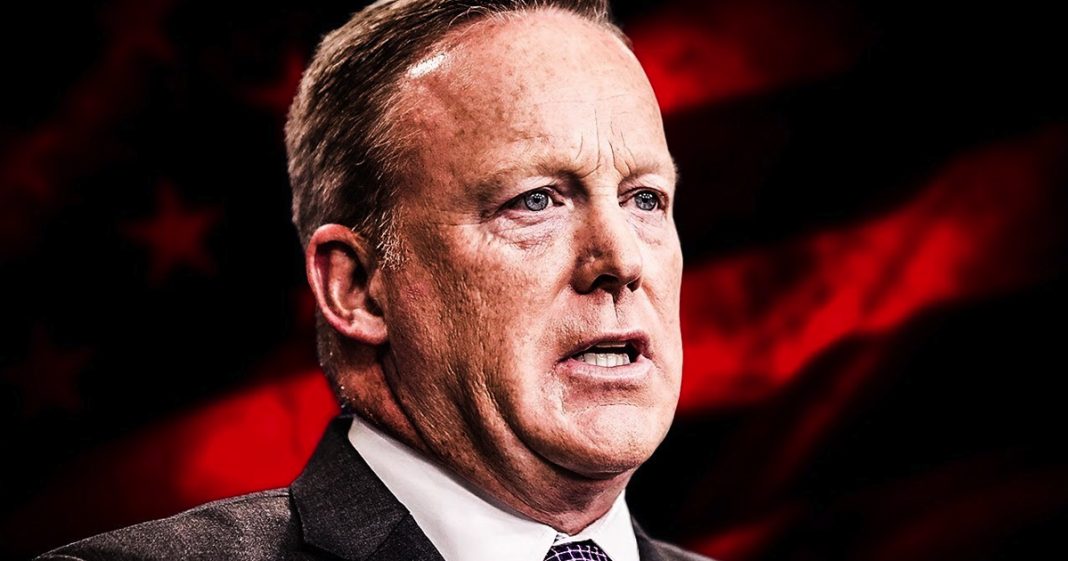 According to new reports, former White House Press Secretary Sean Spicer still can’t find a high-paying job in the US media since leaving the Trump White House. Part of this is due to the fact that he is known as a serial liar, and the other part is due to the fact that he spent months criticizing every media outlet other than Fox News. Ring of Fire’s Farron Cousins explains why Sean Spicer is right where he belongs in the unemployment line.

Reports are telling us that Sean Spicer, the former White House press secretary, is just having a hell of a time trying to find a high-paying job somewhere in the media. Spicer, when he left the White House, did get a gig at a college and he’s been doing that, but he wants the big money. He wants a job where everybody in this country can see him and hear him and love him and respect him, and unfortunately for Spicer, that job just isn’t going to happen, because when you spend the first seven months of the year 2017 lying to the American public and demeaning everything that the corporate media has ever done, it’s gonna be really hard for them to want to hire you.

Sean Spicer, much like Donald Trump, is one of the people who continuously pushed the fake news allegations against outlets like CNN and Washington Post and New York Times and NBC and many others. So why on earth, after being called fake news by this guy by seven months, would any of these outlets consider even hiring him, and that is what Sean Spicer just doesn’t seem to understand. And on top of that, after he left the White House, he didn’t interview on Sean Hannity’s Fox News show, where he once again landbasted all of the other media outlets in this country, with the exception of Fox News. We also know that Fox has declined to give Sean Spicer a contract, so the poor guy just can’t get a job. He can’t get the kind of high-paying job that he feels he deserves, but on behalf of the entire American public that you lied to for seven months, I don’t feel sorry for you whatsoever. You belong in the unemployment line. Your nonstop lies caused irreparable damage to this country, so there is absolutely no sympathy available for you.

Also according to reports, Spicer had offered Saturday Night Live that he would come on the show, and they said thanks but no thanks. So Sean Spicer can’t even get a gig on SNL impersonating himself. That’s how bad things are for this guy, but it should also serve as a warning sign for all other members of the Trump administration, particularly Sarah Huckabee Sanders, the person who took Sean Spicer’s job. If you’re gonna spend your days lying to the American public, defending an indefensible President, things aren’t gonna be so rosy for you once you decide to finally leave that White House.