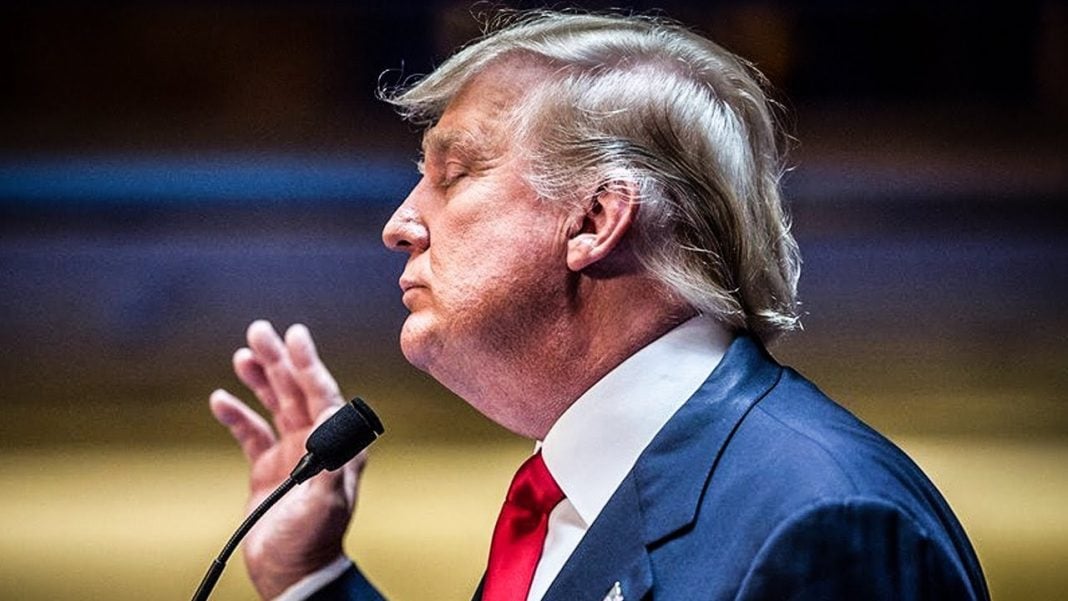 The U.S. Department of Justice says that the tweets of Donald Trump are official presidential statements and that their offices treat them as such. This means that every insult, every lie, and every idiotic thing coming from that Twitter feed will become an official presidential record for generations to look back and study. Ring of Fire’s Farron Cousins discusses this.

On Monday of this week, the Justice Department found itself in court, where it was forced to explain their official stance on Donald Trump’s Twitter. Now, previously, Kellyann Conway, White House counselor, told us that Twitter is the president’s preferred method of getting his message out to the American people, getting it out to as many people as possible.

However, the White House had maintained that these are not official presidential statements, therefore, they are not subject to the presidential records act and will not and could not and should not be preserved for posterity.

Here is their specific answer here: “In answer to the court’s question, the government is treating the president’s statements to which plaintiff’s points, whether by tweet, speech, or interview, as official statements of the president of the United States.”

Now, this is more than just a “Ha ha, now all your tweets are public record,” type thing, because that may or may not happen, but this does open the door for that to happen. Here’s what that means, that means that every insult, every time he’s referred to “Sleepy Eyes Chuck Todd” or insulted Rosie O’Donnell or anyone else in this country or another country, every little threat of war that he has given to North Korea, those are official statements of the president of the United States. That’s no longer the musings of an unhinged, angry conservative on Twitter. Those are official declarations by the president, thereby subject to preservation under the Presidential Records Act.

Which means that not only do we have to live with the fact that other countries may start treating these tweets as if they are official presidential statements, it means that future generations are gonna be able to go back and see what happened. They’re going to be able to go back and read his tweets, because they’re going to be preserved. He’s not going to be allowed to delete them. He’s not going to be allowed to block anyone on Twitter, either, as everyone in this country has a right to see a presidential proclamation, which is really gonna hurt his Twitter feed, if you ask me.

But again, it’s the preservation of these tweets, that honestly, even those of us who despise Trump with everything we are, we don’t want these tweets preserved. We don’t want future generations to look back and see that somehow, this country managed to elect this guy as our president. We don’t want these insults and these lies and these proclamations of “We’re going to get you with fire and fury,” we don’t want future generations to see how dumb we were, even those of us who didn’t vote for him. That’s not a good thing.

I understand saving some things for future generations to see. This planet should be one of them, even though we’re not doing that, but saving this jackass’ tweets, so that everyone in the future can see how stupid America was in 2016? That’s not going to end well for anybody.