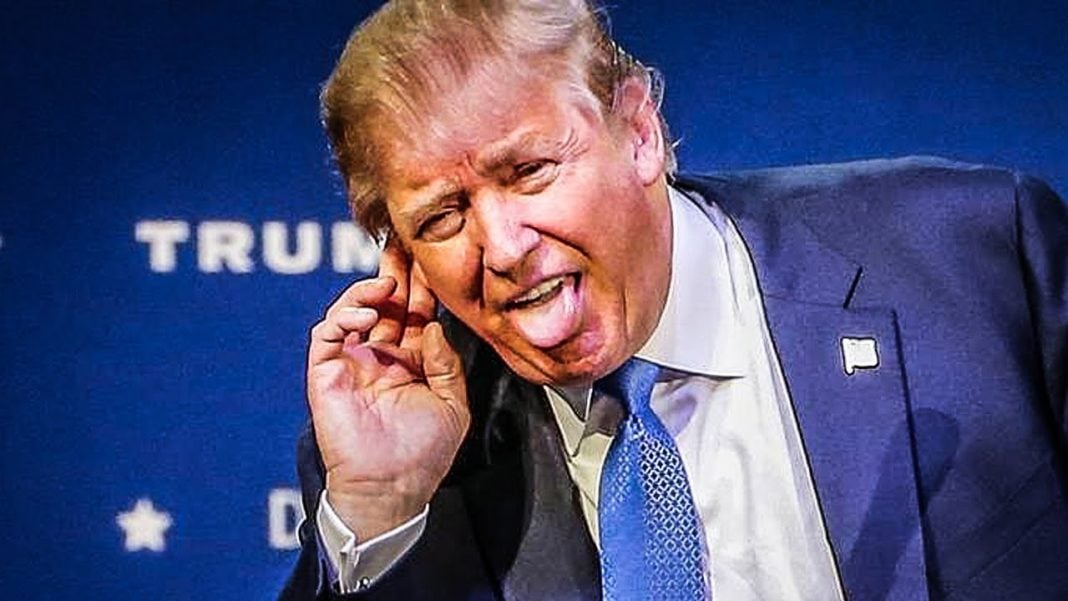 Just a few months ago, fact checkers clocked Donald Trump in at right around 5 lies to the American public every day. But since August, the number of lies has been growing at an alarming rate, bringing his current lie-rate up to 5.5 times every single day. The man clearly has a psychological problem and it is beyond time that we took it seriously, as Ring of Fire’s Farron Cousins explains.

Ever since Donald Trump announced his campaign for President back 2015, I’ve noticed something after repeatedly watching everything that this man does. There is only one thing in the world that Donald Trump does well, or at least does well enough for him, and that is lying. Donald Trump is absolutely one of the best liars in The United States, not because of his ability to get away with a lie, but just with the sheer amount of lies that he tells.

Earlier this year, I think it was back in August when he hit his 1,000 lie mark for his presidency, the President was lying just under five times per day. I think it was about 4.8, 4.9 lies average per day. As of today, as of November 15th, 2017, Donald Trump is lying on average of five and a half times per day, every single day, to the American public. So how did he increase that average? How did he beat his old high score?

Well, for the last month or so, Donald Trump, according to Fact Checkers, has been lying an average of nine times per day to the American public, which brings up that under five point average up to five and a half. Five a half times per day on average, Donald Trump is lying to you, lying to me, lying to all of us, lying to the world, for everyone to see. Now, doesn’t that sound like somebody who maybe has a bit of a psychological issue, a pathological need to not tell the truth? Because that’s what we’re looking at here, this isn’t just a fun, oh, Donald Trump won’t stop lying to the public. This is a man who clearly has something very wrong with the way his brain works.

He is incapable of thinking and acting like a normal, rational human being. That’s not exactly the kind of guy that we need to have sitting in the Oval Office with access to the nuclear codes, of which right now nobody can stop him from launching. Donald Trump needs to be reigned in somehow, some way, and the only way that I can think of is by invoking the 25th Amendment. A man who lies to the world five and a half times per day on average is not the kind of sensible, rational human being that we need serving as the President of The United States. He is a national embarrassment and members of every party in Washington DC need to be doing everything that they can to remove him from office before his lies cause further damage to The United States.