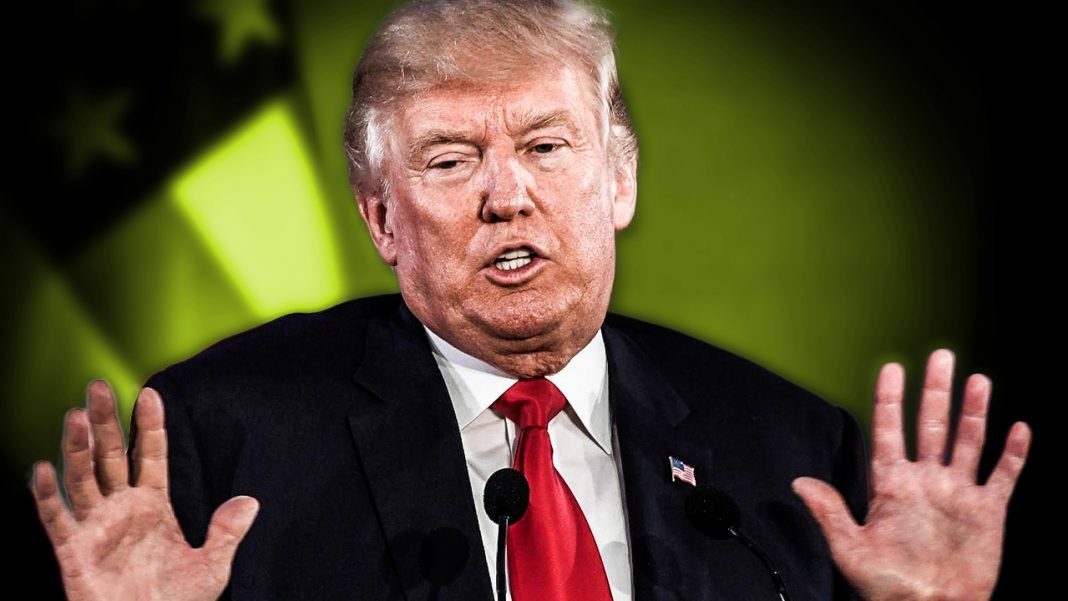 During his recent trip to Vietnam, witnesses say that Donald Trump was begging the leader of Vietnam to purchase some military equipment from the United States because he believes it will help boost his approval ratings. Witnesses say that Trump told those gathered that he’ll be up for election again before you know it and he could really use that “win”. Ring of Fire’s Farron Cousins discusses this.

According to a new report by Bloomberg, during his recent visit to Vietnam, Donald Trump reached out to Vietnamese prime minister and asked if he would be willing to purchase some US military equipment because Donald Trump “needed a quick win.” According to the Bloomberg report, witnesses who were present during this little meeting said that Donald Trump was begging the Vietnamese prime minister to buy this military equipment from the United States, one because he needed the quick win, but two because he said, “I’ll be up for election again before you know it. And I need something to bolster my approval ratings and people seem to like military weapon sales.”

Well there’s several issues with what Donald Trump claims here. First and foremost, who the hell likes military weapon sales other than weapons manufacturers? When was the last time you saw a massive arms deal announced in the United States and the American public started dancing in the streets? All you see is people coming out and saying, “Why the hell are we sending weapons over to other countries? Why are we arming everyone else to the teeth? What’s in it for us, because that sounds like a pretty stupid idea.” So I don’t know why Donald Trump think that this is going to help his approval rating or help the American public love him more because the American public dislikes a lot of things. But one of the things they really dislike is sending military grade weapons to anyone, even in our own country much less another country so close to North Korea.

But that’s neither here nor there. The most important thing is the fact that Donald Trump understands that he is in trouble. He understands that he’s facing a very tough reelection fight in 2020 if his presidency even survives that long because of all of the investigations going on. It’s likely that Donald Trump will be ineligible to run in 2020. And he is finally starting to understand that. And of course he can’t say that here at home. He can’t say that in public. He can’t say that to people around him, because he knows everybody’s a leaker.

But he can say it overseas where he thinks he’s far enough away from American ears to get away with saying things like that. But luckily the people in that room decided, holy crap, this is pretty screwed up. Somebody needs to know about this. So thank you to whoever it was that came forward and told us this horrifying story of Donald Trump pushing American military equipment on the rest of the world because it shows us how truly desperate this man is to keep his approval rating above 30% just because he thinks he might actually be able to run for reelection again in 2020.