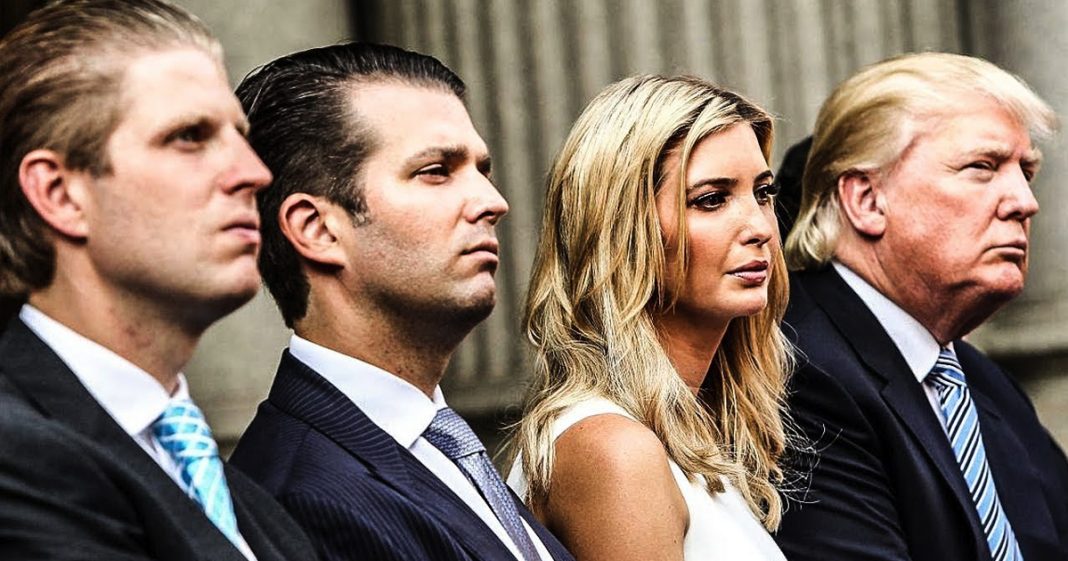 According to a new analysis of the tax plan that passed the House this week, the entire Trump family will save close to $1 billion dollars under the new plan. Meanwhile, Medicaid is getting cut by $25 billion per year, effectively immediately, and itemized deductions that save lower-income Americans tons of money will vanish. This plan is pure theft, as Ring of Fire’s Farron Cousins points out.

On Thursday of this week, Republicans in the House of Representatives were finally able to pass their disgusting tax reform package. Who’s gonna be the biggest beneficiary of that? Well, if you said rich people, you’re absolutely right. In fact, according to a new analysis by NBC News, Trump and his family will personally save about $1 billion due to the new policies in the Republican tax package. Meanwhile, the rest of the country, those of us who don’t fall into that top 1% or even the top 5%, those of us in the bottom 95%, we’re essentially getting screwed harder than we could ever imagine. Because in addition to people like Donald Trump and his family saving $1 billion, there’s also specific tax breaks and tax cuts for people who use private jets.

Meanwhile, teachers in this country are losing their ability to write off supplies that they have to buy with their own money for their classroom. Let me go ahead and explain how that works real quick too, in case any of you don’t know. My wife is a special education teacher. She spends probably well over $100 every single month out of her own pocket to buy shit for her classroom because there’s no frickin’ money in the State of Florida to provide the things that teachers need. I have a lot of teachers in my family. I have a lot of friends who are teachers, and the story is exactly the same with every single one of them. Now they won’t even get to write that stuff off. Why? Because rich people need a tax break for using private jets because Donald Trump and his idiot kids need a tax cut because they don’t wanna pay an inheritance tax when daddy finally kicks the bucket and they take all his money. This is theft, folks. This is outright theft from the bottom 95% to give it back to the top 5%.

In addition to all that stuff, we’re looking at $25 billion immediately cut from Medicaid, health insurance for the poor in the United States. $25 billion will be cut immediately upon presidential signage of this piece of legislation, from poor people so they can’t buy health insurance. In all my years of studying politics, of reporting on politics, this is the most disgusting thing ever. This is the most disgusting thing ever. That’s the end of that sentence. I have never seen any group of Republicans in this country, in the history of this country that I have studied, ever try to pull off such a grift on the American public, but that is exactly what happened in the House of Representatives yesterday. This piece of legislation is going to take everything away from the bottom 95% to give it to the top 5%.

If history is any indicator, that typically tends to lead to revolution. I hope it doesn’t. I don’t wanna see that happen. But there is only so much, and there’s actually good metrics to back this up, there’s only so many times you can squeeze the underclass, only so many times that you can push people further and further and take away their rights and take away their programs that help keep them alive before they finally decide to take action. Republicans don’t seem to understand that crisis index, but they might.