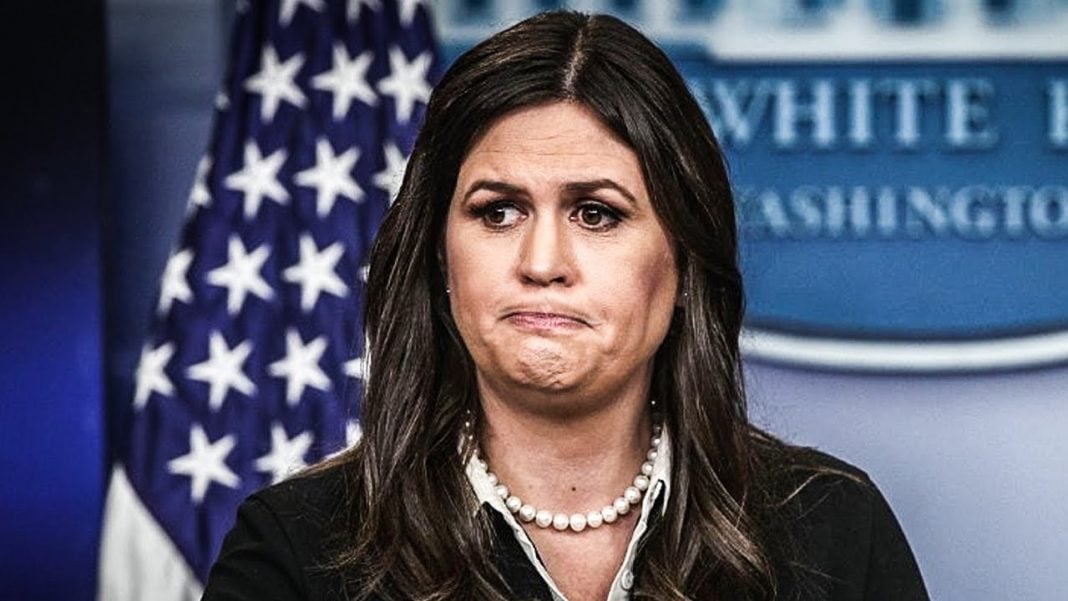 During Thursday’s White House press briefing, Sarah Huckabee Sanders was asked outright by a reporter if she thought that Alabama senate candidate Roy Moore was a “creep.” Rather than admitting that he is, Huckabee Sanders instead said that she couldn’t answer that because she doesn’t know him personally. Ring of Fire’s Farron Cousins dissects Huckabee Sanders’ response.

During Thursday’s White House press briefing, White House Press Secretary Sarah Huckabee Sanders was asked all sorts of questions on all sorts of different topics, including Al Franken and the assault allegations against him, and she was asked about Roy Moore in particular. One of the reporters there present in the room asked her just point blank, “Do you think Roy Moore is a creep?” I mean, seems like a pretty easy question to be able to answer, right? Is this guy who preyed upon teenagers, who was banned from a mall for preying on teenagers when he was in his 30s, is this dude a creep? To which Sarah Huckabee Sanders said, “I can’t speak to that, because I don’t know him personally.”

Well, you know what? I’ve never met Charles Manson, but I’m going to go ahead and say, yeah, he’s a creep, just like I’ve never met Roy Moore, but I’m willing to say that yeah, he’s a creep, as is Donald Trump. You know what? There’s a lot of people I haven’t met that I’m 99.9999% sure are absolute creeps and you can tell that without even having to know them personally. You can judge it based on their behavior, based on the things they say, based on the things they do, the way they act, the way they treat other people. That’s how you can determine that. You don’t have to go sit down for a dinner with Roy Moore to find out if the man is a creep.

To be honest, it’s quite frankly disgusting that Sarah Huckabee Sanders wouldn’t even just come out and say, “You know what? Yeah, the guy creeps me out. Maybe I’m not going to say he is a creep, but he’s creepy.” I mean, come on. You got to give us a little more than that. Don’t sit there and act like you’re just going to be a Republican team player while one of your candidates gets accused by woman after woman of harassing her or having inappropriate contact with her while she was a teenager. Sometimes these issues transcend party politics, and it’s okay to call a creep a creep, and in this case, Roy Moore is 100% without a doubt a disgusting Republican creep.