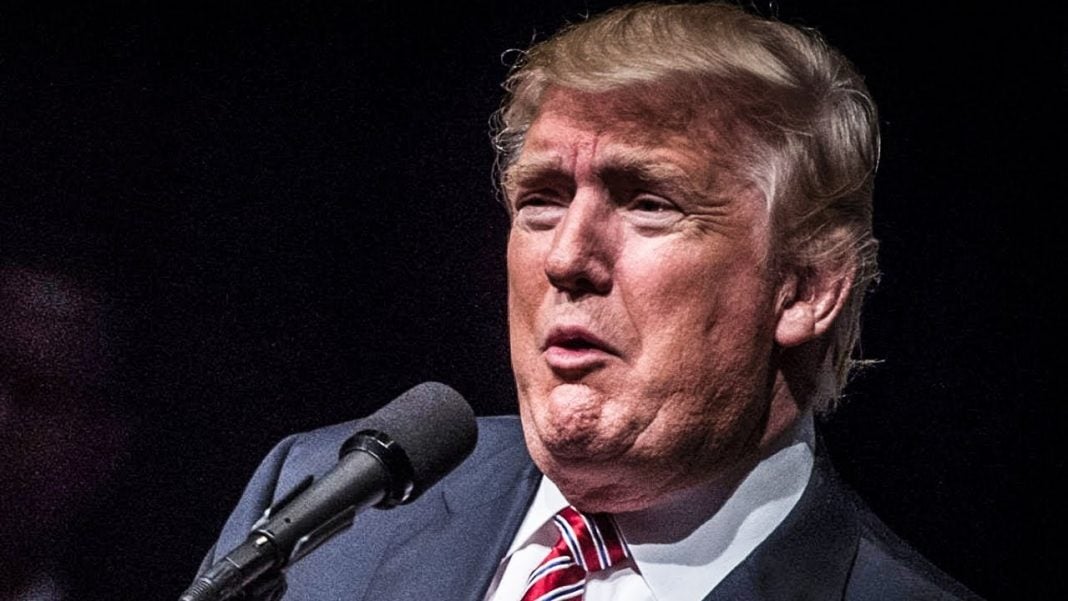 On Thursday, the official Twitter account of the Pentagon retweeted a tweet that called for Donald Trump to resign from office over his personal claims and the claims of other women that he sexually harassed and assaulted them. The Tweet was deleted rather quickly, but the story goes far deeper than a single erroneous tweet by a government account, as Ring of Fire’s Farron Cousins explains.

In a bit of humorous news that happened this week, the official Twitter account of the Pentagon accidentally retweeted somebody who tweeted that Donald Trump should resign from office. Now, in the Pentagon’s defense, the part about Trump resigning was pretty far down in the tweet, because at first, it said, “Roy Moore and his sexual accusers. He should resign from the race.” Then it said, “Al Franken, with the new revelations about him, he should resign,” two things I happen to agree with. But then at the bottom, it mentioned the 17 women who have accused Donald Trump of either rape, sexual assault, or sexual harassment. It said that he should also resign.

Whoever was running the Pentagon’s Twitter decided, “You know what? I like this message. I’m going to retweet it.” Now, it only took a few minutes for the tweet to actually be deleted by the Pentagon, but that still didn’t stop plenty of people from catching on to it on Twitter, including some of the 5.2 million people who happen to follow the Pentagon’s Twitter account.

Here is the bottom line. Yeah, somebody at the Pentagon screwed up, probably shouldn’t have done that. Maybe they’ll be reprimanded, maybe not. But the fact that Roy Moore and Al Franken are putting the issue of politicians and sexual assault on the table, it is getting impossible for Republicans to continue to ignore all of the allegations against Donald Trump. We have to start paying more attention to that, and just like all of these other women who have come out against Harvey Weinstein, the people who have come out against Kevin Spacey, against Al Franken and Roy Moore and everybody else that seems to be a powerful, famous guy, we have to take the women accusing Donald Trump seriously as well.

We have to treat them with the same kind of respect and dignity that we’re treating all of these other women coming out accusing everyone else, because their stories are just as likely to be true. They are just as plausible, and we have no reason to doubt them. Yet, for some reason, the President has continued to remain unscathed in all of this, when he is personally on tape admitting to doing it. He is the one guy that there’s really no question whatsoever about, because he admitted to it, and yet Republicans want to bury their heads in the sand. Democrats don’t seem to want to pursue it, and the big question is why?

I applaud whoever it was at the Pentagon, accident or not, because the issue of Donald Trump’s sexual assault, the history of sexual assault that this man has, that is something that every American citizen needs to be talking about and needs to be concerned about.