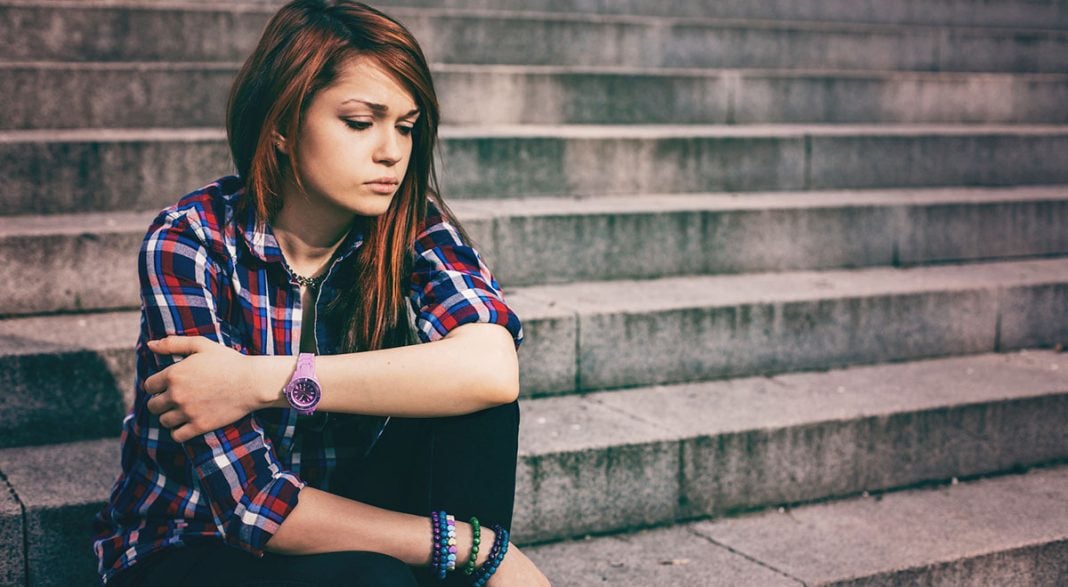 Earlier this week, The Ring of Fire published a story on how those who created social media sites such as Facebook intentionally designed them to “hook” people – like an addictive drug. Recent statistics are now showing that social media shares something else with narcotics – it can be fatal. According to data from the Centers for Disease Control (CDC), teen suicide rates have been rising since 2010 after twenty years of declines – paralleling the dramatic increase in cell phone ownership and usage.

According to the CDC data, the number of young people between the ages of 13 and 18 exhibiting symptoms of clinical depression rose by 33 percent between 2010 and 2015. Over that same period, teen suicide attempts rose by 23 percent – and the number of teens who actually took their own lives went up by 31 percent.

The CDC data was the focus of a study, published earlier this week in Clinical Psychological Science. Although the study did not establish a definite link, evidence suggests that the increase in teen suicide rates over the past several years is associated with a corresponding rise in the use of electronic devices, including smartphones, computers, and tablets.

The study’s lead author, psychologist Jean Twenge of San Diego State University, notes that the research doesn’t prove that long periods of time spent online causes alienation and increases the risk of suicide among teens – but the evidence strongly suggests that parents should be aware of the problem.

Twenge and her colleagues found that the trend affected teens across the socio-economic spectrum and all ethnic groups, although girls were more likely to be affected than boys. She notes, “For girls, a lot of social media revolves around concerns about popularity – am I going to get likes on this photograph, do I look good enough in this picture?”

One 17-year-old girl said it’s even more than that: “You’ll see your friends out doing fun stuff, and maybe you weren’t invited…that has a really big impact on some people.” Another said that “After hours of scrolling through Instagram feeds, I just feel worse about myself because I feel left out.” Add to that mix the anonymity and potential for “cyber-bullying,” and it is small wonder that today’s teens are experiencing psychological issues.

Twenge says, “Our analysis found that the generation of teens I call “iGen” – those born after 1995 – is much more likely to experience mental health issues than their millennial predecessors.” That generation is the first to have spent their formative years with the Internet, social media and all the electronic devices that supposedly keep people “connected.”

In her book – also titled iGen – she notes that for children and young people of this generation, social media and texting has largely replaced face-to-face, in-person interactions – and they are suffering historically high levels of depression, alienation, anxiety and loneliness as a result.

The study found that short periods of time spent on smartphones – 1 to 2 hours daily at most – has little effect. The problems begin when teens spend more than 2 hours a day looking at their smartphones, checking Instagram and Facebook. Pediatric psychologist Emily Laux notes, “The more time they spend on social media, the greater the risk of things like cyberbullying, which does have a direct link to depression.”

The silver lining here is that some teens are starting to realize the dangers of social media addiction. After three young people in their community took their own lives, a group of teens in Littleton, Colorado started pushing back. Recently, 150 high school students in the Colorado community started “Offline October,” challenging their fellow teens to unplug from social media for one month. That campaign ultimately drew 1,600 participants around the world.

Joe Roberts, a junior at Heritage High School, pointed out, “We’re not saying social media causes suicide, because it doesn’t. But it’s definitely a factor. We’re saying you can just be real with people. Talk face to face. If you are depressed, just be open about it. You don’t have to pretend your life is OK.” Participants were encouraged to ditch social media and engage in real-world, face-to-face activities. The campaign’s motto: “Don’t post a story, live one.”

That’s excellent advice for anyone.

If any good has come out of the world’s relatively new addiction to social media, it is growing realization that electronic interactions are a poor substitute for real relationships and experiences. Like our closest relatives, bonobo chimpanzees, we have evolved to live in communities such as families, clans and tribes (however one wishes to define those terms). Modern life and society is already completely at odds with our evolutionary and biological tendencies – and if we are to retain or regain our collective psychological and emotional health, we need to resist those technologies and institutions that pretend to connect us – but in reality, only separate and isolate us.