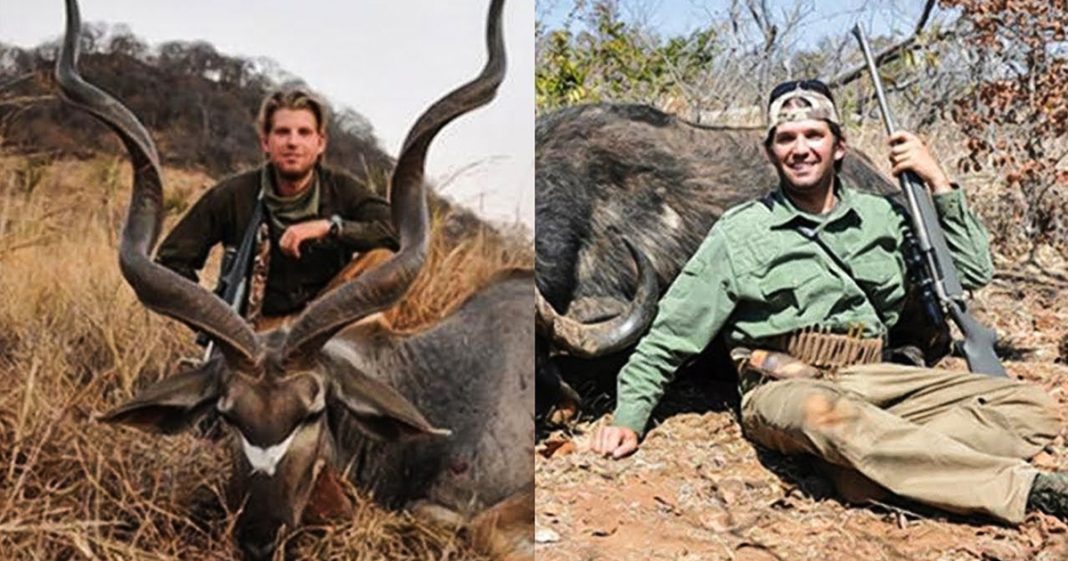 Donald Trump has decided that killing endangered species is not only okay, but that Americans should be able to keep their murder “trophies” if they take down one of the few remaining elephants in the wild. This week, he decided to lift an Obama-era ban on the importation of dead elephant “trophies”, much to the delight of insecure men everywhere. Ring of Fire’s Farron Cousins discusses this.

This week, Donald Trump did what he does best and decided to reverse a rule from the Obama Administration. This particular rule though, wasn’t about environmental regulations, or financial regulations. No, this one actually had to do with the importation of elephant trophies from countries like, Zimbabwe, and Zambia in Africa.

You see, Donald Trump think that it’s perfectly fine for American citizens to go overseas, and hunt endangered species like elephants. And then, if you manage to kill one of the few remaining elephants in the wild, you should be allowed to bring back some kind of trophy from that animal.

Obama had said that no, if you go over there and do that, you’re not going bring anything back with you to commemorate that experience. But Donald Trump thinks that it’s perfectly fine to go ahead and I don’t know, maybe cut off an elephant’s tail, like Donald Trump, Jr. Has been known to do. Or, maybe you just wanna get some pictures like his sons are also known to do.

Now, this particular rule doesn’t really serve any purpose other than to allow emasculated and weak, pitiful men to bring back some kind of trophy to show maybe their wives, or girlfriends, or any woman they’re trying to impress that at one point, they got to feel like a real man killing a helpless animal from far away. Or perhaps, even one that was sedated, or maybe one that was just friendly enough to walk right up to you.

They killed that thing and for a few brief seconds, felt power in their weak, pitiful little lives. That’s what this is about folks. Now it is perfectly legal to go over to Africa to these countries, Zimbabwe, Zambia and hunt big game on private ranches. Obama just made it illegal to bring any trophies back with you, and Trump thinks that those trophies are what it’s all about.

You know, how else are you gonna remember that one time you actually felt like a man. Like you actually did something important, like you were meaningful or more importantly, powerful. Donald Trump is an emasculated, weak individual. And that is what this rule reversal is all about. His kids, exactly the same. The pictures that we’ve seen of them over the past years prove it.

The only way these guys and others like that dentist who killed the friendly lion. The only way they can feel like they’re powerful, or like a real man is by going out there and killing something bigger than them, that posed no threat to them and that wasn’t even trying to fight them off. That is what conservative, alpha male mentality is all about.

Because they’re not actually alpha males, they’re not even beta males. They’re just a bunch of weak individuals who for a few seconds out of their lives believe that they can feel powerful holding a gun, and killing something much bigger than them. And now thanks to Trump, you can bring a piece of that elephant home with you to always remember that one brief moment of your life, where you felt like you had a little bit of power.