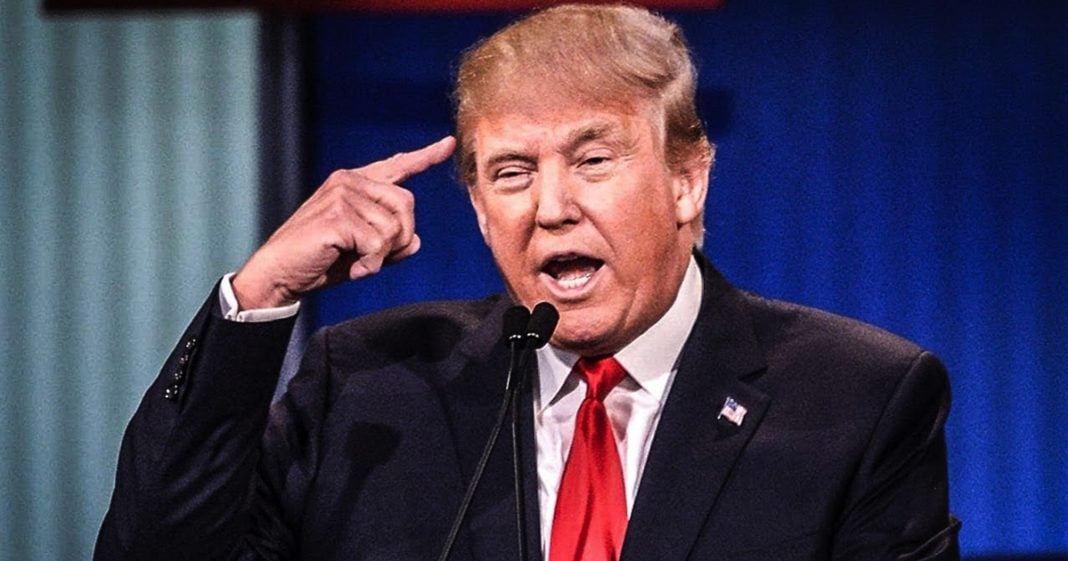 Not surprisingly, Donald Trump is facing a flurry of conflict of interest lawsuits because he can’t seem to stop himself from profiting off of the presidency. And since those cases are being defended by the U.S. Department of Justice, that means that YOU are paying for those legal bills with your tax dollars. Ring of Fire’s Farron Cousins discusses this.

Since becoming President of the United States, Donald Trump has found numerous ways to profit off of the presidency. As many people have pointed out, Donald Trump was the first person to ever come into the office of the presidency as a brand. His name unfortunately is a brand. It’s very hard to disconnect the brand from the presidency, and that’s why Donald Trump has been profiting off it since day one. As one would expect, he has been sued multiple times by multiple different organizations for profiting off of the presidency, and guess who’s footing those legal bills for him? It’s not him. It’s not his children. No, it’s you, the US taxpayer. We are paying the salaries of no fewer than 10 Justice Department employees, salaries ranging from 133,000 to 185,000 dollars a year whose sole purpose is to fend off these lawsuits against Donald Trump and protect the profits of his business. These are career Justice Department employees who get paid with US tax dollars, and their job is to protect Donald Trump and his business interests from all of the conflict of interest lawsuits that the president is currently facing.

Now, I don’t know about you, but I personally happen to believe that if a private citizen, to not even private citizen, excuse me. If a United States citizen gets sued, it is the responsibility of that person to provide their own legal help. If they cannot, then one will be appointed to them by the court. That’s kind of how the Constitution of the United States goes. You don’t get to shift those bills over to US taxpayers just because you don’t feel like paying them or because you feel that as president the Justice Department is your own personal little bank of lawyers that you can pull out to do your personal bidding whenever you feel the need to do so. That’s not how this country works.

Once again, we’re in a situation where we’re forced to remind people that this is not normal. We are paying over one million dollars a year if you take the minimum salary of 133,000 a year, multiply it by 10, more than a million dollars a year from US taxpayers to foot Donald Trump’s legal bills. That’s not a ton of money in the grand scheme of things. I mean you can’t go out there and give every teacher in this country. You can’t build a new bridge, but you could sure as hell maybe fund a few homeless shelters, maybe give health insurance to a couple of people, maybe do something that actually mattered with that money instead of trying to defend a millionaire of billionaire or whatever the hell he is from a few lawsuits because he keeps profiting off of this job that he currently has.

Hopefully he will not have this job too much longer, because I am absolutely sick and tired of seeing this man use this office to put more money in his pocket. Anytime any kind of legal problem erupts for him, it’s either the taxpayers of the Republican Party that’s forced to foot the bill. Donald Trump allegedly has enough money to pay for his own bills, but we know from history he doesn’t like to do that. However, in this particular instance and really in every instance, Donald Trump needs to be paying these legal bills himself or, if he chooses, he could go with a court ordered public defender or somebody to help fight off these charges. It is not my responsibility to pay his legal bills, and it’s not your responsibility to pay his legal bills, yet that is exactly what’s happening in this country today.