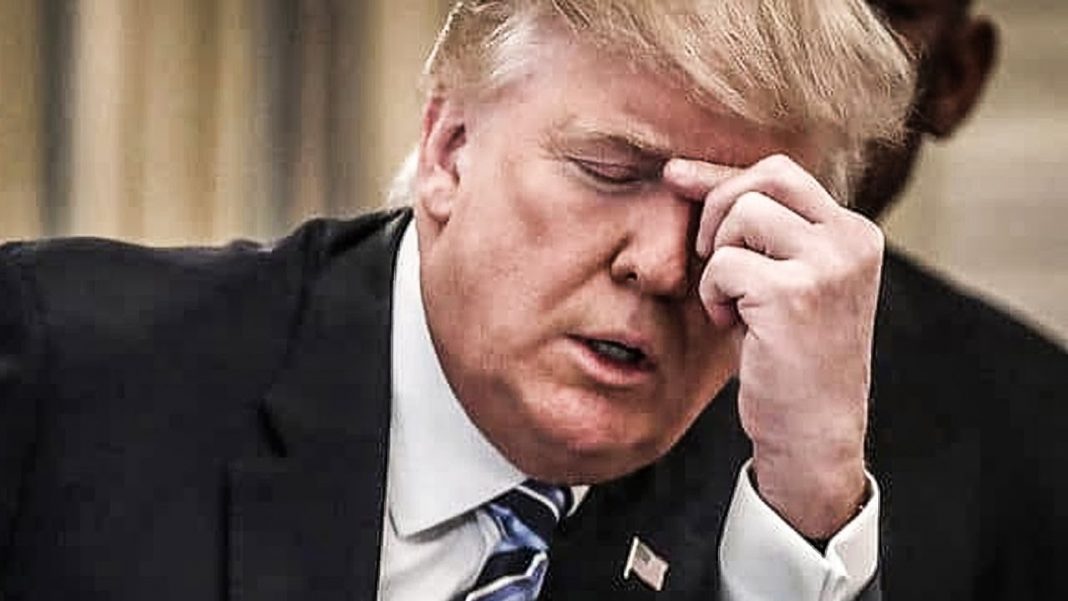 Six Democrats in the House of Representatives have introduced articles of impeachment against Donald Trump. And to be honest, their arguments are pretty solid. Will House Minority Leader Nancy Pelosi allow her Party to continue with these articles, or will she shut it down? The world is watching, so what happens next will shape the future of both the Republican and Democratic parties, as Ring of Fire’s Farron Cousins explains.

This week, six Democrats in the US House of Representatives introduced articles of impeachment against Donald Trump, which they believe should be heard in front of the full House immediately. They would like for these articles of impeachment to immediately come to the floor for a discussion. Now, just a few weeks ago, Nancy Pelosi said that it’s not the time to talk about impeachment. That’s not something she’s going to entertain right now, and around the same time, I had actually done a segment saying that I think it’s too soon for Democrats to go ahead and start with this impeachment talk. I however, unlike Nancy Pelosi, have changed my mind. At this point, from what we’ve seen from the Trump Administration, and from the case laid out from these Democrats in the House of Representatives, I believe we got a case here. I believe we absolutely have a real, honest to goodness, concrete foundation on which to build an impeachment against Donald Trump.

Now, here is what these articles include. It’s five articles of impeachment. They allege obstruction of justice—that’s pretty obvious there—violations of both the foreign and domestic Emoluments Clause, which is also something that’s fairly easy to prove given the diplomats and dignitaries at the Trump Hotel, at Mar-a-Lago, undermining the federal judiciary. Well, yeah, I mean the guy appointed a ghostbuster earlier this week, or nominated a ghostbuster, and undermining the freedom of the press in a violation of the US Constitution, which to verify that all you have to do is go through Donald Trump’s Twitter feed. So yeah, I think we’ve got a case here. I really do think that at this point it is time to go ahead and start pushing for impeachment.

Does it have a chance of passing? Absolutely not, because Republicans control the House of Representatives, but keep it alive. Keep it in the House. Don’t kill it, because every week we’re hearing more and more stories about another Republican who’s coming out and saying, “You know what? I’m sick of Donald Trump.” Almost every week Donald Trump is coming out and insulting and making a new enemy within the Republican Party in Washington, DC. Let him basically shoot himself in the foot on this issue. He’s going to continue making enemies among sitting Republicans, especially if they don’t pass tax reform, which it’s not looking like they’re really going to make it through both chambers, so he’ll go back out. He’ll insult people. He’ll demean them. He’ll bully them online, and then you might suddenly have a new ally in your impeachment fight.

The biggest hurdle I think at this point is Nancy Pelosi. No Democrat in the House of Representatives or in the Senate who has been paying attention to what’s happened this past year should say that it’s not the time to entertain articles of impeachment. It’s one thing for the press to say it. We don’t have a say in the matter. We only give our opinions based on what we see. You’re actually someone who could vote in favor of it, so you should always be in favor of it if there are grounds for impeachment, which there are. Nancy Pelosi could single-handedly hold this thing up and screw over the entire Democratic Party ahead of the 2018 midterms.

The American public wants this man impeached. They don’t want him in office. They want to see the Democrats do something to help remove him, even if it’s not successful. It’s not going to be a waste of time if you show the American public that this is what you want to do, and this is what you can do. Do not hold these people up, Nancy. They could easily fail in this project, but at least they’ll be able to go back to their constituents and say, “You know what? We tried to do something, unlike the rest of the Democratic Party.”