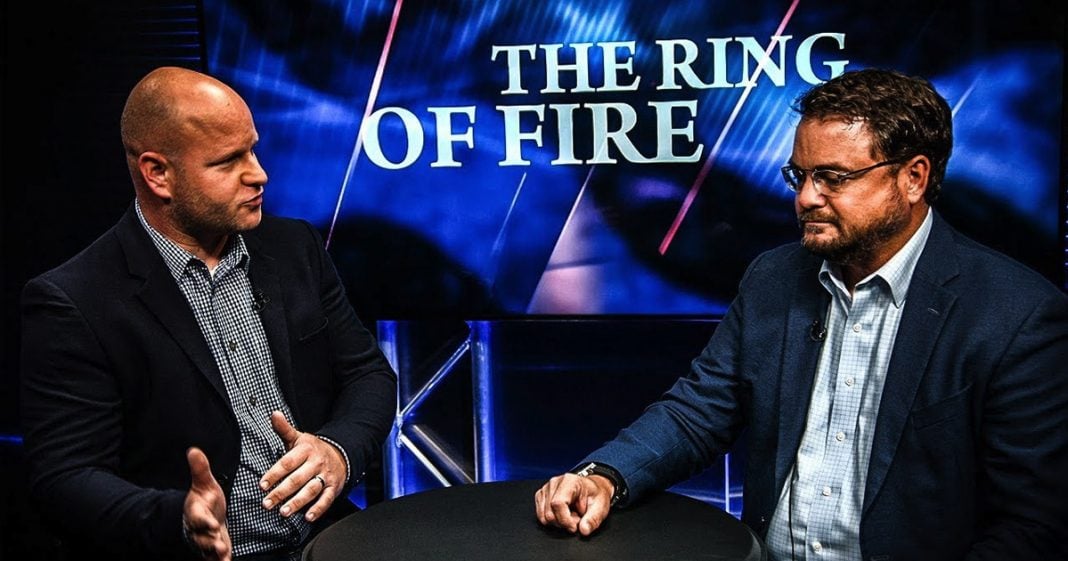 Farron Cousins and Tim O’Brien discuss the cause of stucco failures, and resulting water damage, and what legal action can be taken.

Farron Cousins: Buying a home is one of the biggest investments that most people in the United States will ever make. Unfortunately, it’s pretty much an inevitability that at some point, you’re going to have to make repairs on your home, or you’re going to want to make upgrades. In that case, typically you hire an outside contractor to come in and do it. Unfortunately, something we’ve seen across this country are contractors coming in who try to rip consumers off, give them a shoddy product, do shoddy work, and it leaves the consumer with a whole world of problems that they now have to deal with. One of the particular areas we’re starting to see this is with the application of stucco on homes throughout the country.

Tim O’Brien: Thank you. I think you, Farron, for having me on. Yes, it is a significant problem when you think about the number of homes, particular in the Southeast, that have this problem. It is approaching over a billion dollars in damage. Just over the last 10, 12 years. So it is a massive problem, and a very real life-changing problem for the folks who live in these homes.

Farron Cousins: What’s interesting about it is that stucco has essentially been used on buildings, hundreds, if not even thousands of years. It’s one of the oldest kind of applications to home exteriors. They’ve been using it, they mix water and rock, very simple for the most part, at least hundreds and hundreds of years ago. But it’s something that’s kind of survived. It’s very common today and it is a lower cost alternative to standard brick or possibly expensive siding. So, stucco has become very popular, especially with the housing boom that we saw a few years ago. People were doing this renovating.

So what kind of problems are we starting to see now with some of these stucco homes?

Tim O’Brien: Well, when you look at the historical application of stucco, it was something that took a significant amount of time. It involved woodwork, and then you had a back structure that you could hang, literally hang, the stucco material on. That stuff could survive for hundreds of years, because it was done thickly, and it was done with proper placement in between what the actual structure was, and what the exterior was.

What’s going on in this new stucco application is entirely different. Some home builders are using the lattice, that is the thing that you hang the stucco mud off of. Some are not. If you don’t, you are guaranteed to have cracking. Other home builders save money by not applying the code, that is how thick should the stucco application itself be? Often they’re doing it at one quarter of an inch when most codes require closer to three-quarters of an inch.

So what is the net effect of that? The net effect of that for the homeowner is ultimately that stucco, like any mud, is going to dry, it’s going to crack. Then you can get into even worse problems, because you can have water intrusion into the home, and into the wood itself, which then can beget other problems such as termite infestation. It could literally destroy the structure of the home.

Farron Cousins: Absolutely. One of the things we’ve seen, especially … We’re in the state of Florida. We’re no stranger to hurricanes, and any time we have a massive storm like we’ve had come through this year, we do see all of these contractors kind of start to swarm. Some of them really great individuals, great companies that come in, others more of the fly-by-night type. They get stuff done. We’ve seen plenty of lawsuits arise after massive hurricanes of these not actually licensed, not real people coming in, doing work, disappearing, there’s problems.

So are we going to see any of that? Or have we seen any of that after these hurricanes this year, of people kind of coming in, doing shoddy jobs, leaving homeowners with these bigger problems than when they even began?

Tim O’Brien: Well, certainly if it involves an exterior re-do, you could have that problem. So when you have … If I were to have problems where I needed to have the stucco redone, or the exterior redone, you’ve got to make sure to spec it out very carefully to code. Really what it requires is a tremendous amount of inspection, because these larger home builders that are prevalent throughout the United States, such as the Toll Brothers, KB Homes, and Pulte and D.R Horton. What they would do was spec out for their employees or their subcontractors, “Hey, I’m giving you X amount of gallons of mud for this project, which by necessity meant that that contractor was going to do it quickly, and he was going to do the mud thinly, and maybe he wouldn’t even apply the lattice that is the structure against which this mud has gotta hang for it to properly cure as stucco.

Farron Cousins: Exactly, and you know, that’s one of the biggest things here is that the longer a contractor is on one job, the few other jobs he can go do. So sometimes you do have these people who just want to turn and burn. They want to go there, do as little as possible, get their money, move on to the next one. That’s where these problems come from. As you had pointed out, when you get these cracks in the stucco, you open yourself up to water damage, which is a huge headache in and of itself because then you’re dealing with insurance companies who say, “Well, it’s water damage, so that’s flood, that’s not homeowner’s.”

It becomes … I use the word “nightmare” a lot, because it truly is for anybody who’s been through one of these situations, having to deal with several different insurance companies, a contractor who may or may not call you back, or who may say, “No, I did it to code, I did everything I was supposed to do.” It really becomes all of these hoops you have to jump through. So what do consumers need to do in these cases to help protect themselves? Or if they find themselves with a problem, what do they do from there?

Tim O’Brien: Well, the number one thing that the consumer needs to do is be vigilant. In other words, when you take possession of a new home with this new stucco, you’re not going to see these cracks. They’ll take a few years to develop. So you think you’ve got this nice, pretty house that’s not a problem that’s going to be evident right away, but as this stucco dries out over two or three years time, the cracks can occur. Maybe you see them, maybe you don’t. Then the water intrusion occurs after that.

Well in Florida, for instance, we’ve got limitations. When can you bring a lawsuit for it? Well, it’s four years from when you knew or should’ve known with reasonable diligence that these problems exist, but no greater than 10 years after the certificate of occupancy was issued for that home. So, the clock is ticking, regardless of whether you know it’s there or not. Ultimately, after 10 years of that construction of that home, you’re done. There is no remedy for you, other than complaining to the State Attorney General.

So, the key watchword here is diligence. Make sure, if you have a stucco home that was built in the mid-2000s or later, that you’re looking at it, that you’re inspecting it, and you take the remedies that you can pursue to make sure that any defects are quickly cured.

Farron Cousins: And in many cases, if you don’t know if it’s the three-quarters inch, if they only gave you one quarter inch. The best thing, I know it costs money, but hire an outside inspector, a licensed somebody you trust, somebody that’s got great reviews, somebody that is, again, licensed insured and all of that. Let them come out, because it’s going to cost you a little bit of money, but it’s going to save you a world of trouble down the road.

Tim O’Brien: Oh absolutely. If you get a home inspector for the sole purpose of inspecting the exterior of your home, he or she can do that inspection fairly quickly. It typically will … Not drill into the home itself, but create a portal into which they measure the depth of the stucco. They can immediately tell whether it was done to code or not. Then they just epoxy that hole and it’s fine. That typically is in the low hundreds of dollars, a couple hundred, two or three hundred dollars. But it needs to be documented, particularly if it’s a sub-code issue. That is an excellent suggestion or way to do it is to hire one of these home inspectors that typically would inspect a new home, for instance, for the mortgage company, once you go to go close on a brand new home.

Farron Cousins: Absolutely. It’s all about the consumers protecting themselves, because as we’ve seen too many times, industry from industry … Doesn’t matter if it’s pharmaceuticals or home builders and everything in between, the company is going to look out for themselves. Consumers have to look out for themselves as well, because those companies are not going to come and get their back when something goes wrong.

It’s great that we have people like you out there, Tim, fighting for these consumers, educating us on what we need to know. I enjoy talking with you. I learned a lot today. So, thank you very much and we appreciate everything you do.

Tim O’Brien: All right, thank you for having me on.