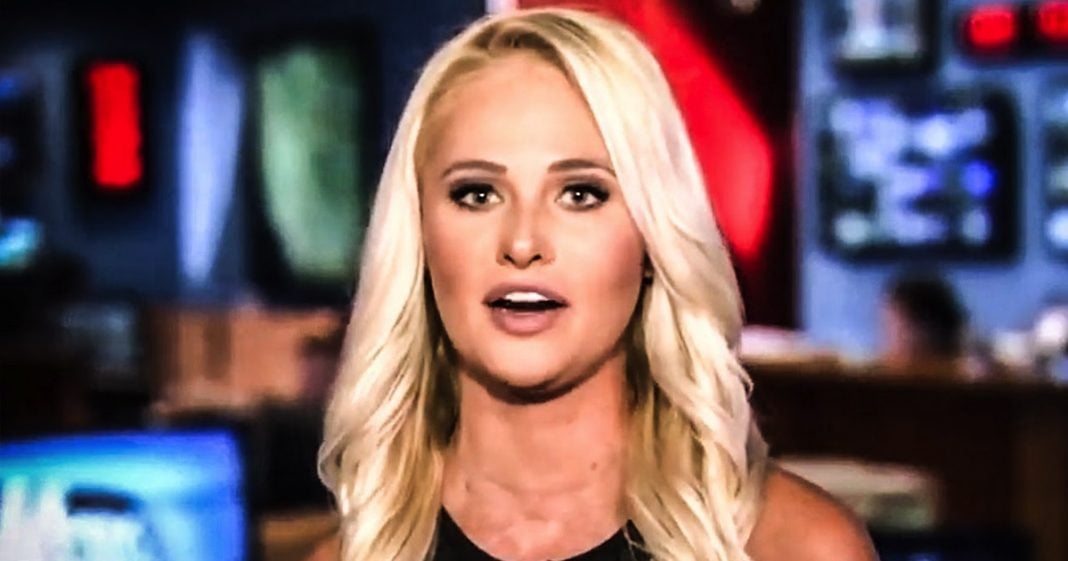 Just when you thought the people on the air at Fox News couldn’t get any dumber, newcomer Tomi Lahren came out this week to claim that Colin Kaepernick and “black liberals” were attempting to re-segregate America. She didn’t quite explain how this new era of segregation works, but she did conveniently leave out the fact that her party is working vigorously to enact some of the most racist policies since the 1950’s, as Ring of Fire’s Farron Cousins explains.

Bad news, Americans. Apparently the era of resegregation is upon us, or at least that’s what Fox News’s Tomi Lahren wants us to believe. During a recent segment on Fox News, Tomi Lahren talked about the fact that it is black liberals and Colin Kaepernick that are actually trying to resegregate the United States. Take a look at Tomi’s logic here in this clip.

Brian Kilmeade: Meanwhile the New York Times is under fire for their op-ed asking if black kids can be friends with white kids. Here’s the quote. “Can my children be friends with white people?” In fact the guest who was on earlier with Tucker Carlson earlier this week, what do you think about this? Is this who’d create interest or is this a legitimate question?

Tomi Lahren: Clearly the title of the article is meant to be clickbait-y but let’s just take a moment and think if this article were titled, “Can my children be friends with black people?” That would be disgustingly racist and everyone would have an outcry over it, but because it’s white people, we live in this obscure world where Colin Kaepernick is citizen of the year and it’s okay to say, “Can my children be friends with white people?” That is liberal logic for you. Welcome to their world. I think it’s so odd that we had generations of Americans, black and white, brown and every color of the rainbow, that fought segregation and now we have liberals that are actively wanting to segregate us by political party, by color. In some cases it’s quite disgusting. Good luck on your enterprise.

So Colin Kaepernick, black liberals, really any black person, I assume, Tomi, wants to resegregate the United States, keep black people in their own communities, closed off from everybody else, because that’s what they want. Let’s look at some of the facts here, Tomi. Let’s actually go ahead and get this out in the open. Your party is the party that’s basically trying to initiate a brand new poll tax by passing these voter ID laws which disproportionately affect black communities. Your party is the one that’s trying to kick millions of people out of this country because they’re not white and then build a giant wall so they can’t come back. Your party is trying to segregate people by religion and race by saying that people from Muslim countries can’t come back into the United States. There is resegregation, at least attempting to happen here in the United States, and 100 percent of it is being carried out by Tomi Lahren’s party, the Republicans, and the folks at Fox News are more than happy to push that resegregation myth on us, that we need it somehow.

Why? Because any time a black person does anything in this country, even if they get shot by police officers for just standing, they get labeled as a thug. They get labeled as a bad apple, bad seed. A hero cop took down this guy that had the audacity to just stand there. Fox News is always going to be on the side of white people regardless of the issue, regardless of the evidence. Fox News is inherently racist and I have no problem saying that Tomi Lahren has demonstrated that she is one of the most racist people on that network. She tweeted out on Tuesday that she is not going to apologize for being white. Well, dumbass, nobody asked you to, okay? Stop trying to act like you’re fighting some kind of race war on behalf of white people. Or, if you’re gonna do that, go ahead and go the whole nine yards, shave the head, grab the tiki torch and the khaki pants and go join Storm Front or another white supremacist organization, because right now you’re about this close to having every single thing in common with groups like that.