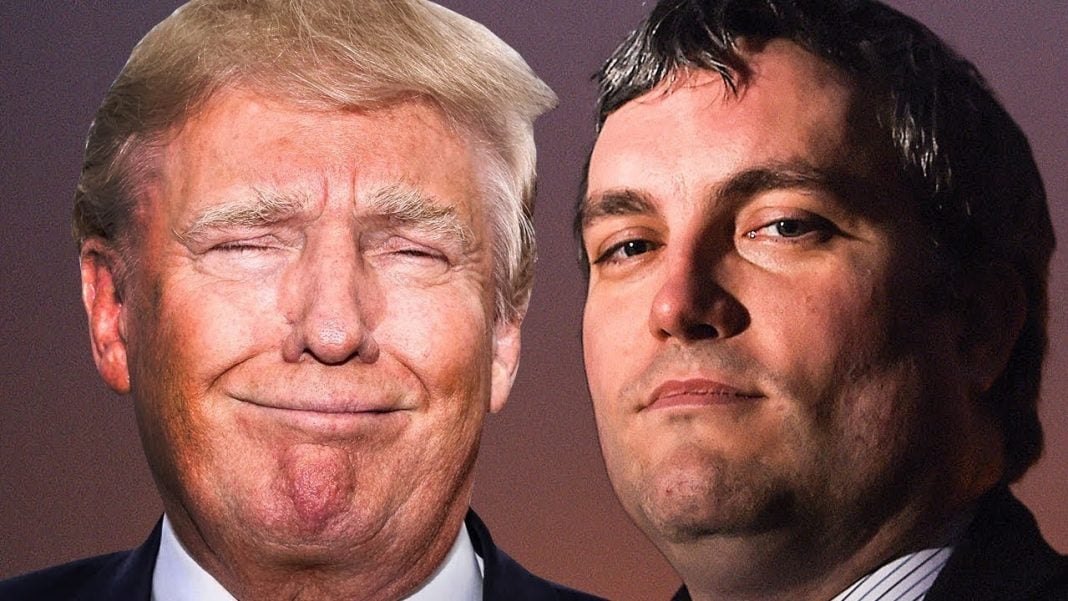 Donald Trump has nominated Brett Talley to be a federal judge in the state of Alabama. While his qualifications are certainly less than stellar, one thing on his resume stands out as supremely problematic: Talley worked on a Paranormal Research Group for several years where he would investigate and help people deal with ghosts in their homes. Talley was an actual, or at least pretended to be an actual, Ghostbuster. Ring of Fire’s Farron Cousins discusses this.

Believe it or not, what’s happening with Roy Moore in the state of Alabama is not the only ridiculous story to emerge from the state of Alabama this week. Donald Trump has nominated a man named Brett Talley to be a federal judge in the state of Alabama, and for those who’ve been paying attention, you understand that 1) Brett Talley is married to somebody who’s on the council of the White House, so he’s got the big Trump connection there; 2) You know that the American Bar Association rated him as completely not qualified to be a judge; 3) You know that he has never tried a case in his entire life, and something you may not know, a story that just came out in the last few hours, he was also a ghost buster. And I mean that in quite possibly the most literal sense of the word.

According to new reports, Brett Talley, the guy that Donald Trump has nominated to be a federal judge, spent several years working as a paranormal investigator and researcher, and during this time, he would meet with people who claimed that their houses or whatever were haunted, and he would work with these people to help get rid of the ghost. To, I guess, bust them, if you will. And this is a guy that Donald Trump thinks is good enough to be a federal judge, to hear cases, potentially of life and death. To hand down harsh sentences to corporations who poison people. The same guy that used to go into people’s houses and say, hey, do you have a ghost problem? Because I can totally handle that for you.

This is utter insanity at this point, folks. Not just the fact that Alabama has a pedophile running for Senate, or the fact that they have a fucking ghost buster who’s been nominated for a federal judgeship, the fact that we even have to talk about these things, that they are happening, is what is utter insanity right now in the United States. I know a lot of people probably predicted things were gonna be pretty ridiculous under Donald Trump, but I didn’t ever think, and I don’t think, most people in this country ever thought for a second that we would have to sit here and talk about the fact that a pedophile is running for the Senate, and a ghost buster has been nominated for a federal judgeship.