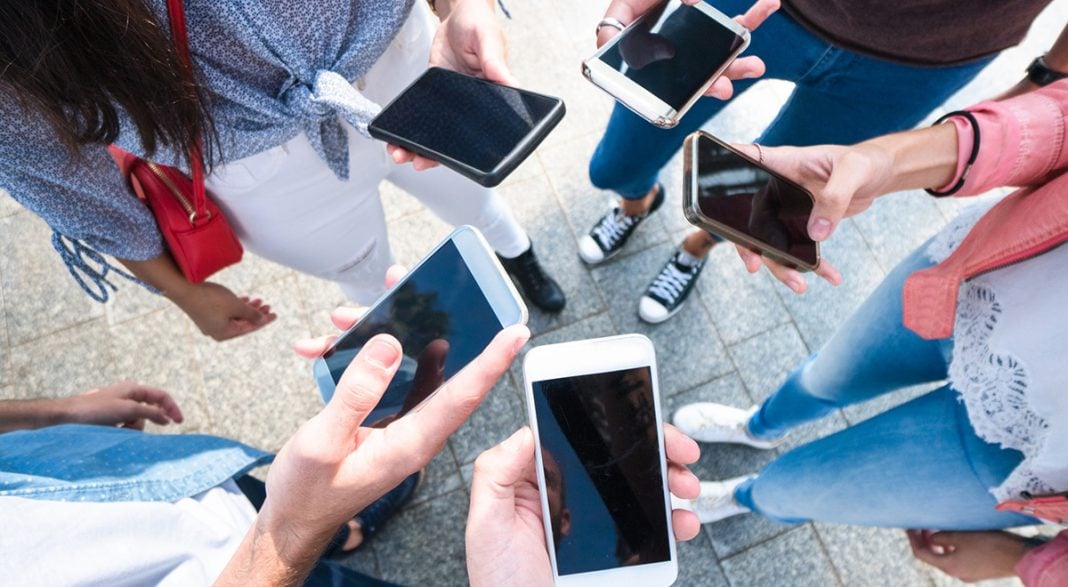 Just prior to the weekend, former Facebook president Sean Parker (of Napster infamy) – made a stunning admission: the whole purpose of the social media website he helped create has been to take over your waking life.

There are many who can relate to that statement. Today, anyone taking a casual stroll downtown or riding public transportation is confronted by the spectacle of 98 percent of the people around them walking, standing or sitting with their faces glued to their smartphones, virtually oblivious to everything around them.

Many (if not most) of them are checking in on Instagram or Facebook, to see if anyone commented on their recent post about what they had for lunch, how they are feeling that day, or the antics of their pet cat. This is by intentional design, Parker said in a November 8th interview with Axios reporter Mike Allen.

According to Parker, the main question Facebook designers had in mind as they built the platform was: “How do we consume as much of your time and conscious attention as possible?” Toward achieving that goal, he acknowledged:

Parker admits that Facebook is “exactly the kind of thing that a hacker like myself would come up with, because you’re exploiting a vulnerability in human psychology,” adding, “The inventors, creators – it’s me, it’s Mark [Zuckerberg], it’s Kevin Systrom…understood this consciously. And we did it anyway.”

Parker’s admission confirms what a sizable body of scientific research has been discovering over the past few years. A study conducted in 2010 by University of Maryland professor Susan D. Moller found that subjects who were deprived of social media access for 24 hours exhibited all the symptoms of addiction withdrawal.

One U.S. student said, “I was itching like a crackhead because I could not use my phone.” Another student from the U.K. admitted, “Media is my drug – without it, I am lost.” One student from China said “I was almost freaking out,” while another from Argentina noted, “Sometimes, I felt dead.” Others expressed feelings of depression, alienation and isolation when they weren’t “connected.”

None of this would surprise Parker, who said: “[Facebook] literally changes your relationship with society…[it] probably interferes with productivity in weird ways…God only knows what it’s doing to our children’s brains.”

There is a silver lining to this new addiction crisis; a backlash is looming as young people start to realize that social media can be the psychological equivalent of crystal meth or heroin. A study from Digital Awareness UK found that nearly two-thirds of those surveyed would be perfectly happy if social media went the way of the dinosaurs, citing disillusionment with “fake news,” online bullying, privacy concerns, and the negative effect on their self-esteem.

It is also significant that Facebook Inc., Google and Twitter have all retained legal counsel as they face charges that they allowed Russian operatives to use their platforms in order to influence last year’s elections. Five years ago, philosopher Ian Bogost wrote a piece for The Atlantic in which he described smartphones as “the cigarette of this century.”

Could the social media industry’s “Big Tobacco” moment be coming?

As for Parker, he has become “something of a conscientious objector” to social media. He’s not the only one. Former Google design ethicist Tristan Harris posted his own concerns in May 2016:

“We need our smartphones, notifications screens and web browsers to be exoskeletons for our minds and interpersonal relationships that put our values, not our impulses, first. People’s time is valuable. And we should protect it with the same rigor as privacy and other digital rights.”

Another software designer, Loren Brichter – creator of slot machine-like “Pull-To-Refresh” interaction technique used on most smartphones today, expressed his own fears last month, admitting that “our minds can be hijacked.” He said,

“Pull-to-refresh is addictive. Twitter is addictive. These are not good things. When I was working on them, it was not something I was mature enough to think about. I’m not saying I’m mature now, but I’m a little bit more mature, and I regret the downsides.”

In a New York Times article published a year ago, computer scientist Cal Newport – who has never had a social media account – warned people to get off of social media, pointing out that it weakens the brain’s ability to focus on difficult tasks for extended periods – “because it’s engineered to be addictive.”

This all may seem like social media is part of a sinister, Orwellian plot to enslave humanity, but businessman and Facebook investor Roger McNamee says it’s simply a case of the Law of Unintended Consequences. In an editorial published in the U.K. Guardian over the weekend, McNamee acknowledges the threat that Facebook and Google pose to public health and even democracy itself, and that both companies have “behaved irresponsibly in the pursuit of massive profits.” However, he also said,

“The people who run Facebook and Google are good people, whose well-intentioned strategies have led to horrific unintended consequences. The problem is that there is nothing the companies can do to address the harm unless they abandon their current advertising models.”

Unfortunately, the very nature of the capitalist system demands that, like Big Pharma and the oil industry, institutions like Google and Facebook must maximize profits and investor’s returns by any means possible. It is therefore unlikely that said companies will abandon those advertising models anytime soon.

In the meantime, disillusionment with Silicon Valley’s grand, utopian vision of a connected world continues to grow. Increasing numbers of people who realize they have an addiction problem with social media and start abandoning – or at least pulling away – from their artificial digital “lives” may wind up being the only way to change the behavior of social media juggernauts like Facebook, Google, Twitter and Instagram.