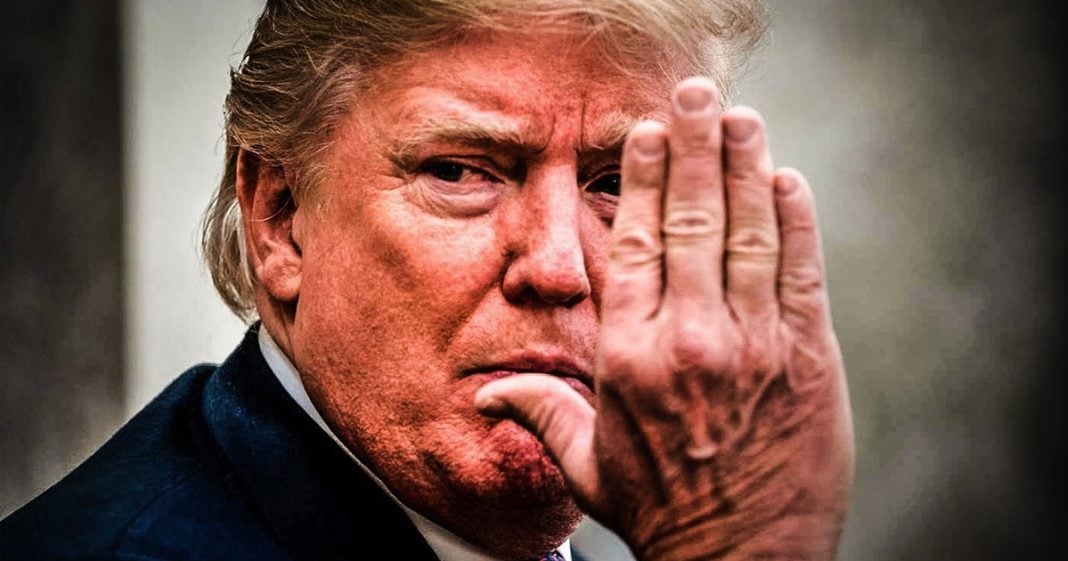 During an interview in Vietnam, Donald Trump’s Chief of Staff John Kelly told reporters that he doesn’t allow White House staffers to pay attention to Trump’s tweets because he wants them focusing on their jobs. How can these people properly execute their positions if they don’t know what kind of screwball things the President is telling the world? Ring of Fire’s Farron Cousins discusses this.

Donald Trump this past weekend once again said something incredibly stupid on Twitter. A lot of people compared it to Regina George from the movie “Mean Girls” when Donald Trump tweeted out basically saying, “Why would Kim Jong-il call me… Kim Jong-un call me old, I would never call him short and fat,” which was Donald Trump’s snide way of calling Kim Jung-un short and fat.

Now keep in mind these are two mentally unstable world leaders who both potentially have access to nuclear weapons. So in response to Donald Trump’s asinine tweet, Chief of Staff, John Kelly was interviewed in Vietnam where he’s traveling with Donald Trump about Donald Trump’s tweets, and how they affect his staff to which Kelly replied, “I don’t let our staff, our White House staff check Donald Trump’s tweets. I do not let them pay attention to what Donald Trump is tweeting out, and I don’t either.

So Donald Trump’s chief of staff, the entire White House staff according to the chief of staff is not allowed to see some of the crazier things, that Donald Trump puts out there on Twitter for the entire world to see. Now don’t you think that, that’s something these people should know about? If their boss, the guy they’re working for in the White House is out there antagonizing a mentally unstable North Korean dictator, don’t you think they should know about that?

If their lives are going to be in danger because of the stupid shit that Donald Trump says on Twitter, don’t you think they should pay attention? Don’t you think they might, should be on guard a little bit instead of just going about their day thinking everything’s fine, meanwhile the president’s potentially rage tweeting us into another war?

No. You cannot ignore Donald Trump’s tweets because as he said himself, and as Kellyanne Conway has come forward and said on behalf of the president, “That’s his preferred method of speaking to the American public.” These things are essentially presidential records at this point. You cannot ignore them pretending that they aren’t there does not mean that they are not there, and the rest of the world is judging this entire country by what they see in Donald Trump’s Twitter feed.

The least you could do John Kelly is one either take the damn phone away from Trump, and stop him from tweeting, or two at least allow your staff, the entire White House staff, and even yourself to see how insane the man, that these people are working for truly is. And then maybe they can make educated decisions about whether or not they want to remain within his staff.