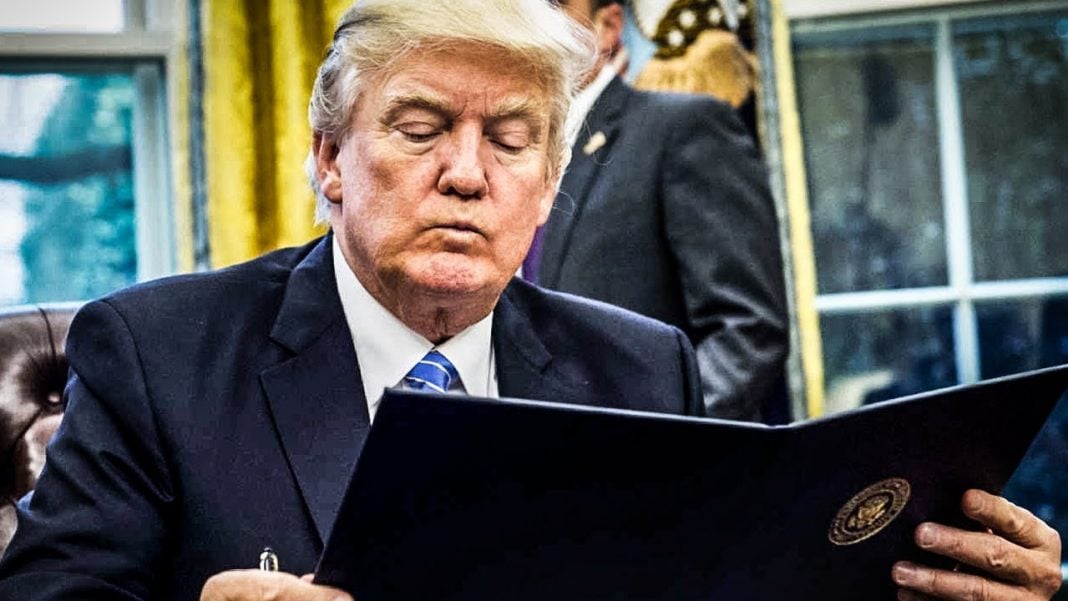 Donald Trump told reporters this past weekend that he really doesn’t watch that much TV because he has so many documents that he has to read as President. This is coming from a man who basically live-tweets Fox & Friends on a regular basis, promotes Fox shows all the time, and takes the time to attack the ratings of TV programs when he gets angry. Trump does nothing but watch TV, as Ring of Fire’s Farron Cousins explains.

During part of Donald Trump’s trip throughout Asia this past weekend, he told reporters something that everybody on this planet can pretty much verify was completely untrue. On Saturday, Donald Trump told reporters, who had asked him about the whole Roy Moore debacle, what he thought of it, and Donald Trump said, “I don’t watch a lot of television, you know, because of the documents. I have so many documents to read as President, I just don’t have time to be watching TV.”

So, Donald Trump, here’s what we know, okay? We have had reports from White House staffers speaking to the press that say that you become very angry and violent because of your constant TV watching, anytime they say something that’s not flattering about you. There are reports of you throwing things at television sets when they say things that you don’t like. Of course, who could forget the fact that you pretty much live tweet Fox and friends every single day you’re at the White House? On top of that, you also like to tweet out little promos for other Fox News shows, and you attack other television shows for their ratings whenever you get the chance, whenever they piss you off. You probably watch more television than any other President in the history of the United States.

Now, certainly not an impeachable offense, and if you don’t feel like doing your job, I guess there’s nothing wrong with you sitting around and watching television. What is horrible in this situation is the fact that you feel the need to lie about it. Everyone, everyone who has access to a computer and can go to twitter.com knows that you watch TV all the time, and yet your just obscene narcissism doesn’t allow you to even tell the truth about that.

You could’ve said, “Look, I don’t care about Roy Moore. I’m over here doing business,” instead of saying, “I don’t watch TV.” What are you talking about? Look at the documents. “There’s so many documents that I as President have to read, so instead I’m going to go play golf.” It doesn’t make any sense, and that’s the problem with people that are pathological liars, is that they will lie about literally anything, even when it doesn’t stand to gain them anything, they have a compulsive need to not tell the truth, and that is what we are seeing time and time again with Donald Trump.