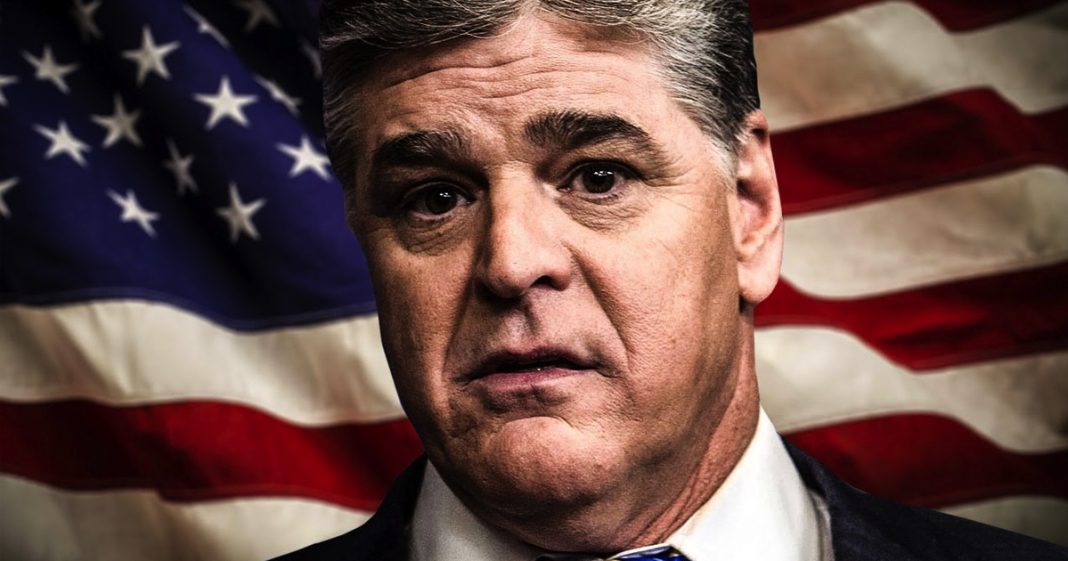 Late last week, Fox News host Sean Hannity defended Republican Senate candidate Roy Moore after he was accused of dating a 14-year-old girl when he was in his 30’s. In response, major advertisers like Keurig decided that they were done advertising on his hateful show and would pull their ads. Republicans have responded by posting videos of themselves smashing their Keurig machines. Ring of Fire’s Farron Cousins discusses the insanity that has captured the entire Republican Party.

Late last week, after news broke, that Alabama Senate candidate and former Supreme Court Justice Roy Moore had dated a 14 year old girl when he was in his 30s, Shaun Hannity decided to have Roy Moore on his program to go ahead and discuss the allegations. During which Shaun Hannity was incredibly lenient on Roy Moore dismissing the allegations and basically trying to paint more as some kind of good Christian guy that just had a romantic relationship with a 14 year old and there’s nothing wrong with that.

Well, in response to Shaun Hannity’s white washing of potential child molestation, advertisers understandably decided to pull their advertisements from his program. One of those advertisers were Keurig, the people who make the little coffee machines. In response to Keurig pulling the ads, which was a response to Shaun Hannity defending child molestation, Republicans are now out there posting videos of themselves online in what they’re calling is smash Keurig challenge. Basically, they are posting videos of themselves tossing these very expensive coffee machines off of balconies, smashing them with hammers, and any other way they can destroy these coffee machines because they’re mad at Keurig because Keurig has a problem with Shaun Hannity defending pedophilia.

Let’s be clear here, Keurigs are not exactly inexpensive, okay? They cost a decent amount of money for a coffee maker. Once you buy them, the company gets your money. So, if you go and smash something that you’ve already paid for, you’re not really hurting the company. Especially because I’m assuming most of these people are not buying the Keurig brand K cups to put inside of the machine. So, you’re not hurting Keurig in any way by doing this.

Furthermore, by smashing your Keurig, what you’re actually saying is that you’re totally fine with a 30 some odd year old man dating a 14 year old girl and you’re okay with a major Fox news host white washing this saying that it’s perfectly acceptable. Smashing your Keurig at this point is Republicans saying pedophilia is okay.

Where do we draw the lines with these idiots? Huh? New polls have come out in the state of Alabama saying that 36% of evangelicals actually say they’re more likely to vote for Roy Moore in the wake of these accusations. The latest poll, unfortunately for Roy Moore, has his opponent Doug Jones up by 4%, which is positive Democrats. Unfortunately, Doug Jones is about as centrist as they come. All of his campaign ads, which being right on the boarder of Alabama we have the unfortunate pleasure of getting to see on our TV channels, talk about the need for compromise, the need to work with Republicans and reach across the aisle and blah, blah, blah. This guy is as centrist at they come.

But, I guess, technically, he’s still better than a potential pedophile serving in the US Senate. That’s the bottom line here. It doesn’t matter what Shaun Hannity says. It doesn’t matter how many coffee machines idiot, triggered, snow flake Republicans want to smash. The bottom line is that Roy Moore dated a woman who was 14 years old when he was 32 years old and by definition, that would be pedophilia and that is what Republicans are out there saying that they are perfectly okay with today.