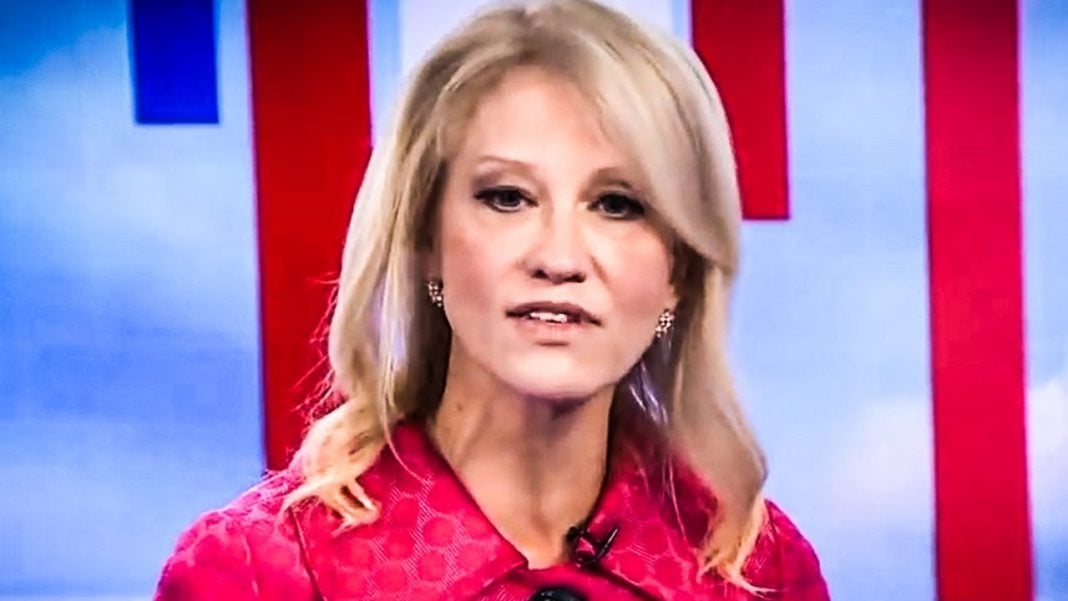 During an interview with ABC’s This Week over the weekend, White House counselor Kellyanne Conway accidentally called for Trump’s resignation by saying that anyone who has committed acts of sexual aggression towards women should step down from elected office. Her boss admitted to doing exactly that to a reporter, so will he follow Kellyanne’s counsel? Ring of Fire’s Farron Cousins discusses this.

During an interview with ABC’s This Week this past weekend, Kellyanne Conway accidentally called for Donald Trump to step down from the office of the presidency. Now before we show the clip, keep in mind, Kellyanne Conway I guess probably didn’t mean to imply that the president should step down, but as usual, she can’t stop herself from saying stupid things. On a related note, you can still check out our patreon.com poll on who’s the biggest embarrassment to the Trump Administration. That poll’s open till tomorrow, patreon.com/theringoffire. It’s open to the public. You can vote for Kellyanne if you so choose, and I’m certain that after this clip, you’re probably going to want to vote for her as the biggest embarrassment. Take a look.

Kellyanne Conway: Let me say it one last time. The conduct as described is not just offensive and disgusting, it disqualifies anyone who’s done it from holding public office, so let me go a little step farther. If there’s anyone currently in public office who’s behaved that way to any girl or any woman, maybe they should step aside, because in a country with 330 million people, we ought to be able to do better than this. I tried to raise this issue a year ago on October 9th. I said explicitly that I had been a victim of people in power, and nobody took me seriously, and you know why? Because of who I worked for, of whose campaign I was managing.

Well, there you have it. I mean, Kellyanne Conway is a counselor to the president, so he should take her counsel and as someone who’s been accused of sexual aggression, sexual impropriety by more than 15 different women, he should step down from his office. I mean, he’s on tape bragging about sexually assaulting women, because when you’re famous they let you do it. That’s what he said, so why shouldn’t he have to step down? If you watch the entire interview that Kellyanne Conway gave, the whole nine-minute interview, she did talk about the fact that she had come forward with allegations of her own from her past and people wrote it off because of who she worked for, meaning Donald Trump. I don’t think working for Donald Trump should demean anyone who comes forward with these sexual assault or harassment allegations, however, if you’re someone, as Kellyanne Conway claims she is, who has experienced this, why would you forgive or completely ignore the conduct of the man you work for when he is on record as claiming that he has done this?

As a victim yourself, you should be one of the first people to stand up, step up, and speak out about his behavior, but you won’t. Because for you it’s not about protecting other women. It’s not about protecting the integrity of the office of the president. It’s about making Donald Trump happy, and making him look good, and making the Republican Party continue to drag itself along. That’s what you’re doing here. You’re dismissing the allegations against Roy Moore. You’re casting doubt. You’re saying, “If they’re true. I don’t know this woman. Maybe they happened, but all sexual assaulters should step down from office immediately.” Well, guess what? That’s your boss, by his own admission, his own words. If you think they should all step down, start with the man at the top. Start with your boss, and then we’ll see if we can get everyone else to follow.