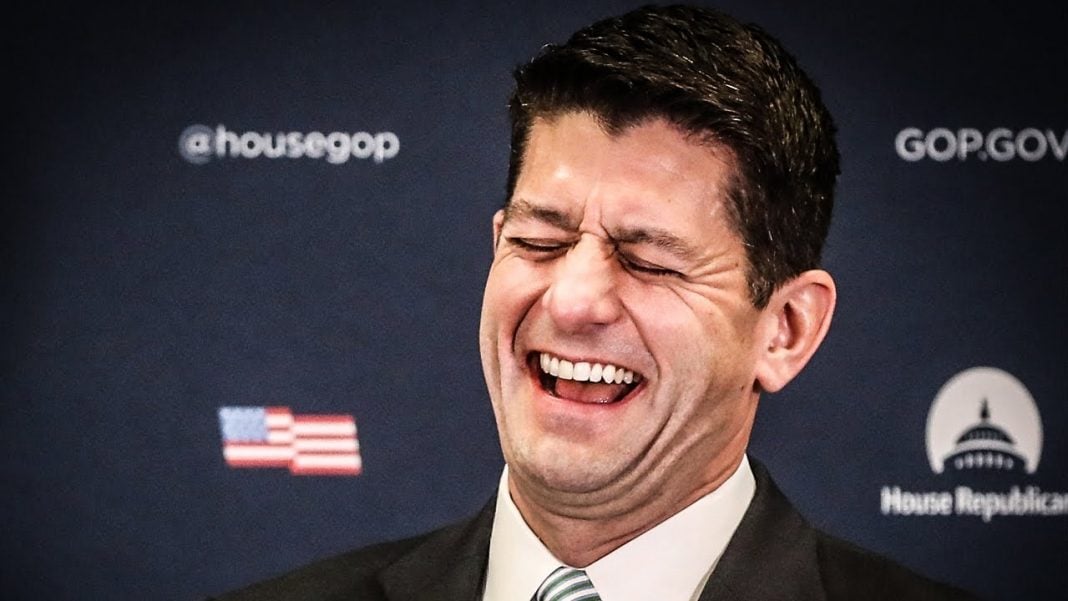 House Speaker Paul Ryan this week decided to put to rest any questions about his Party’s agenda for the next four years when he told Fox News radio that he and his party are “with Trump.” From this point forward, the scandals of Trump are now scandals for all Republicans. All of Trump’s failures can and should be considered Ryan’s failures. Ring of Fire’s Farron Cousins discusses this.

I know a lot of people in this country have been thinking that maybe Paul Ryan is not a Trump guy. Maybe he’s just trying to see what happens throughout the Trump administration, not really trying to take one side or another on this, just trying to push his horrible Republican policies through Congress. Well, as it turns out this week, Paul Ryan actually gave us an answer as to where he stands with Donald Trump. During an interview with Fox News Radio, Brian Kilmeade on Fox News Radio, Paul Ryan made it absolutely clear. Not just about his priorities and loyalty, but about the entire Republican party.

Every time poll show that the president’s approval rating drops, that’s an approval rating of the entire Republican party. Every single time Donald Trump goes out there and lies or says something stupid, like “I didn’t know there were this many countries,” that is something stupid that the entire Republican party stands behind. So go ahead. Hitch your wagon to him. Say “We’re with Trump,” because I know you were just saying it to try to appease the Fox News Radio audience because you think that’s somehow going to help. Maybe you didn’t think that other people were going to pick up on it and hold you to that.

But from this point forward, every failure of Donald Trump is a failure of you, Paul Ryan. It’s a failure of the Republican party. Every horrible thing he says, every woman that he tries to grab by their genitals, that’s on you. You just said you stand by it and you stand with it, so we’re going to loop you two together like you could not believe. That is how this is going to work from now on, and it’s because you decided to pander to that Republican base and make it clear that you and your fellow Republicans are with Donald Trump. And you will be with him all the way down.