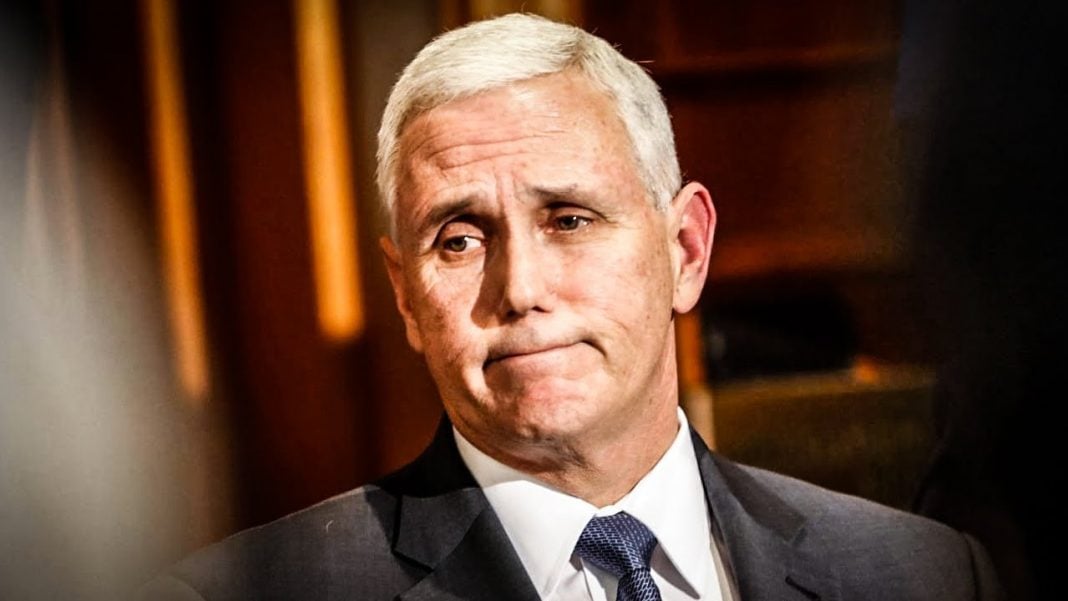 Wealthy corporate leaders are getting their tuxedos pressed in anticipation for next week’s annual “tax prom”. This event will play host to more than 600 members of Congress, staffers, lobbyists, and even Vice President Mike Pence. The event is a “formal” way for corporate interests to lobby for tax cuts while hobnobbing with the powerful elite, as Ring of Fire’s Farron Cousins discusses.

Well, ladies and gentlemen, it’s time to dust off those tuxedos and formal dresses because next week, the Tax Foundation in Washington D.C. is going to be throwing their annual Tax Prom for members of Congress. Specifically, about 600 members of Congress, their staffers, lobbyists, and guest of honor Vice President Mike Pence will be treated to this Tax Prom by the right-wing Tax Foundation. Who’s gonna be paying for all this lavish prom night activity? Well, it’s gonna be the same corporations that are hiding hundreds of billions of dollars in their money offshore as far away from the reach of Federal Government. The whole purpose of this year’s Tax Prom, according to the International Business Times, is to give these corporations an opportunity to go talk to leaders in Congress, talk to Vice President Mike Pence, have their lobbyists go around and do the talking in order to get the tax package that Republicans are currently considering in Congress passed and signed into law.

This isn’t about just just giving them a fun night out like prom used to be in high school. This is about lobbying people when they’re maybe having a little bit to drink, maybe feeling a little loose and relaxed, maybe getting access to people you wouldn’t normally have access to. This is wealthy billionaire corporations trying to game the system in a way that average American citizens could never dream because these corporations, again according to the International Business Times, are holdings hundreds of billions of dollars in their assets offshore just so that they don’t have to pay taxes on them. According to the article, if we let them bring that money back and we taxed it at the rate it should be, that would be $150 billion in instant tax revenue for the Federal Government, more than enough to fully fund higher education, college education, for every American citizen and a universal healthcare program just from that one-time tax on these corporations.

Many of the corporations involved in putting on this event were also mentioned in the Paradise Papers that came out earlier this week, something that the media seems to have almost immediately forgotten about. We learn all this great information about corporations hiding money offshore, members in the Trump administration hiding money, Democrats, Republicans, celebrities, and everyone in between hiding money and nobody seems to give a damn. These are important stories, and whether you think it’s interesting or not, that doesn’t make it not newsworthy. Corporations are putting on a Tax Prom for our elected leaders next week just so that they can lobby in favor of a tax cut bill that’s going to screw over average Americans and hand everything over to billionaires, millionaires, and the corporations that they run.

That’s how the government works today. It is stacked against the consumer, stacked against the working class, stacked against the underclass, everything in favor of the wealthy elite. Now I hate to beat a dead horse here, but this is exactly what Bernie Sanders kept talking about during his campaign for presidency, and yet no one, even today, seems to be taking it seriously, not even the media. This is a massive issue. The issue of inequality in the United States is not only not going away but it’s getting worse. And nobody seems to be paying attention to the fact the corporations in this country are getting access to our elected officials, including Vice President Mike Pence, just so that they can lobby them and coerce them into giving them more of our money in the form of tax breaks.