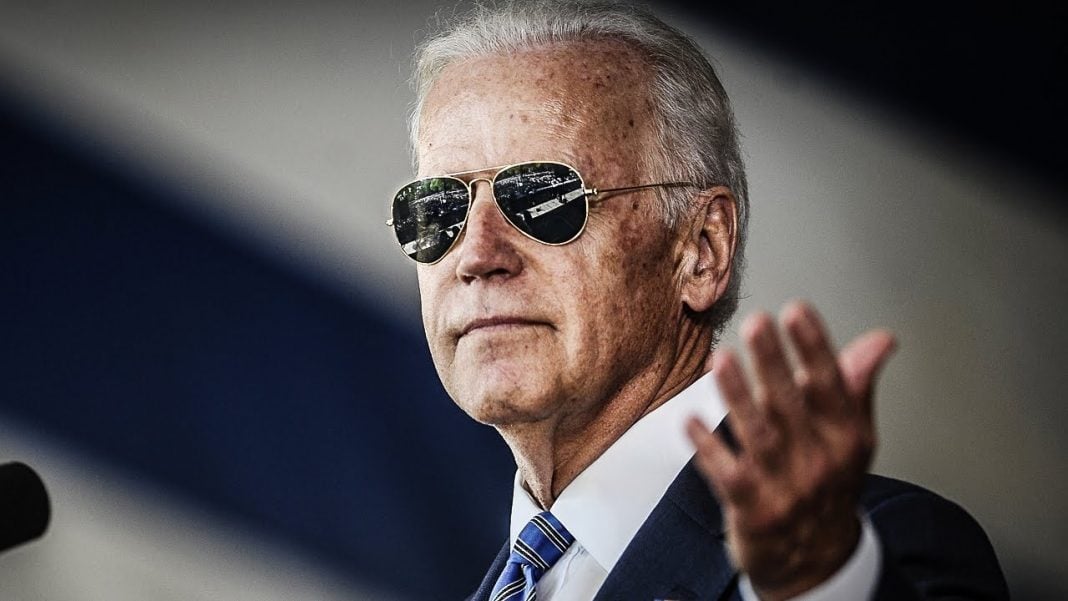 During an event earlier this week, former Vice President Joe Biden took aim at the Republican Party for what he described as their “phony nationalism” saying that it was destroying the fabric of our society. And he’s absolutely correct. Republicans love to wrap themselves in the flag and scream about American being #1, but when it comes to doing things to support and protect this country and its citizens, Republicans always fall flat, as Ring of Fire’s Farron Cousins explains.

Earlier this week, at an event sponsored by Axios, former vice president Joe Biden ripped into the Republican party by attacking what he called their phony nationalism by saying it’s destroying the social fabric of the United States. Here’s the thing, Joe Biden is 100% right. If you actually think that the Republican party cares about the United States as either a country, as a people or a slab of earth, you are absolutely kidding yourselves. Everything the Republican party does is anti-American. Think of it this way. First, let’s look as if the United States is nothing more than a slab of land, a piece of earth, water, rivers, air and dirt and soil. Their anti-environmental policies prove that they don’t care about that. So if America is in fact just a piece of ground, they’ve proven that they do not like it so their phony nationalism rings hollow.

Let’s assume that America refers only to the people who live here. Okay. Well, they’re trying to screw us by taking away social security, Medicare, Medicaid, public education. They’re letting our infrastructure crumble. They’re trying to raise taxes on low income Americans. They want to cut social safety net programs. Again, they’re poisoning us with air and water pollution. They’re trying to let corporations get away with not paying us fair wages. So in terms of America as a people, once again, they’re screwing us over so their phony nationalism once again rings hollow.

Joe Biden, again, 100% right here. The Republican party is filled with phony nationalism. They love to wrap themselves in the flag while they screw over the average American person. The people who go out there who fight our wars. They’re not funding care for veterans. Hell, during the Bush administration, they wouldn’t even fund proper body armor so they don’t care about the troops either. Don’t fall for that lie. The bottom line is that Republicans don’t care about anything but themselves and Joe Biden is absolutely right that not only is it happening but he is completely right to call them out on it and hopefully the American public is going to wake up and understand that the Republican party does not give a damn about you or this country.