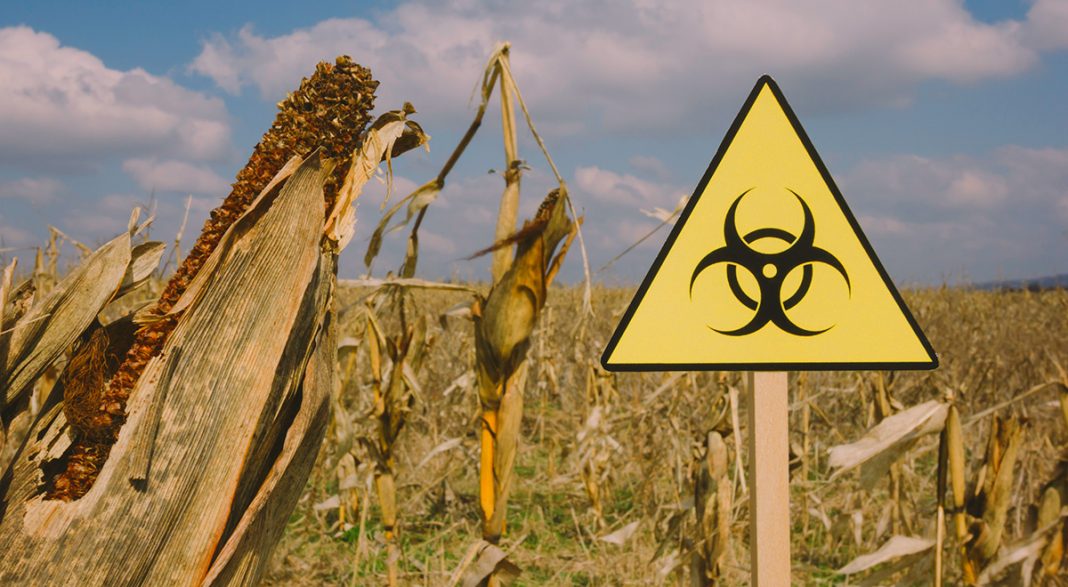 Last month, the Environmental Protection Agency decided to continue to allow farmers to use a “new” formulation of dicamba-based herbicides on their GMO crops – despite the fact that dicamba drift has reduced this year’s soybean harvest in the U.S. by nearly 4 percent.

The EPA, which has been in bed with Monsanto for some time, threw a proverbial bone to environmentalists and organic farmers by adding a few “restrictions,” including limits on when dicamba can be sprayed and requiring farmers to undergo specialized training. However, some scientists at the EPA are wondering if these restrictions will really address the problem.

At a meeting last week of the EPA’s Pesticide Program Dialogue Committee, Reuben Baris, current head of the Office of Pesticide Programs’ herbicide branch, presented facts and figures on dicamba damage from the University of Missouri. Although the data shows that dicamba has been responsible for damaging approximately 3.6 million acres this year alone, Baris assured the agricultural community that the EPA has “tightened the label in the short time we had available…so growers have the information ahead of 2018.”

Other scientists aren’t so certain. Amy Asmus, a member of the Weed Science Society of America’s Herbicide Resistance Education Committee, pointed out that despite “extensive” training in the use of new formulations, dicamba drift remains a problem. “We believe it is properly applied,” Asmus said. “They follow the directions and it’s still off target.”

Another environmentalist at the meeting, Andrew Whittington of the Mississippi Farm Bureau Federation, added, “The changes here are not that significant.”

The bottom line here is that the EPA’s “new” training guidelines are unlikely to fully address the problem of dicamba drift and resultant crop damage. That would be welcome news to Monsanto, because the problem may wind up increasing sales for the agribusiness juggernaut.

Cynthia Palmer, another member of the EPA pesticide advisory committee, fears that continuing dicamba damage will force more farmers to switch to Monsanto’s GMO crops. Although she supports the steps the EPA has taken, she says “It seems like farmers have no choice but to buy dicamba-resistant seeds from Monsanto.”

That tends to raise questions, given the intimate history between the EPA and Monsanto. EPA officials have warned that approval for dicamba could be rescinded if Monsanto fails to come up with effective solutions to the problem – but with tens of millions of dollars in revenue from the sale of GMO seeds on the line, it seems that Monsanto would have little incentive to take action.

Or perhaps that would be their solution – forcing more farmers to adopt the company’s GMO technology. Maybe that’s been the plan all along. If so, it would certainly not be the first time a large corporation with unchecked power has implemented such a business model.